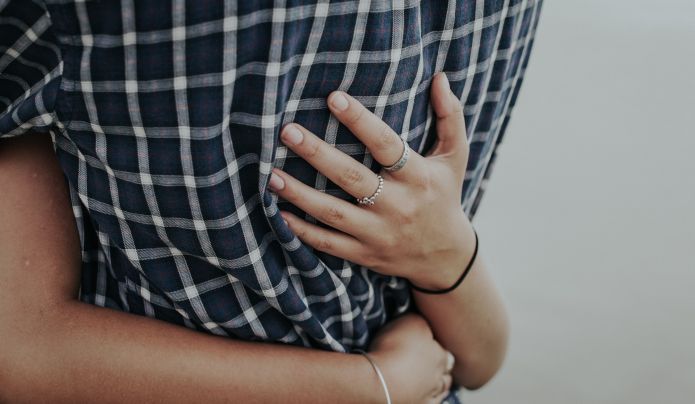 I am 24 years old. I am still struggling to find some stability in my career. I live in Indore currently. It all started like this. I was supposed to appear for an interview in Jabalpur.  I was travelling with my friend and her roommate because all three of us were appearing for the same interview. It was a 12 hour journey by train.

My friend and I boarded the train at 5.30 p.m. from Indore. We would reach Jabalpur the next morning and would have ample time to freshen up before appearing for the interview. My friend’s roommate was going to board the same train from Bhopal. She had got a seat in another compartment, so all three of us planned to meet on the station after we reached Jabalpur at around 5.30 a.m. the next morning. The interview was scheduled at 10.30 a.m.

I was surprised to find a handsome guy with my friend’s roommate.  I was wondering who he was when she told us that he was her brother. I did not expect to meet someone like him so early in the morning.

We said, “Hi!” to him but he did not respond. He just gave us a cold smile.

We reached the venue of the interview on time. All three of us were waiting for someone to call us for the interview. But there was no sign of the interviewer. Maybe he was delayed somewhere. So, as usual, we girls were busy gossiping. My friend’s roommate’s brother had also accompanied her. He was quietly waiting along with us. After a while, he noticed that I was busy chatting with the other two girls.

He told his sister, “Please ask her to shut her mouth. I wonder how she can talk so much!” But his remark did not affect me in the least. We were chatterboxes and we continued chatting.

There was no sign of the interviewer and it was almost lunchtime now. So we went out, had our lunch and returned to the venue. We waited till the evening for the interviewer to arrive and finally he arrived at 6 p.m. We had come all the way from another city to appear for this interview, so we were the first ones to be called. I was called first.

By the time I had finished with the interview, the handsome hunk had gone through all my documents and certificates.

I had left them with my friend. After I finished with the interview, his sister was called for the interview. I now got a chance to talk with him directly. We exchanged some comments with each other. We also exchanged our numbers because his sister’s mobile was switched off.

After all three of us finished the interview, we left for the station immediately. We had to return that very night because we wanted to be in Indore the next morning. My friend was going to her hometown, so she went her way and I waited for the train along with her roommate and her brother. It was then that I realized that her brother would be accompanying us to Indore.

While we were waiting for the train to arrive, I got to know that her brother was younger than me.

Actually, he was still in the 2nd year of college and was pursuing automobile engineering. I was surprised to know this so I wanted to check with him again. When I asked him about it, he said, “Yes.” But it did not affect our conversation in any way. In fact, we got to know that we had a lot of common interests. We had our dinner and continued chatting. We boarded the train and occupied our berths. His sister had already gone to sleep after having her dinner with us.

But both of us did not sleep. We chatted throughout the night.

We reached Indore the next morning. We parted ways. While returning to my place, I wondered why the night had ended. I had not wanted the train to stop. But I realized that nothing was in my hand. I reported for work and was soon caught up with all the pending work that had piled up in my absence.

But something was distracting me all the time. I knew what it was, so just out of curiosity, I pinged him on WhatsApp. He responded very politely.

We started chatting every day and this would continue till late in the night. I became closer to him and he too confessed his feelings for me. He said that though it had not been love at first sight for him, he had fallen for me. But I did not want to confess my true feelings to him.

My father had already started searching for grooms so that I could get married in the near future. I had finished studying and was working now whereas he was still in college. I knew I would not be able to convince my family in case I decided to get married to him. He lived in Bhopal and was studying there.

We met 3 times that year. Our third meeting was the most memorable one because this time I was leaving Indore forever. I had got a job in another city. I had told him that it would not be possible for us to meet again. I had been very clear with him from the start and had told him about my situation now too.

But I got a beautiful reply from him. He said, “You really matter to me. Age is just a number for me.”

He insisted that I meet him before leaving. But I didn’t want to meet him. I thought I could control myself. But I was wrong. I pinged him and told him that I had just boarded the train because I was leaving today. At first he was angry with me because I had not told him about it. But he said, "I would like to meet you." I said,"OK."

I knew the train would stop at the station for only 2 minutes. But he came inside the train and hugged me. I could clearly hear his heart beating at a fast pace. We then shared a long kiss. He hugged me again. The train started.

I requested him to get off the train. But he didn’t want to do so. Somehow, he managed to get out of the train. It was our last meeting. But he still feels the same way about me.

Stolen moments of love create wonderful memories. Share this story because such fleeting beautiful love-filled moments always warm the cockles of our heart.  I’m sure we all will take a trip down memory lane and smile after reading this story.