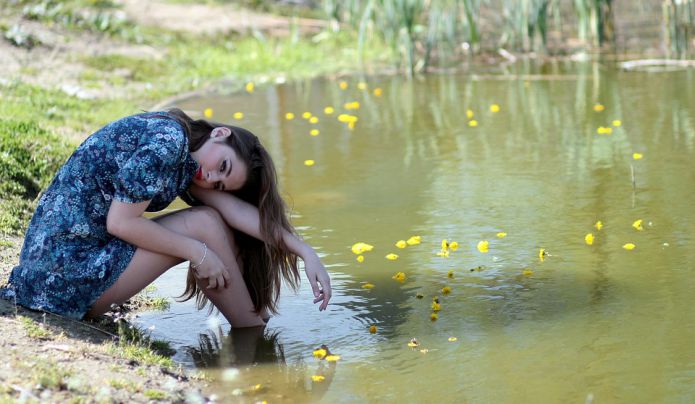 I am not a writer, but this is my contribution to all the girls who think that it's really heartbreaking to move on from one person. But trust me if I have moved on from two people whom I loved a lot, maybe then you can too. Karma has a law: if you don't change your ways then history repeats itself. So whenever you think that why every time bad is happening to you, then you should go and analyse where you have to change your ways. I loved someone very badly. I was literally addicted to him.

He became my day and my night. Without him, I was no one but suddenly he left and I felt like dying.

But you know God is everywhere, so he sent an angel into my life, i.e. my didi. I hated opening up to her at first but as soon as I started my confession at that time, I realized that these type of boys are not worth your while. As I always would listen to my heart so once upon a time, I called him and he said that he missed me but he did wrong with me so even though I said it's okay and we can again come into a relationship, he said no. I was heartbroken again. Then we became friends. At first, he was good then showed his true colours. I asked myself, why was I giving him the key to my happiness? Then came another person who gave me the assurance that he will take care of me. When I told him everything about my ex, like how he would abuse me and call me bad words, he asked me how I handled it. I was happy and sure that he will take care of me.

But he only wanted one thing from me, that was to get intimate. But I wasn't ready so eventually we broke up. He was my world because even when I was heartbroken, I loved him like anything.

So here I am. When I look back, I see that I was the only one wagging my tail behind them. I was the only one who gave them my peace of mind. I know that one day they are going to miss me and I know that karma will haunt them. So to all the girls out there, I want to say: don't give your all if you only get half. Remember, don't ever let your peace of mind be dissected by anyone. If you think it's not working, leave. Leave for the sake of your happiness and self-respect, and eventually for your well being.

Remember, god is watching everything and one day, he will give you the best person, someone who puts as much effort as you made for those cheater boys.

Share this story because majority of the female population out there needs to learn how not to easily hand the keys of their hearts to people who don't deserve it.