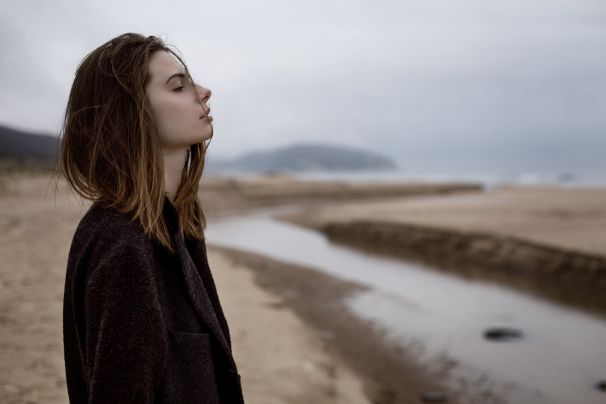 I was a fun, normal girl, who was in a loving relationship with a man, who well, wasn’t too interested in me. Somehow, we managed to drag our relationship for seven long years.

He always refused to commit to me but never cheated. I guess this kept me going; a part of me always wondered if he wanted me for me, or just the me I was in his sheets. I succumbed to his every desire and I just wanted him.

My fairy tale soon got over when he came to me with a marriage proposal, with someone else. My world came crashing down; he was my life.

He did show me some sympathy and even consoled me, but nothing worked. This was nothing less than a slap in my face, but I still tried, desperately to hold on to him. If things could get worse, the date of this wedding, my birthday.

Suddenly from being the famous girlfriend in the group, I became the “other woman”. I wasn’t handling this transition well. On the day of his wedding, he had the audacity to call me, he wanted to wish me; but also wanted me to congratulate him for the wedding.

That afternoon, I wanted to stop the wedding, at any cost. I called him, several times, but he gave his friend his phone and he kept telling me that they were all busy with the wedding festivities. I could hear the music, the drums behind; that day, 24 hours took a long, long time to pass by. I was searching for a place to escape.

Two days later, I got a call from him, he said that he wants to talk. I don’t know why, but I agreed. I was 23, I wasn’t brave enough to walk away from the man of my dreams. After that meeting, he went off, on his honeymoon. And I, I cried in my room, night after night.

I tried to comfort myself, tell myself to be strong, that I was better than this, but really, when the man you love is on his honeymoon, how could you will yourself to be strong? When he came back, he called me again. This time, he cried in front of me. I melted. He apologized. I forgave him.

And after this, we kept meeting, again and again. I knew I should steer clear of his charms, but I was only listening to my heart, not my brain. Soon, my world became colourful again.

But all good things come with a price. And the one I had to pay, after seven years, was a tough one. Suddenly, I was his extramarital affair. And he had a kid. Soon, his marriage was on the rocks and his attention towards me, that was the final nail in the coffin.

At first, I thought I was only attracted to him, but soon, I fell in love with him. He told me the one thing that every third person in an affair wants to hear, he told me he was soon going to leave his wife. And he did. Now the tough part, it was to convince my parents.

I waited for them to agree, and till then, I turned 30. I had been with him for seven, long but beautiful years of my life. I wasn’t ready to give up, but just when I thought all the fights were over, I was faced with the toughest one of my life: He told me his child doesn’t like me and that he’s chosen to stay with his mother. This would mean, that when he wants to meet his own child, he has to go his ex’s house.

Overnight, I became insecure. I fought with him and told me that he had no choice, if he wanted to meet his son, he should visit him at a restaurant or a café, anywhere except her house.

Suddenly, from being the most supportive woman in his life, I’ve become selfish.

He never became the man that I loved and I don’t even want to marry him now. I don’t know what the future holds for us, but I know that I lost: Lost seven years of my life for a man who never once was truly mine to have.

Share this story, because there are some love stories that come neatly with a bow, but there are some that even with a win in the end, doesn't feel like one.