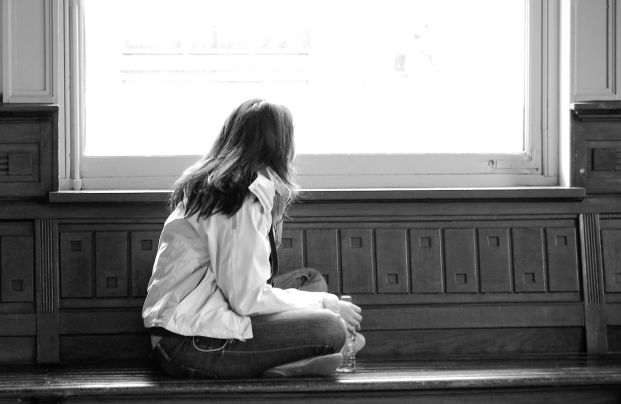 He and I were just like two other people who fell in love, but as all love stories are unique, so was ours.

We crossed paths when we were in school, but both of us were too busy focusing on our future to notice each other. We connected on Facebook, almost eight years later, now as adults who knew what we wanted from our lives. We were both working and independent individuals and so, we decided to go on a date. We tried so hard to impress each other, but it didn’t take all that long, we fell for each other and I proposed to him one beautiful evening.

He said he loves me too, but he was worried because his parents would never agree to our relationship. But of course, I was head over heels in love with him and I never thought of the consequences of my next sentence, “Let’s just see where this goes…” was all I said to him.

You can’t blame me entirely, I wanted to live in the present, and it was perfect.

My world, my life, everything was perfect, only because of him and I cherished every single minute that I got to spend with him. During this time, my parents had begun searching for a man who would be perfect for me to marry.

While all this was going on, I lived in this little bubble of mine; believing that he would be there, that he would fight for me when it mattered the most. But he didn’t. He told me to get married, to the man that my parents found for me.

Nothing that I could say or do could convince him to pick our relationship with his family. I told him that we could win, but he didn’t agree, especially since we belonged to two different castes.

Three beautiful years later, my world came to a shattering end. Somewhere I knew that it was my fault, but I couldn’t stop myself from blaming him for his silence.

Soon, my parents fixed my marriage and I every day till the day of my wedding, I focused on spending every minute of my life forgetting the love of my life and find a way to love this man I was going to be married to.

Finally, the day of my wedding was here and little did I know, but the worst was yet to come.

For my husband, I was nothing but flesh and bones, someone that he could use as he wanted to have sex with and serve his family.

My in-laws began torturing me for dowry. Life changed the once independent girl and I was now dying a slow death. My husband was abusive and even though I tried to talk to my parents about it, they, worried about what society would say, told me to force myself to make my life a normal one.

I had failed; failed in love, I was now failing in life. It was at this point, I realized that a girl belongs to no one once she’s married. My parents managed to convince me to stay back and my husband began to kick me out of the house every single day. I had no idea where to go or what to do.

I even tried to take my own life, but I realized that death would do my parents no good. Finally, a year later, my parents decided to support me and I started working again.

I was dead on the inside, empty when I met him again. The one person who had been my world a few years ago.

I felt some pain in my heart, wondering if we would have gotten married, I wouldn’t have been in this situation. I decided to stay away from him and never contacted him but God keeps playing games with my life and one more was about to start. Slowly, I began wondering if this was a sign and if I was meant to do something about it. I found out that he had shifted cities once I got married and he hasn’t been with anyone after me. I knew he always loved me although all our friends did blame him for not taking a stand and leaving me, I honestly couldn’t get him out of my mind.

We had our own share of arguments, but somehow I felt his pain and the ache in his heart to see the one he loves walking away with another, only because of our castes.

Both of us want to be together now, but this is the worst pain he could inflict upon them, marrying a divorced, inter-caste woman.

He’s soon going to get married to someone from his caste, someone who won’t being shame and pain to his family. I want to hate him for this, but deep down I know that I won’t be able to. I know that he loves me and won’t ever stop. Now, I don’t expect any miracle to happen, I just want peace in my life.

All these years later, I feel that this is the worst phase ever, but everything just gets tougher the next day.

I want to scream, I want someone to hear me; I just want to love and be loved in return. I still want to believe in God and that one day, life will be good to me. The pain of not having the one I love with me, it hurts me, but somewhere, I’m still waiting.

Share this story, to send love and hope to all those women and men out there, who can't win in this game of love.