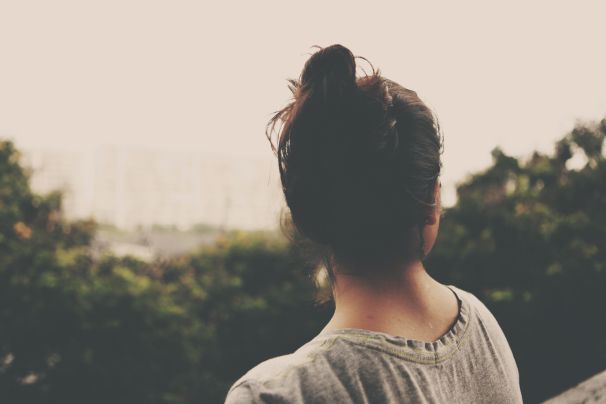 I have been married for five years and every single day I wish I had married my boyfriend, instead. I was 17 years old when I first met him. He was a gentle, kind man and within no time, I fell in love with him. After a few months, I came to know that he was a Muslim. But back then, I was a teenager and was too immature to understand that our differing religions would never let us be together. Soon, I finished school and stepped into college. This was followed with a job.

My boyfriend was with me through every stage of my life and we were very happy together, even in our long distance relationship. Because I lived alone, away from home, it was quite easy for me to share almost all of my time with him on phone. He too used to come to meet me, once a month, every month. We would spend the entire day together.

From a teenager to an adult - I grew up with him. From being a school girl to becoming a working woman, I spent seven long years with him.

I loved him and felt protected and cared for, in his presence.

Eventually, my family started looking for a groom for me. I wanted to get married, yes, but only to my boyfriend. I wanted to tell the truth to my family. I was even ready to run away if my family opposed to our match, but all my plans failed when he refused to fight with his family for me.

He wanted me to give him time for things to get better, but I felt like I had already given him seven years of my life and I didn't want to wait any further. I felt shattered at his decision and broke up with him.

Slowly, I slipped into depression and tried to kill myself, but my parents and my friends supported me in and after a long year, I finally learned how to live without him and agreed to an arranged marriage.

My parents found a suitable boy for me and I agreed to get married to him. I was ready for a fresh start in life and had many hopes from this new relationship, but soon life slapped me hard on my face. My husband turned out to be an alcoholic. The first five months of my marriage were terrible and strangely, I blamed myself for his behavior.

After a few months, however, I met my ex and felt that he realized his mistake and continued to loved me, but I kept a fine line between us and decided to just be friends with him.

I still loved him, I missed the love and care he used to give me but I chose my responsibility towards my husband instead of my love for my ex. I used to speak to him on the phone, once in a month and that was it. I moved ahead in my life and got pregnant. Every one told me that after having a child, my husband will change too and I desperately hoped for it to be true.

I had an extremely difficult pregnancy, but I managed everything all by my self. Nine months later, I gave birth to a beautiful daughter, but nothing changed in my life otherwise. In fact, my responsibilities only increased double fold and with it my problems increased too. It's been five years since my marriage, but my husband is still the same. My ex has continued to support me, all through my difficult times and has never demanded anything in return. We are not together, we don't meet, but I can feel his love and care for me.

7 years of our relationship and 5 years of my marriage later, we still feel the same affection for each other.

I know that somewhere there is a man who can do anything for me and no matter what, he will always be with me and my daughter.

You don't have to live with someone to love them. Despite my husband's behavior, I still fulfill all my responsibilities towards him, but I can't stop myself from thinking about my ex. No, it's not an extra marital affair. It's unconditional love. We don't meet, we don't talk much either, but both of us know that our love exists and forever will.

Your Stories
BAKKAR. CHAI. SUTTA
YOUR STORY
The Golden Bird
STOLEN DIARIES
LIFE IN THE TIMES OF CORONA