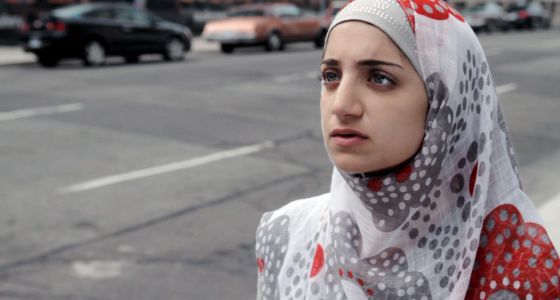 I was a very shy girl in my school days. I rarely talked with anyone. In fact, boys were afraid to talk to me because I was so conservative. My friend circle was limited to a handful of girlfriends. But I was a brilliant student.

After I passed out of 12th standard I got admission in a girls’ college. I felt comfortable here because there were no boys around me. One day, when I was in my second year, I borrowed my mom’s phone. I accidentally opened the internet and found an app that totally changed my life. I registered my number on the app. After a few days, I suddenly remembered what I had done. When I opened the app I saw that I had got several friend requests from boys and girls.

I accepted all the requests from the girls. But I accepted only one request from a boy because he was a Muslim.

I too belong to a Muslim family. I started chatting with him whenever I got a chance. It was a totally different experience for me because it was the first time I was talking with a boy.

We could chat without meeting face to face so I became comfortable with him.

However, I could not do this very often because it was my mom’s phone. I started developing feelings for him. He would deliberately talk about other girls to me to make me jealous but I could not confess my feelings to him. Two months later, I gave him my number. Now, I could call him whenever I got a chance to borrow my mom’s phone. He was working in the navy and had come home on leave.

He proposed to me because he had to report for work in a short while. I clearly told him that I could not accept his proposal because he lived very far away from the state in which I lived. I knew that my parents would never allow me to marry a person living so far away from our hometown.

Maybe I had already considered getting married to him subconsciously and that is why I knew that our relationship had no future.

But after a couple of days, I realized that I had fallen in love with him completely. So I said, “Yes. I will marry you because you are my first love and I want my first love to be my husband.” He said, “OK.”

I did not know that I was just another girl for him at that time. I was too innocent to judge people.

Soon it was time for him to leave because he had to report for work. He couldn’t call me every day. He called me just once in a month. He could not call me at a specific time because of the nature of his work. I found it difficult to talk to him because I did not have my own phone. So, I bought a new phone without my parents’ knowledge.

We talked like this for about a year. We had a smooth-sailing relationship and both of us were happy. I was on cloud nine when I came to know that he was coming back to India on leave. But he started ignoring me after he returned. I was crying all through the day and night.

One day, he suddenly broke up with me saying that his mother would never agree to our match.

I was heartbroken to hear this. I begged him to reconsider his decision. I did every possible thing to make him understand things but in vain.

The actual reason was that there was another girl in his life.

I was doing my post graduation at a good university now and managed to move on with my life. But I would end up crying for him every night.

But after this experience, I felt I knew a lot about boys. I now had a phone of my own. So I knew that he had blocked me from everywhere because he was in a relationship with someone else. I noticed that he was flirting with a lot of girls. I cried a lot on that day.

It was the month of Ramzan. I cried my heart out and the pain was unbearable. One day, I was really surprised to see that he had emailed me. He was begging me to give him my number. I just ignored the message. That is when he told me that he had met with an accident. Though I was totally lost when he told me about it I felt that Karma had played its part in his life.  I gave him my number.

He was crying when he called me and was asking me to forgive him. I forgave him after which he started calling me regularly again.

After three months we had patched up completely. He asked me to give him another chance and I agreed. We had kept in touch for five years now. We fought a lot because he would talk to other girls and flirt with them but he also wanted me to stay with him because he knew the kind of person I was. My academics started suffering due to this relationship. I had failed in one subject for the first time.

But I was sure that he would change one day. I knew I could bring about a change in him. And over a period of time, he changed completely. He was now a good person.

We started planning our marriage. We now had to face the biggest challenge of our lives. We had to get our parents’ consent in order to get married. All my family members were proud of me.

But I got to see their worst side when they came to know about my relationship. I could not deal with my parents now.

He did call my father. But my father clearly refused to talk to him and said that he dare not call him again. He then suggested that we elope. But I was not ready for this. I could never do this to my parents. He understood my point. A year later, we tried to convince our parents about our relationship again. We had been in a relationship for seven years now.

And in all these years I had met him only once when he had come down to my hometown. I had been studying in my university at that time.

But this year, he came to my hometown with his family to ask my parents for my hand in marriage. I was seeing him for the second time now.

And all of a sudden, our Rishta was finalized. We got married and I still think it is a miracle. I was completely amazed that day. That day, I understood the meaning of trusting Allah completely. Our Nikah took place on an auspicious day. The Rukhsati will be next year.

If we love someone with our whole heart and soul, we will never lose that person. My husband is now a changed man. He is all mine now. He takes care of everything for me. I am waiting for the day when he will come and take me to his house.

Share this story because faith and love can indeed work miracles in our lives.

Also Found in Love , Relationships , faith , happily ever after .