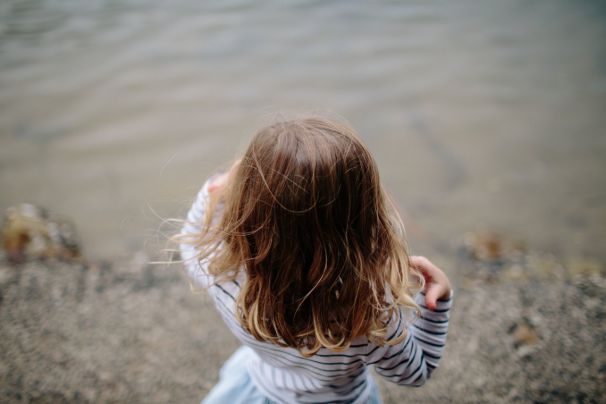 The moment I even think about it, I feel a shiver across my body. The most painful thing that could happen to a 10-year-old child is when her parents don't believe in her. That terrible feeling of hiding your pain, agony, suffering from everyone, even from the people you love.

This was what happened with me when I was just 10 years old in 2010. That was the most dreadful time of my life.

Shifting my school had already brought a lot of emotional stress on me. I felt nostalgic about my former school. I never felt very comfortable in the new school and its atmosphere. The result of which was dreadful, my marks dramatically declined in all of the subjects. My parents were worried but then they appointed a private tutor for me and gave him full authority to scold and beat me. This was where they pushed me into the fire of hell. I was scolded and beaten up severely. It left marks all over my body. This was bearable but then the neglection of my parents gave rise to something that I had never even dreamt of. That tutor molested me in the worst way possible.

Although he didn't rape me, he harassed and humiliated me in such a way that I won't forget it throughout my life.

For a year, I kept on enduring it all. Later he went away, after spoiling my entire childhood. Those times of my life were in misery, I was facing sexual humiliation, emotional stress, thrashing from the teachers at school. At such a tender age, I went into depression. Today I can proudly claim that I am a survivor.

All this helped me emerge and come out as a strong woman.

But the reason behind me living a completely happy and gleeful life after that is because of my 3 friends who stood beside me all these years. They were also children at that time. But still, they made me laugh like any normal child and helped me to live this life fully. They are my friends till now when I am turning into an adult. I am turning 18 this March. I can’t thank them enough for what I became with them for even those 2 hours a day healed the wounds that were both on my body and my soul. One of them is like my twin soul or guardian angel, she came to know about it last year and another is like my younger brother, he is just 2 months younger than me. I haven't told him anything as he is very short tempered.

The third one has the greatest heart anyone could ever possess. He had the greatest contribution in my remission. I love him way too much and he does too, it is a beautiful aspect of my life. He came to know about it just one week back and he cried way too much. When I was facing child abuse, I didn't know what it was or what it is called and still, I faced it, endured it and most importantly I survived it because 3 kids helped me to.

My parents, at times, even feel insecure when they see that I trust my friends more than them but what they forget to realize is that the 3 of them have earned this trust. I love them.

Share this story because it needs to be heard.