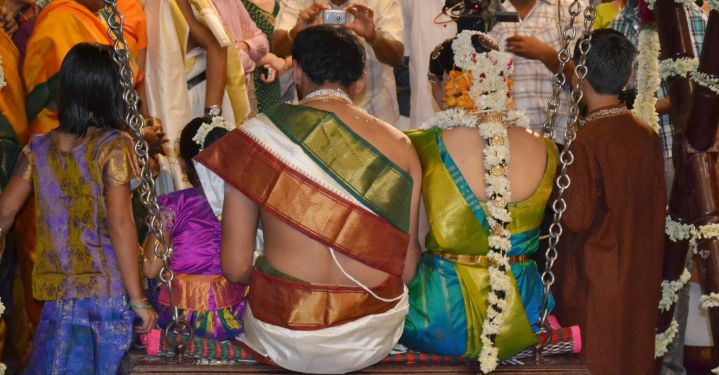 They want to know all of this and more about what goes on in my bedroom.

Well, they haven’t actually expressed this in exactly these words. But they have asked me so many times when am I delivering the ‘Good News’ that I can’t imagine that these are not the things they so desperately want to know. Do they not imagine me with my legs spread wide? Do they not imagine his bare behind? Do they not, with fingers crossed, hope that our condom broke? I am sure they do. Why else would they ask me with gleaming eyes, oh so bright, every time they see me, if I am bringing a baby into this cruel, pretentious, interfering world.

Nothing in this world brings them as much happiness as the mention of our baby, our unborn baby, our baby that doesn’t exist. Last Deepawali, while visiting my grandparents’ big house in the small town, there occurred a new phenomenon. For the first time I was avoiding all possible interactions with my aunts and uncles who were also visiting with their partners and children. These get-togethers happen almost every year during the holiday season. It allows for the extended family to be able to see each other. But unlike the other times, I wanted to keep to myself or even to the young annoying nephews and nieces. The cousins, members of my own generation were the only other tolerable company.

Everybody older had turn demonically intrusive. They wanted to know anything and everything that was undeniably, even for a child, a personal matter. And I was skipping meals, sleeping at odd hours, faking phone calls, even resolving to eaves dropping and hiding behind curtains to ensure that our paths don’t cross. It all so happened the day I reached there. I, along with my mother, walked into the main gate and there they were. The aunts were sitting in the veranda and chatting. Open air echoed with their laughter. The chatter got interjected with several undistinguishable “Aaiye Aaiye”, as they greeted us in. Polly, Jolly, Dolly, Baby, all these aunts who I only know by their pet names, are hard for me to distinguish from each other even by their faces. That is how little I know of them. With her sherbet glass in her hand, one of them grinned and asked me if everything was well.

Affirmative. That left me in awe just for a minute. But...

I wish she had waited for me to keep the luggage I was lugging on the floor and take a breath before throwing the second one. “Koi khushkhabari?” she enquired. And that was it, I turned red. Blood doesn’t flood my face when I am pleasantly embarrassed. It does when I am confused and helpless and wish to ask a thousand ‘whys’. But all I could do was nod my head in negation. They must have misconstrued the angry red of my cheeks as the other kind of red for they didn’t stop enquiring more.

‘Kyun?’ seemed like the worst of their questions. Why. Senseless. What did they want to know? Did they really want to know why I wasn’t getting pregnant? Did they want to know if we were having sex or not? Did they want to know if we were doing it right? What were they expecting as an answer? Were they really expecting me to answer why? I must have lost it when I finally said, “We don’t want to have a child yet”. For a second, I thought I must have hit the nail on the head with my answer because everyone shut up in dismay. No, nobody dropped any glasses or thalis but there was silence for exactly 5 seconds. And it seemed like I had won. But only for 5 seconds for without delay retorted my aunt “Aj kal ke bacche bade tez hain!”

Come on! We all know that ‘tez’, or smart is just another euphuism for ‘badtameez’ or mannerless.

Ah, the irony! Four people trampled the boundaries of my personal life, talked about my sex life, made me wonder if they were imagining me naked and conspiring in their heads against me and my husband by sabotaging our methods of contraception. And at the end of it, all they called me was — mannerless. The audacity! But what could have I done? I bit my tongue and lost that round. After which I lost a few more rounds.

The (extended) family tried to convince me in all ways possible. Be it by giving me babysitting assurance (the way they were putting it, let us call it, babysitting insurance) or a cure to all hormonal problems, they tried it all. The fact that they would think I would be convinced to pop if only someone else would take care of my child, made me wonder if they considered me an idiot. (Isn’t it interesting that these people never mention anything about any financial help what so ever?) The fact that they would assume that I would ever have a baby and raise her to cure myself of hormonal imbalances made me question if they were all idiots. I finally resorted to trying my hardest to avoid any possible encounter with them. With countless such questions on my mind I survived that dreaded week with my relatives.

And I have resolved to deal with this assault at my individualism by avoiding them forever.

A8ti likes to read and write, bake and cook, grow a few plants, and a few other things here and there.