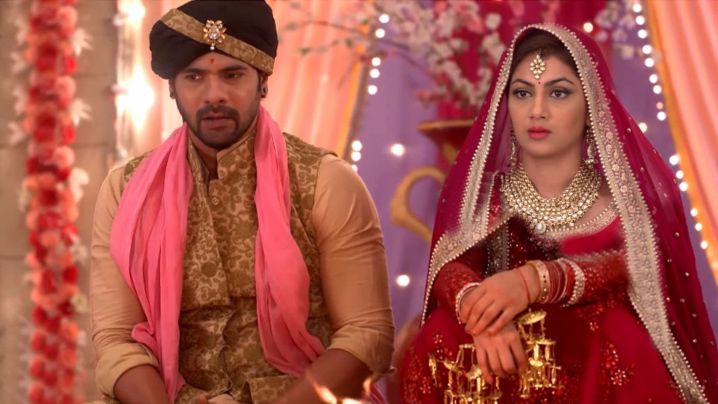 I am a 22 year old Muslim girl. My family is very conservative. I got engaged right after my graduation. After 7 months, simultaneously I got a job offer and I started working. Before  my engagement I was asked to choose a guy among the available choices. I had really no idea what it was going to be about. As a girl, what do I want? I assumed the things like a good job, good looks, good personality, and good character. I said the same. This guy I got engaged to had all these qualities. I really did not speak with him before my engagement as it was our family's decision and our customs to not speak till things were finalised. I was very scared. Whatever we observed was looking fair and I agreed, partly also due to my parents’ pressure.

They told me God has made pairs in heaven and we can’t break them. By saying this, they shut me up.

After a month of my engagement, he started texting me and then started calling me. To say the least, he sounded really boring. I am a person who enjoys every moment in life. I like travelling, late night parties, having fun with friends, learning new things, cooking, reading books and much more. But this person neither has hobbies nor does he speak much. I told my parents about the differences between us and they told me things will definitely change after marriage and that I could change him.

Even though I was not happy, I married him half-heartedly. And to my shock, even after marriage, things remained the same. He is still the same.

He doesn’t want to change. And his family is much more orthodox than ours. And I am a modern girl living with religious values. I tried to adjust but it’s not working out. There’s a world of differences between being told ‘I love you’ and actually feeling loved. Though gifting isn’t a parameter of love, he hasn’t gifted me anything till date, even though I got him a ring on our first meeting. He does not speak much, only talks formally and he expects me to sleep with him every day. How should I even get the sexual feeling after the way he acts?

It’s really frustrating me every day. Even though I tell my parents about this, they tell me to adjust. It’s been 3 months and I'm stuck. Earlier, even though I didn’t love him, at least I liked him. And now I hate him. I don’t know how but every action of his is irritating me. I am better than him in every way. It’s like, in search of a king, I married a Joker!

Listening to my parents and having an arranged marriage will be such a disaster; I didn't know. This is not what I expected. I am very unhappy and depressed.

What should I do? Should I break the marriage? Is it too early to think like this? Even if I want to break the ties, I don’t have a strong reason for why I want to do this.