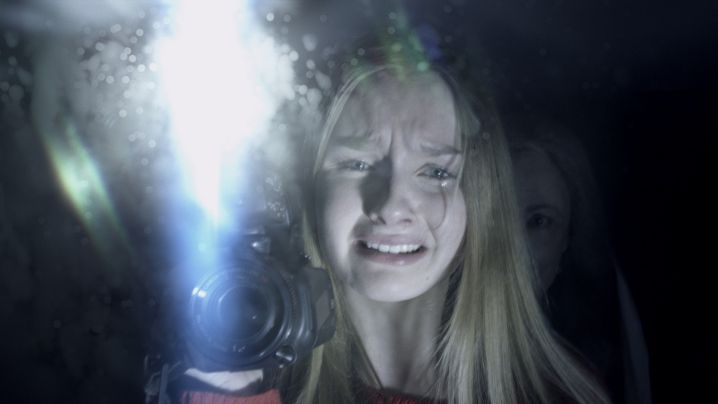 I have had this ability to look into the future for a very long time now. I don't really know if it is a curse or a gift. Sometimes it is difficult to decide this.

I was so embarrassed about this ability that I kept it a secret. I was scared of being ridiculed and did not even talk about it with my best friend at school. I was scared that she wouldn't believe me.

But this ability or my sixth sense got stronger in times of duress.

When I was totally stressed out or really worried, my mind would suddenly get this ability to peek into a future event.

It would play out like a film reel in my mind. I could see a future event unravelling before me.

And sure enough the very next day or in a few hours exactly the same thing would happen. I was shocked by this at first but after a few years, I started expecting these futuristic dreams. Only recently did I realize that this experience could be defined as a premonition.

I had no control over when I would be able to sense something like this. It was unpredictable.

I clearly remember the first time this happened to me. I was in the 7th standard at that time. I was scared of Maths. And the next day we had our Maths exam. I was stressed out and couldn't sleep at night. I woke up the next day in a sleep-deprived state of mind and was in an anxious mood. I was sitting in my school bus and was ready to doze off when I suddenly saw a junior walk into the bus with a new haircut. The other students commented on it and said that she looked so different. She had always had long hair and looked pretty in it. This new bob cut did not suit her.

I woke up suddenly and laughed to myself when I realized that I had been dreaming. But the very next day I was shocked to see the same junior enter the bus with a bob cut.

The other students were commenting on her just like I had visualized it in my subconscious state.

Over time I realized that I could predict other such incidents. Some of them were pretty serious in nature. This scared me. I had a very close friend who had gone to the UK to pursue law. We used to chat with each other frequently and keep in touch via email.

One day, I was suddenly worried about him for no good reason. That day I sensed something sinister would happen.

I visualized that his father (he hadn't spoken to him for years) would suddenly pass away. I had absolutely no reason to think that way. I had never met his father. We had never discussed his relationship with his dad. He had just told me once that his parents had separated when he was 15. I had not asked him any further questions because I thought it would be rude on my part to do so.  And that very same day at noon, I got a mail from my friend in which he told me that he was coming to India as his dad had passed away.

I sat down abruptly because I was totally numb when I read the mail. I just could not believe it.

In the past 10 years, 2 such life-altering incidents took place in my life and sure enough I had known about them even before they took place. I had gone to stay with my sister and her husband. That night after I had finished my dinner I had an uneasy feeling in the pit of my stomach.

I felt as if something bad was going to happen.

I tried sleeping, walking, reading… but that feeling wouldn't leave me. So I closed my eyes and took a deep breath. I saw that my beloved grandfather who was dearer to me than my own father had passed away.

I started crying uncontrollably. I knew it was going to happen. I knew I had no control over it.

And the next day he met with a serious accident. He was rushed to the trauma centre with a head injury. My sister, brother-in-law and I rushed to the hospital. And somehow again I could sense that the right side of his brain would be damaged. I visualized that even if he survived he would end up living like a vegetable. My grandfather had always been a very independent and strong individual. I knew he would never have wanted to live like an invalid.

I knew he would choose to die instead and he did.

All this happened exactly as I had visualized it. He passed away after suffering from an injury on the right side of his brain. He was bleeding from his ear. His report gave the details. After this incident I was heartbroken.

Life continued normally after this. I got a new job at a diagnostic centre. I was the centre head of a hospital in south Delhi. I had a degree in dentistry but opted out of the clinical side to explore the administrative side. I did not like my new job. I saw how a few people exhorted money from innocent patients and made them undergo expensive tests and scans. It was unethical but I chose to remain silent.

Life would later teach me that this was one of my gravest mistakes.

A day after my birthday, I got a call from my mom. I had been angry with her for a silly reason. So I didn't talk to her properly and put down the phone. The next day I happened to pass by a prominent cancer hospital.

I again had a premonition that I was going to lose a dear one at this place.

Exactly one year after I visualized this, I lost my mother to stage 4 naso-pharyngeal carcinoma and multiple organ failures at the same hospital. We tried our best to save her. I even took her to the US but to no avail. I realized how it felt to be on the other side of the table for the first time. For almost a year, I stayed in different hospitals all over Delhi and the US while my mother was undergoing chemotherapy.

I saw how the doctors sometimes treated the patients indifferently. To them, the patients were just a case and nothing beyond that. I saw the malpractices that they indulged in to make money out of someone's misfortune.

I started detesting the field of medicine. I did not have any desire to work in this industry anymore. I left my job and took up freelance content writing after my mom's death. I miss her every day. I wish I could have done something to save her. I wish I had not remained silent when I saw all the malpractice in that south Delhi clinic. Sometimes, I feel that I was being punished for being a part of this industry.

And yes, ever since the day I sensed my mom's death, I have done my best to consciously block out my ability to predict the future.

I have come to realize that any kind of strenuous physical activity (swimming in my case) that tires me and puts me into a deep state of sleep works at blocking out this ability. It does crop up every now and then but now it is mostly either good or neutral.

There are many amongst us who question the power of a higher force. And in being entirely human, we will also oh so naïvely think that we can always control everything in our lives. Do share this story if you too feel that being blessed with such extraordinary abilities can often be a really unnerving experience. Let's learn to value our blessings and our ‘normal'  ‘ordinary' life. Our future looks beautiful only because it is unknown, isn't it?