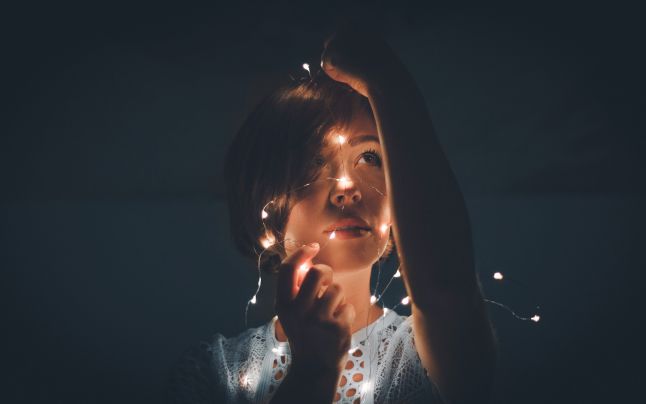 To the person willing to die, I know right now, you’re thinking I’m just one of those people who, without knowing, or understanding you or your pain, I’m judging you for being selfish or weak. But no, I’m not. I know you’re in a lot of pain, a hell lot of pain. I know it hurts to have no one by your side to share this pain with, and that’s why you’ve reached this stage in your life.

I know this because I may at some point in time in my life, I too wanted to end my pain, the way you want to end your life. At the time, death did seem like the easier option than living. I wanted to get out of this labyrinth of sufferings. I know the pain is a lot. Those dark thoughts, they stretch hours into days, days into years and years into centuries. I know that this life has consumed you, entirely. To a point where going on is simply just too painful.

Your actions suggest a longing for purity, simplicity and just, normality. I know that you’re suffering the way no one will understand, or worse, even believe. I know you understand darkness, the way no one else can. But tell me one thing, why do you want to hurt the people who love you, the ones who care for you?

You know what it’s like, when someone walks away; it’s the most difficult and painful thing to happen to anyone. When we lost someone we love, we go through varied emotions that seem to rip our soul apart from the inside out. It feels like someone has stolen a part of you. A very important part of you. The pain doesn’t just fade away, it just increases, with time. And when you do decide to finally move on, we end up finding out that there’s an empty space still left behind. The day you end your sufferings, by ending your life, will also be the start of this never-ending, all-consuming pain in the lives of all those who have spent their time loving you in their lives.

It’s hard to explain, to those who don’t know, what it’s like to lose someone you love, to suicide. It’s hard to quantify that kind of loss or describe the unavoidable hole that’s left behind. To express the lingering sadness that transforms itself over time, attached to your ribs, so that it breathes with you, never truly leaving you from the inside.

The ones who get left behind, they feel guilty. They blame themselves for what happened. In the beginning, they try to rationalize, endlessly. Wondering, if there was something they could have done differently. They understand, that in the end, it’s your decision, but there will never be a day that doesn’t pass by, when they won’t pause their lives, just for a second and wonder, Could I have done something to stop this? Was there something I could have said, to save you?

Some people will call you a coward, some will say you’re weak or even selfish. Your loved ones will hear this, after a while, they won’t have anything else to say, but the broken pieces inside of them will continue to break, piece by piece. Some may even choose to become defensive, angry or even violent. While others, they’ll stop defending. You have some friends who will fight for you, a part of them will use the rage they probably have saved for you, onto others, but they won’t let anyone else say anything else about you.

The guilt is palpable. It attaches itself to your spine and pushes you, ever so slightly, towards the ground; you want something to hold on to. They will always keep thinking how things got so different if there was anything that could have kept you here, right now. Anything, so that you’d still be here.

Nothing is worse than losing someone you love to suicide, because you are left with nothing but regrets, of not being able to love you enough to stop you from ending your life. No matter how much they try to rationalize it, in the end, you’re not there. You’ve gone. Why or how you left this earth, doesn’t make your absence less painful.

The person who commits suicide dies only once. Those left behind, die with every single thought of you that comes to them; some unexpectedly, some as they sit and wonder how it’d be if you were sitting with them this very moment.

Although this is a cliché and you may not believe this right now, things do get better with time. I promise this. Open up, let someone in, so they can find YOU. So, they can find a way to help you through your tough time. No one deserves to go through this alone.

I don't know your story, your pain, your struggle or your reasons. But I will listen to them all. I will always be here, waiting for the chance to hold your hand as long as you need it, until you can rest a little, learn a little and believe in the possibility of a better tomorrow.

Share this story, because everyone has a story, and everyone needs someone to listen.