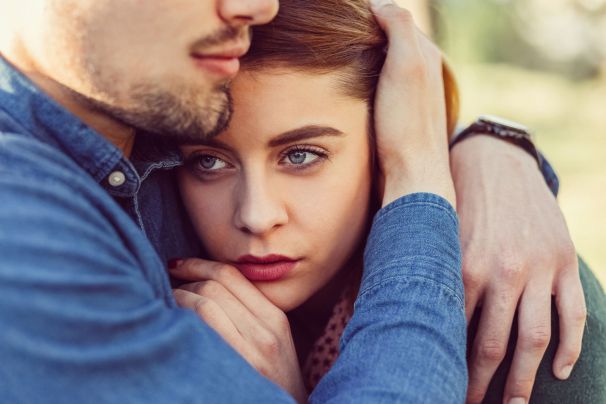 Maybe the reason I’m still I’m still single and stuck in my life is because of the saying, “your first love never goes away…”

We met in school when we were in the 9th grade. She was new to our school and I couldn’t look away. She had the most beautiful eyes I had ever seen. We never spoke to each other, because I always felt that she had a slight attitude problem.

Some of my friends tried to strike a conversation with her, but I still kept my distance. One day, when they weren’t around, I ended up having a long chat with her. We spoke about everything, she told me about her family and how messed up things were. She broke down and told me that it had reached a level where she even bought some poison to try and end her life. Through the conversation, she got extremely emotional and cried.

I stayed quiet for a while, unsure of what to say to her. I tried, in my own way to console her at the time. Only after she promised me that she wouldn’t ever try something like that again.

Through the days, we became closer, in fact, closer than I was with almost any of my other friends who had known me for a longer time. I got to know her family too and there were days when they would reach out to me, and ask me to talk to her if she wasn’t listening to them or doing something that they had asked her to.

Soon, she began getting me chocolates or other gifts. She would write on chits or the back of my books. She would dedicate songs to me and walked with me as I roamed the hallways of our school.

I knew that there was a reason behind this, but I was helpless. I didn’t want to hurt her feelings, especially since I knew the situation she was at with her family. She called me her, “precious gem” and told me that she wouldn’t lose me, ever. I never had a reply for her, except a small smile. Finally, it was the last day of school, everyone was upset, some even shed tears. The next journey of our lives was about to begin.

We left school a little later than usual because of the farewell, so when I went back in to grab my things, it was rather quiet. Suddenly, this girl grabbed my hand and pulled me into an empty classroom. She went down on her knees and said, “Will you love me the way I love you?”.

I was speechless, but not surprised. I held her gently and helped her up. I told her, “Listen, I think we shouldn’t think about all of this. We are good friends and we shouldn’t let these feelings come in the way of something as precious as that.”

We both stood there, facing each other in silence. And then, she put her arms around me and hugged me. For the first time in my life, I felt special. Really, really special. I don’t know how to explain what I was going through, as she wrapped her hands around me. I felt this surge of unconditional love from her. But that’s all.

We got separated, in our own worlds after school got over. For two whole months, we didn’t chat or text. My entire summer vacation, all I could think about was her. Days passed until finally, it was time to return to a new academic year. I couldn’t wait to see her face, those beautiful eyes, again.

She didn’t come on the first day, I tried not to think too much of this and waited, as patiently as I could for the next day to come. She was there; there were days when she missed school and days that she attended. But not a single day had gone by where we didn’t find ourselves staring at each other.

My family has a lot of expectations for me, from my career and my marriage, and I can’t let them down.

Share this story, because first loves are usually the hardest to get over. Show some love.

YOURS GEEKLY
LIFE IS TOUGH
LIFE IN THE TIMES OF CORONA
BAKKAR. CHAI. SUTTA
HOW'S THE JOSH
YOUR STORY