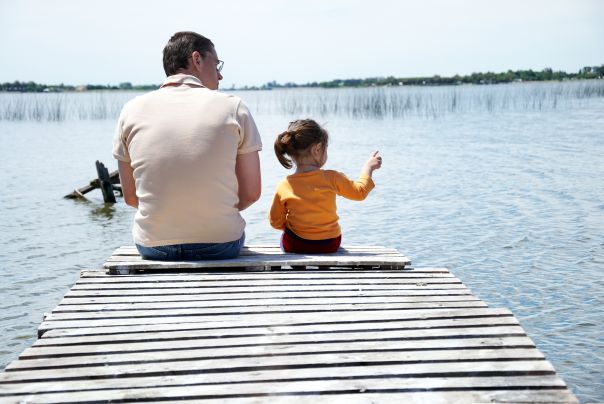 You’re the best thing that ever happened to me, Baba! On a humid Mumbai evening, me and Baba (my father) were traveling in an auto rickshaw and I was cursing him constantly in my mind for not giving me the comfort of a better mode of transport.

Baba was constantly complaining about him wanting to quit his job, a place where he’d been working since the last 19 years and his want to retire and enjoy his life now. To which I bluntly commented, ‘What! How can you even think of such a thing, if you quit who will take care of maa and my needs?” Today it has been 4 years since he has passed away and I can only imagine the heaviness he may have felt in his heart when I told him that. I was 22 years old then and he was 58.

He tried his level best to provide me with the best facilities and I had simply taken that as my base and him for granted. During the remaining trip, all he must have thought about was what kind of a human being my daughter has grown up to be. Someone who only looks up to her father as a source of providing material to her.

It took me 4 years after he passed away to realise the kind of person I had become and I was deeply ashamed of myself. I was 21 years old when I landed myself a well paying job after my engineering and thought that I had everything now.

To such an extent, that I started looking down upon my family members as well. My Baba had gauged it well enough out of experience to realise that I was going out of track and was deeply pained. But I was slowly becoming a slave to money.

One afternoon at work, when I got to know that Baba had passed away due to depression, heart attack and ill health, I didn’t know how to react. I thought I must cry, but I had never cried in the last 20 years or so and hence, I somehow forced a few tears out.

Almost the first thing that came to my mind was now what about the finances and our lives? Although I performed his last rites, I hardly felt anything. Instead, I was thinking about the pay cut I had due to taking extra leave. I left my job soon because I didn’t like it much and continuously was a failure for the next 2-3 years.

I realized the reason very recently. It was Baba. I subconsciously hadn’t recovered from his loss. I had cheated him for whatever he was to me throughout my life. He loved me unconditionally, which I never saw. Whatever I am today, is only because of him. Money had taken over my mind, numbed me at such an early age that I could never truly understand Baba and love him.

It kills me to this day as to how I could get so low and never even try and speak or connect to him. Being the best version of myself especially honing those specific skills that Baba had inculcated in me is the least I can do for him. I feel more connected to him that ever before and am so proud of my Baba. I can only cry for forgiveness and try and reach out to him. You’re the best thing that can ever happen to me, Baba!