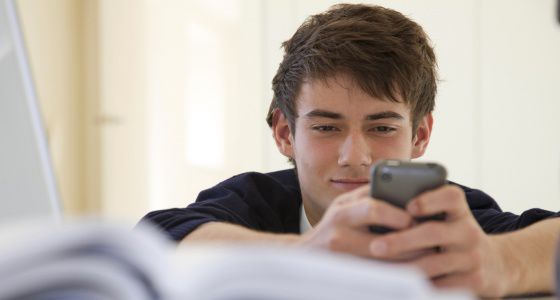 I met this girl on Facebook a few months back and out of the blue one day, I just pinged her after seeing her online. My heart was racing as I hit the send button. A few moments later, my notification light flashed and I felt as if I was going to die out of happiness and joy.

That day, we conversed for an hour and I came to know that she was older than me by a year or two. My mind said, “Dude, back off!! She’s not even going to be friends with you!” But my heart said, “Who cares! Just give it a shot!”

So here’s what happens when the heart makes a fool out of you and makes you take a swing at something that your head doesn’t want to get involved with. It still happened! Our conversation started growing longer and longer each day. Then I came to know that her semester exams were going on. I didn’t want to make anything happen so I thought that it would be better not to force her to talk to me. I accepted this thought and made my peace with it.

After a few days, I came to know that she had a boyfriend. My mind laughed hard at my heart and said, “I told you to stay away from this!” Then I realized that it was okay. I didn’t want to make a big deal out of it. I thought we could still be friends.

But one part of my mind wished for something else. I got into the habit of waking her up every day and wishing her a good morning. I wished her good luck for her exams and everyday at night, I asked her whether she had eaten her dinner. Then I wished her good night. Everything was going on very well and I didn’t expect anything more.

We were just talking casually after a few days. Suddenly, she told me that she had broken up with her boyfriend. Some idiot had falsified a few things and had told her boyfriend about it. She poured her heart out in that conversation and that made me feel that I was indeed someone special to her. She had not shared this with anyone else but me.

My heart seemed to be doing a cheerleading dance but my mind warned me to stay away. Anyway, this went on for a while and both of us were getting along very well. But then, something happened out of the blue. Her internship started and everything just seemed to change. We started talking less now and it was always me who did the talking.

Whenever I used to ask her about it, she used to say she was as busy as hell. I always believed that and was totally fine with it. But being the emotional fool that I am, I started feeling that she might be the one I was looking for.

The guy above always seems to have a different plan for you. He will take away the thing you love and admire, and can’t dream of giving up. He will leave you gasping for breath when you try to hold on to something. Slowly and gradually, when the messages I sent were just blue ticks, I would tell myself everyday that, “I am not going to talk to her anymore!” But alas, I ended up doing the same thing.

Then it struck me that maybe I was being taken for granted. Maybe I was not giving her the space that she needed to lead her life. Whatever the case was, I felt she could have at least just told me so. Today, I made up my mind to end this and I am glad that I did so.  I think I would have hurt myself more if I had held on to this for a longer period of time.

So, I would like to say this to the girl who seemed so perfect:

When you feel something different for a person, please respect that feeling because you may not know what the future might have in store for you.

I wish you all the luck for your future.

A little openness, a little respect and a little trust from a virtual friend would have created a positive impact on this young man’s heart and mind. Share this story because we can ALL learn something from such experiences.