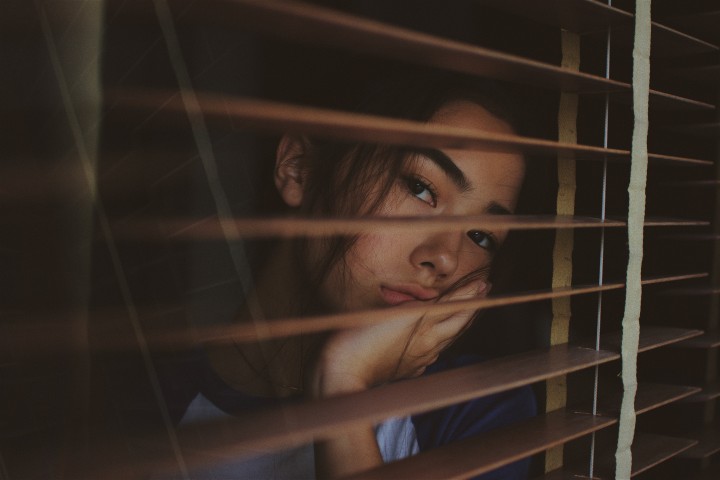 Well to introduce myself, I am a young woman or perhaps, I was too young when the story I am about to narrate happened to me.

When we talk about harassment within families, which person do you think is the victim in most cases? I am sure this one is too simple. A daughter-in-law.

While I feel proud about the actions our societies, government, NGO's have been taking for women empowerment in our country, I know there is still way more to do for the same. However, my story is about exploitation and harassment of family members by a son and a daughter-in-law.

Well, I had 2 elder brothers and beautiful parents. We were a super happy family till my eldest brother got married! Oops not even married, my father had already sensed the upcoming danger after my eldest brother's engagement.

I just overheard him telling my mother during their courtship period, "we are going to get into trouble."

So here I start the narration of the end to our happy family. We welcomed our new bhabhi with tons of love in our house. At the time of her marriage, my father had some health issues and he had started to shoulder most of his business responsibilities on his eldest son (unfortunately my eldest brother).

This made her think that her husband had the upper hand and she could consider herself the only queen of the house and others as mere servants.

Well when people have such mentality, apparently their every action is indicative of that. With each passing day and not even more than a month's time did it take for my parents to forget how to smile. Being born to a responsible father and a deeply loving mother, I was brought up as a queen. My father had earned our bread well enough always to not let anyone insult him or any of his family members. But what if it was his own son, not every parent would have the strength enough to take the right steps.

I also remember him talking to one of his best friends (unfortunately, I overhear too many things) that "what can I do, it's my son who is wrong and not my daughter-in-law?" Yes, we were treated as servants of the house. My mother was asked to serve the food and in case she got a minute late, she would be scolded like hell with words like, "Aapko sunai ni deta hai kya?"

Luckily 2 months after their marriage, I had to go to college to pursue my engineering degree and stayed in the hostel. I was saved from all this drama. But the fear of my parents being exploited always gave me sleepless nights. I remember one incident where I had my father's phone for which my so-called eldest brother had paid, she snatched it away from me saying "it's not yours, this has been brought by my husband."

She had a daughter after a few years. My mother was made to do all her chores, from giving her a bath to cleaning her toilet and everything. She was even scolded ungratefully for the smallest mistake in taking care of the child.

Well 4 years to this and my engineering got over and I got a job offer. However, my joining came late and again I got a chance to spend sometime with my parents (who knew, It was God's plan to let me spend some time with my dad since it was his last few days).

I just remember one horrific incident where my bhabhi had slapped my mother bursting at her with words like, "Aapko hum 1 thappad maar sakte hai. Humko dar nahi lagta." After this incident, a week later my joining letter came and I had to go out of my hometown. And just after a week I left, I heard the news that my father has left to finally a better place.

I loved him a lot but this news still gave me mixed feelings, certainly lots of happiness for the fact that he was rid of this. I knew it for a fact much before that he was only waiting to have me stand on my feet before he planned to go away. After my father's death, my brother asked me to give them a chance.

Unfortunately, I decided to give them a chance only to hear - "Tum jitna kamati ho utna to mai commission baat deta hun" and some from bhabhi like, "Aukat kya hai tumhari?"  All this happened, and even then my family members tried to convince me, "Forget the past. Now you are independent. So these things will become okay." Well my mother also said the same thing, as now she had to look towards her son for her bread (or her selfless love for her son where she didn't want him to be exposed).

My family members, to some extent due to their concerns for my mother and to some extent acknowledging the fact that my eldest brother had good money wanted to convince me to forgive them and start anew.  Certainly, I was clear that this made no sense and I didn't agree with anyone.

As a result, I was ignored by my entire family (extended too) .My own mother had led this thing to save her son. She even told me many times, "Tum to chali jaogi dusre ghar. Tumhe kya hai."  Things did hurt immensely, but I decided to be alone and even break ties with my mother instead of forgiving them.

I was once the most pampered girl I had known. And then, there I was! An orphan with a family of 25 members (yes, we were a joint family, but our business was spread in places due to which we were nuclear in our hometown).  It takes strength to cope up with such situations.

To all women or men reading this, I would just say, we need to focus on ourselves and do the best for our lives. It's okay to be alone but it's not okay to be with people while being a part of something wrong. Just in self, there is immense happiness and your share of happiness would only be dependent on your karma! Happy Reading! :)