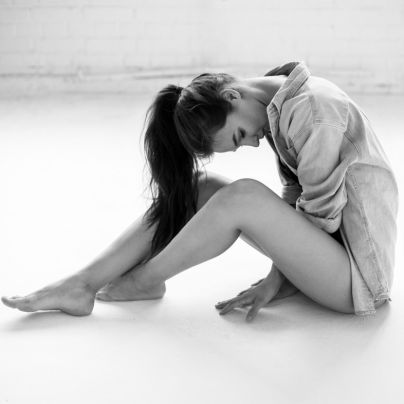 I met him while we were attending a training session in the same company. He is from IIT Kharagpur. I vividly remember that day, when I saw him talking to a girl. I did not feel anything for him that day. After a few days passed, I saw him with one of my friends in the canteen. Two more IITians were sitting with them. I went up to them and introduced myself to everyone. I came to know that he lives in my society. From that day, we became good friends. All of us started hanging out together. One day, this IIT Kharagpur guy said something to me which set him apart from other people, for me.

He said, “You always show others that you are so happy, but deep inside you are hiding something.” I was shocked for a minute. And yes, he was right.

I was concealing my horrible past, which changed my whole life and eventually, his life too. After he said this, I started feeling something for him. I did not know what, but he became special to me from that day. I had started looking for excuses to spend time with him. One day, we all went for a night out. We had a lot of fun. After everyone went home and when Kharagpur guy and I were on the way home, we stopped in the parking area of our society and we started talking to each other. Then I asked him, “Why did you feel that I am hiding something?” He said, “Because I was just like you in the 3rd year of my engineering.” And then he told me about his ex-girlfriend, how she ditched him and that period was hard for him.

And then I told him about my dark past, about which I have never mentioned to anyone. Not even my family. I don’t know why I could talk to him about it, so easily. Probably because I was quite comfortable with him. With him, I felt like I am talking to my own reflection.

After hearing about my past, he cried. He cried for me. I was shocked. Someone who does not even know me too well was here crying for me. That moment made me fall in love with him. Yes, I was in love again. The last time when I was in love with a guy, and when that guy hurt me, I decided that I will never fall in love with anyone again. Ever. But his tears, his care broke my pact. I did not want to fall in love with him, but I had no control over myself. Day by day, my love for him was increasing. One day, I asked him whether he liked anyone from the office. He said yes. I was shattered. But I was happy for him. I asked him her name, but he was not disclosing it. I forced him and that night, he said her name to me.

After that, he had gone somewhere and returned with a small branch of a tree. He made a ring out of it and he sat on his knees in front of me and asked me whether I would like to be his girlfriend. That was the sweetest thing anyone had done for me. I said yes. I was in a relationship with this idiot Kharagpur guy. I was so happy. We even declared our relationship officially, the next day itself. We were the ‘cuties’ of the office. But it all lasted only for a few days. My past ruined everything. I usually have mood swings because of my past. And these mood swings are bad, they make me the complete opposite person I am. My first boyfriend left me because of these mood swings only. I want to have control on my mood swings, but I can’t. Sometimes, I would behave sweetly with him, and this is how I am in reality, but other times, I would get bitter because of my mood swings. He tolerated my mood swings for some time, but slowly he started getting irritated with me. He started ignoring me. Whenever I was sad, he would not come near me. I tried my best to make him realize that these mood swings are just temporary. I just need someone who could understand me, who loves me regardless of my flaws, with whom I could share anything.

I thought that he was the one. But no, he was not ready to face this horrible side of mine.

Today in the office, I was sad. I hadn’t eaten anything since the morning and he did not ask me even once, why am I not eating. I was angry with him. I left the office early. I thought I needed some time alone. But in fact, I needed someone with me. I wanted him to be with me. But he was not. So, I called him and told him that I hate him and cut the phone. He did not call back. I became angrier. And then he faced the most horrible side of mine. I called him and started yelling at him. I told him that he was the worst guy I have ever met. But it was not true. He was the best thing that has happened to me. It was me who ruined everything. I thought he could handle me, that he could change me. But no, I think nobody can change me now. He has blocked me on WhatsApp. I called him, and he was in the bar. He said he did not want to talk to me. He wanted some time alone. He said that he will talk to me in the morning. It’s 2 A.M on a Saturday and I can’t sleep because I know that he is going to break up with me in the morning. I can feel the void in my heart.

I’ll really miss you, my Kharagpur guy. I’ll never forget you. I wish everything gets all right, but I know It is impossible because this time also, my past won.