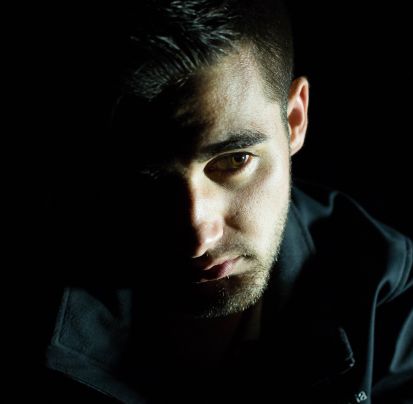 My grandparents lived with my uncle. My uncle was diagnosed with Chronic Lymphocytic Leukemia (CLL). Shortly after that my grandfather had to go in for a bypass surgery after which he was infected with hepatitis. My grandfather’s health started deteriorating now and my uncle was in the last stage of his cancer.

I knew my grandmother would feel very lonely after they passed away.

I had always been very close to her. I knew she had been married to my grandfather for over 65 years. I knew I too would feel lonely because I had lived with them all my life.

I also knew it was my duty to take care of my grandmother. She could not drive and was not confident about taking decisions on her own. She was scared of being on her own.

Of course, I promised to do all this.

My grandfather and my uncle had created a family trust named A/B trust. They had invested their money carefully and had managed to save $2.3 million over their lifetimes.

My sister and I would inherit this legacy from them.

My sister had deliberately not invited my grandparents for her wedding. She had not spoken with them for the past 20 years. They had not set foot in each other’s homes after she got married.

Yet she was a 50% beneficiary of the trust fund. On the other hand, I had sacrificed my life and my career for almost 10 years to take care of my uncle and then my grandmother.

My grandmother had asked me to be her caregiver. I too had planned to do this for her.

But I had not imagined that I would be totally involved in taking care of her for such a long time.

There were sufficient funds in the trust for me to rely on. So I asked her to sign an agreement saying that she would not revoke my trust fund status of being a 50% beneficiary as compensation for being her caregiver.

My grandmother did not even tell me that I was no longer a 50% beneficiary of the A/B trust.

She enjoyed being under my care 24x7. She knew I had been cut off from the trust fund but never informed me about it.

She had never done anything like this to me in her 90+ years. She had been extremely honest at all times especially with me.  I had always been her favourite grandchild. But I came to know about her other side only after she died.

I was born to my mother when she was 17. My grandmother was like my mother to me. My grandparents never argued. They owned two schools. I started working as a janitor in these schools when I was in grade 4. They would go four wheeling in the deserts with the other members of their club. They would take me along with them almost every time.

I was very close to them. My grandfather taught me the importance of a reputation and a man’s word. He taught me how to draw up agreements and told me how important such things often were.

After my grandfather and uncle passed away, a doctor had prescribed Pradaxa to my grandmother. She almost died after taking the first dose. I saw her suffering and but could not see her dying. She had an appointment with a doctor the following week but somehow I sensed that she would be dead if we waited that long. I ignored the advice of all my extended family members and took her to the Emergency Division of a hospital.

The hospitalist said that he had never seen anyone overdosing on Pradaxa. She then said there was no antidote for this drug. She was in the ICU for 3 weeks. After several transfusions and 24x7 care, my grandmother's condition became stable. She now asked my girlfriend to assist me in taking care of her.

She could not use my claw foot tub to have her bath. She insisted that my girlfriend hand wash all her clothes. She had over $ 2 million in the bank and an income of $42K but she would not get a tub or a shower that she could use safely. She imposed upon my poor girlfriend.

She insisted that she bathe her and help her go to the toilet 4 – 6 times during the day and night. She had started wetting her bed now.

But she refused to use the prescribed items to deal with her urinary incontinence at night.

We cooked and cleaned for her. I promised my girlfriend that I would pay her from my half of the benefit whenever I got it. But my grandmother was behaving very badly with us now. She had to be taken to the ICU several times in a month and every time she returned - things just started worsening. She died after about a year but I never knew that all this would have a negative impact on our lives.

The financial planning had not been done ethically. But I came to know about all this when it was already too late. There was a conflict between us now.

Her financial advisor ended up paying a fine of $19k because he had been negligent in performing his duties. I am sure he had never informed my grandmother about all this because she had been smitten by all the attention that he had lavished on her.

At that time I had never been worried about such things because I had never even imagined that this guy was a trustee of the A/B trust too. He had already stashed away $1 million. He thought I knew nothing about the trust and he told my sister that she was getting $250k.

She was so enthralled by the free money that she was getting that she willingly signed a waiver. I told her that this guy was ripping her off and there was over $2 million in that trust.

I had been cut off from the trust over a year back and my grandmother had died just a couple of months back.

This man had got over 6 documents signed by my grandmother when she was sick. He had got these documents signed secretly without letting me know about it. And all this while I had been serving her like a servant.

I did not know what she was doing behind my back and now the only reward that I got for my care and love was impoverishment. I then realized that her financial advisor who was now a trustee of the A/B trust too had the power to remove and change any clause of the A/B trust. He had made my grandmother sign a document which stated this when she was alive.

He should never have become the trustee of that fund and my grandmother made a mistake of giving him the power of attorney when she was alive. All this has already been done and nobody can do anything about it now – not even the judges or the lawyers.

I then discovered how he had done all this. 50% of the A/B trust was irrevocable after my grandfather died. The trust attorney had helped my grandmother hide the defunct B part of the trust.

She had breached her duty as a trustee at that time because she was ignorant of such facts.

Only when I finally got 33% of my money did I learn that all this had been manipulated because it was an A/B trust. I had to find my sister and we had to fight over this issue for years to get what was rightfully due to us else her financial advisor/the new trustee of the A/B trust fund would have ripped me off completely.

I finally ended up with 1/3 of what I had been promised or what I had earned by being her caregiver. I am now relying on this money to plan for my future.

Sometimes we do not even know that our lackadaisical attitude/ignorance/faith in the order of things/goodwill can complicate our lives so much. Some things have to be taken care of at the right time when we are still in our right minds else someone else will end up reaping the fruit of our labour. Do share this story if you too believe that only if we are aware of what is legally/rightfully ours can we safeguard it.