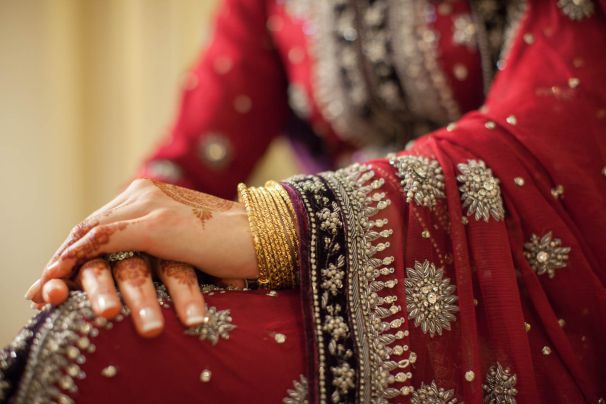 I am an army brat who has led a very liberal and easy going life. Integrity and honesty were my first and foremost virtues. I belonged to no city because we were transferred every 3 years. Adaptability was my biggest asset.

He belonged to a typical conservative Muslim family living for years in a notorious town of west UP. The family was rich and respected. They later entered politics only to become very powerful and connected. He was tall, towering at 6 feet 2 inches and handsome. I was popular, intelligent and the apple of my parent’s eyes. We met in college.

At my ripe age of only 18, he swore to pursue me until I became his possession. Needless to say, he won and how. I was swept off my feet. He became my hero. He was my everything.

We had a loving relationship for 7 years and 4 months. It was wild, passionate and so deep that we were touted as the 'Perfect Couple'. That was, however, far from the truth. We were a classic example of "opposites attract". Nonetheless I trusted him with my life. I loved him with my complete being. My feelings for him were so strongly reciprocated that even though religion was a big obstacle in our lives, it could easily be surmounted.

He promised me marriage every day and envisioning our life together as husband and wife was like second nature to us.

I was aware of the lengths to which I had to transform myself but being a woman truly deeply in love, those adjustments only felt minuscule even though they were life altering changes.

I had prepared myself to live in a joint family, in one city, to pursue a mediocre career and even give it up if required. I was ready to convert to Islam and adopt their habits. I was willing to fight the world and fight I did, but all alone, just to be with him.

I also assumed that after marriage with so much restructuring, I might feel caged. But, I was more than willing to take that risk with the hope that he'd always be there to soothe my pain.

Our relationship converted into a long distance relationship after three years of being together because he shifted to his hometown. He left his studies mid way to pursue his passion — Politics. ‘We’ and his promises were the same. Beautiful and convincing. The only difference was that instead of meeting everyday or once a week, we met for a week in 2 months. Calls and messages were exchanged every six hours. We always woke up and slept hearing each other’s voice.

It was fantastic, until it wasn't.

On 13th Feb 2017, at 3 am, less than a month away from our supposed marriage date (a court date of 9th March 2017 was given by him to me without his parental support, stating that he would convince his family after marrying me), a power took over me and I got curious.

Suspicion led to the activation of my detective skills and I found the kind of truth that shook me to the core.

Deleted messages on his Facebook account was my primary source; I was informed that he was engaged since 2015. Confrontation led to spilling of more secrets and I was finally broken with too much information in my hands. He was involved with many girls and engaged to one but he still claimed that I was his only love and that he wanted to marry me. So I had to end it and had to let him go.

I could only conclude that he would have hidden his true self from me till our nikah. He would have found some way to not undergo a court marriage and would have kept me as his second wife or would've continued our bond till he had to get married to a girl of his parents' choice. Then he would have left me high and dry.

He knew that I could never share him with anyone else so he hid the facts, in order to suppress them as long as he could or till I was in a situation of no return.

I honestly believe I was saved by God's grace. He never left any evidence in so many years for me to suspect a debauchery of this magnitude. How I stumbled upon those deleted messages without a name, without any lead, is still a blur.

I was in a relationship with a man who actually did not exist. His love, his care was maybe true but no doubt, full of selfishness. He was a charmer. A compulsive liar who manipulated everyone so convincingly that it was bordering psychotic. Who he truly is, what he did, why he did it, what he would do now, is known only to him.

I am only aware of one truth that come what may, even though I still and will always love the man I thought he was, I can never allow him to come back in my life. I seriously hope that I can pick myself up and face the world that would have a lot of questions and many versions to my answers.

My heart is broken but not my spirit. However, the memory is still too fresh to judge what lies ahead.

Please share this story if you think that what the author did was the right thing to do.