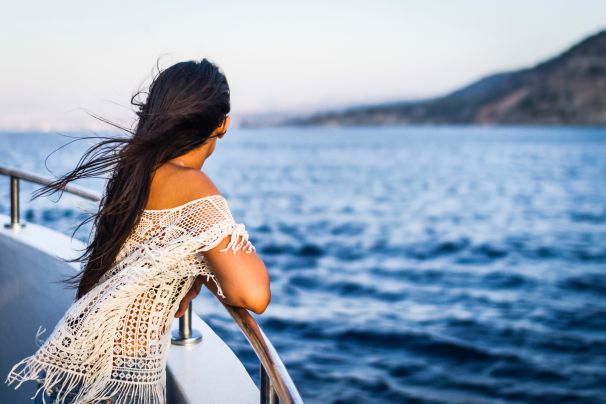 Basically, I am an introvert, very shy and reserved. My dad expired when I was three months old. My mother remarried, and I had grown up in my grandpa's home. I had a horrible childhood. I don't know what exactly came over me, but I started becoming comfortable with being alone.

I missed receiving parental care and love that other children got. I never tried to mingle with my relatives or friends. I hardly had two or three friends.

After joining engineering college, people started making fun of me for not being active or enthusiastic. Then I met a guy, my first love, my Shinchan. The first time when I saw him, I felt that I had seen him somewhere. I felt some connection between us. I wanted to talk to him, but I am a shy person. A few weeks later, somehow, I managed to start the conversation and I felt very comfortable with him. We would always chat and never spoke in person even though he was my classmate.

One day, I couldn't resist my feelings anymore and I proposed to him.

Then he told me about his past, that he was struggling to move on from his recent breakup. He asked me to give him some time to decide. I agreed, and we became good friends. We would share everything with each other. Whenever he said that he was crying for his ex, I would also end up in tears because I couldn’t do anything for him. I asked him whether he still loved her. He said, “No, I don't want her back".

I never had any attachments in my life. Seriously, I'm a stone-hearted girl. But I was strongly attached to him.

He was caring and compassionate towards me. Everything seemed so beautiful. In the classroom, we would stare at each other secretly, but we never spoke directly. He tried many times to make me talk to him, but I was too afraid. Two months passed and suddenly one day, he said that he just liked me but never loved me and he cannot fall in love with me because he still loves his ex.

My heart was broken that day. All my dreams were shattered.

I could never have imagined my life without him and I cannot imagine someone else taking his place. I cried like anything. I cried so hard that my stomach was in pain. I never depended on anyone emotionally except this person. He became my world, my happiness. But one thing that still gave me hope was that his ex-girlfriend had moved on and that she didn’t love him anymore. I had faith that one day he would understand the intensity of my love and come back.

He stopped texting me. But I could not control myself. I was already addicted to him.

From the past 8 months, every time I initiated a conversation, his short replies hurt me a lot. I understand him, and I can't blame him for anything. It was not his fault. I asked him if we could be friends and he said yes, so now we are just friends. But my heart isn't accepting him as a friend. Deep inside, I just want to hug him and burst into tears. But I can't even dare to talk to him. Every time I see him, my heart beats a bit faster.

Every time I see his smile, I forget my pain and get a flicker of hope that says he is mine. He showed me the meaning of true love.

I don't know where life takes me now, but I'm here hoping that you'll find your way back to me. Just keep smiling and be happy my dear Shinchan. Your jaanu will be there for you, no matter what. I love you!