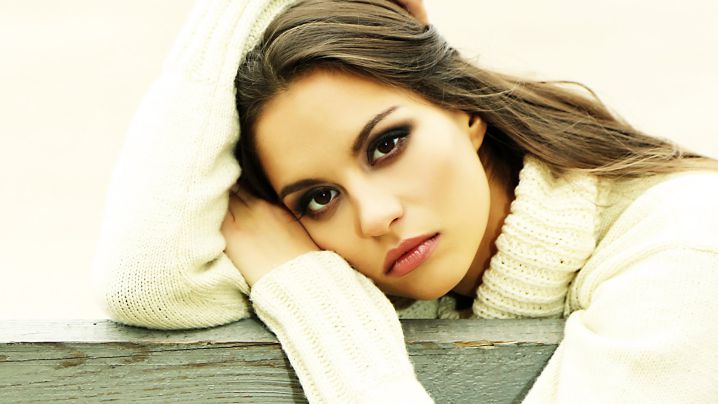 People say marriages are made in heaven. In India, most of the marriages happen in an arranged way.

People only praise the good things about arrange marriage like how it beautifully brings two families together and when horoscope, education, and status everything match, it seems perfect.

But does anyone think about the rejection that happens and how it can leave a deep scar on you?

I am a girl and I am not generalising anything. Girls and guys both get rejected and it equally affects them. It can be painful. I can’t say for others but I had an experience which left a deep scare in me. I just got rejected by a guy in an arranged marriage set up.

Within a week, my life turned upside down and two weeks before, I didn’t even know if he existed.

It all started when he sent an interest to my profile in a matrimonial site. He was working abroad and our horoscope matched. Both the families were interested and to be honest, his family was a tad more.

His family told my parents that he wished to talk to me before our meeting to break the ice. We agreed.

He called and sounded like a perfect gentleman. One week was left for the meeting. I reached home and we used to chat in between. He sounded friendly and interested in this match. He talked about his future plans which involved me. He even talked about things which I hadn't thought yet. He made me think about a future with him.

The wait was over and they came to our home to meet me. They looked like a nice and well-behaved family. His father basically did an interview with me. He asked me questions about what extracurricular activities I was interested in and I was studying, my future plans and all other typical questions.

I was always an above average student with a good educational background wherein he was least interested in my studies. We talked alone for two hours and our family also had their conversation. He was the perfect match for me in many ways by looks, family, place and everything. The only thing that bothered us was his job which was not that great. But we thought to ignore it because the family was really good and no one can get everything perfect. They went back and we waited for their reply.

I was 99% sure that this match will happen. Because we had developed a rapport, at least that's what I thought.

After two days, he messaged me saying that they were not proceeding with this and he wanted to say goodbye. My hopes and happiness crashed down within a second.

I thought maybe he didn't find me compatible when we talked. Even I was a little apprehensive at first because he sounded little serious and self-centred to me. But I ignored everything. Like I said no one is perfect. I tried to sound as dignified as possible and told him that it was ok. That I was a little upset but it’s ok. To which he replied that it was his dad's decision, not his and he would have said yes. This broke me further. But I wished him all the best for his future.

That was the last conversation we had ever had. Neither did he reply back nor was he bothered to give me a reason for the rejection. I didn't even get a closure.

I don't know what happened that made his dad think it was a bad match. I wanted to know the reason but at the same time, I didn’t want to. I knew our families were of the same status and my parents were well employed. His family was equally good. If status was the case, then we should have rejected him for his education and job.

I am 28 and my parents are trying to get me married as soon as possible.

Like that he just vanished from my life. He was in my life for just two weeks and left after hurting me badly. Before knowing him I was a perfectly happy person. Now I am the opposite I feel broken.

I know I shouldn't be wasting my tears on such a person who was interested in me one minute before but flipped in another.

I don't understand how he doesn't feel a thing after discussing future plans for like two hours. I know in arranged marriages parents have the biggest say. But how can someone easily forget a person who was a prospective partner and walks away just like that? I am not overreacting. This is not the first time I am having heartbreak. But every time, it hurts exactly like the last time. I know he was not my boyfriend nor our marriage was fixed and broken. But when you talk to someone and they give you hopes of being together forever, it hurts when you realise that it is not going to happen.

I got this rejection news on my way back to the city where I stay. My heart broke when I was not surrounded by my family or friends. I was left all alone to weep and heal. He just walked away like nothing happened.

I was the first girl he met for marriage and he told me that his friends were telling him to meet a lot before 'choosing' one.

Maybe he wanted to look for better 'options'. Maybe his family thought their son could find better girls. Let it be.

I just wish it doesn't happen to me again. It hurts badly when you are rejected by someone you barely know. It attacks your self-esteem. You feel a lot angry and you can’t do anything about it. I didn't get a chance to answer back. I know I am better off without a guy who doesn't even have his own opinion or who don't know what empathy is.

One week has passed since this incident and I still haven't forgotten him and our talks.

The wound is still fresh. I don't know how long it will take for me to be the same happy girl like I was before. He was neither my boyfriend nor my fiancé. I hadn’t even met him until the marriage proposal. I hardly had any clue that he even existed before all of this happened. Still, he managed to leave a scar behind; a scar which still hurts badly.

They say we meet a person for a reason. Perhaps, this was to make her strong. Share this story if you agree that we eventually learn to move on.