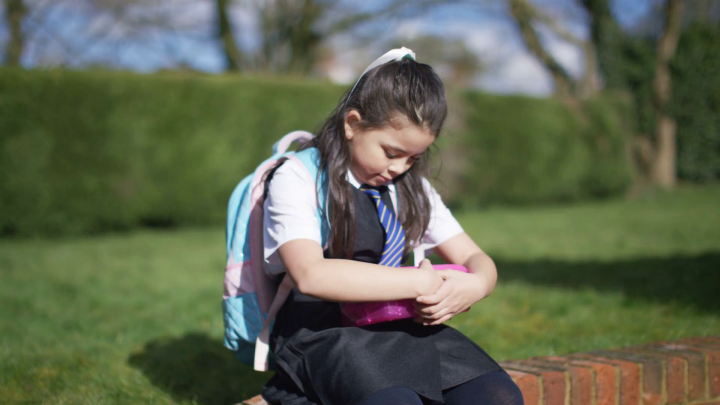 I had the misfortune of studying in a school where all of us were made to focus only on one thing – getting good grades. So, until my middle school, the grades that I scored mattered more than my interest in other extra-curricular activities.

It did not matter that some students excelled in arts or sports or had great leadership skills. We just needed to have great grades to back up all these other activities. Our teachers always looked down upon the 'average' or 'below average' students.

According to them such students were a disgrace to society.

I was a 'below average' student so I would be picked up on in the class constantly by my teachers. They would insult me and ask the other students not to mingle with me. I was made to sit separately from the other kids who did well. So often I would end up eating my lunch all by myself. Students like me would be punished immediately if we talked in class but the above average student would let off the hook with a smile. This is what it was like to study in one of the most prestigious schools in my city.

I hated going to school.

It looked like a big burden to me. I would try to escape the misery that I experienced in the classroom by creating my own mental space.

And one fine day I realized that my creativity gave me immense happiness.

I hadn’t always hated going to school. Things just changed when I could not understand and cope with the high level of Math and Science. I found it difficult to learn other languages, unlike my other classmates who mastered the nuances quickly.

I just could not keep pace with their progress. And when I asked my teachers to explain things to me again – they would embarrass me in front of the whole class. So, eventually, I just stopped asking them my doubts.

I loved participating in all the activities. I never missed a single sports day and every time I would win in all the events that I participated in. I would also participate in all the art competitions. But I never won a prize in any of these competitions, even though my work was better than the others.

I still remember the day when we had a mehendi competition. We all had to apply mehendi on our own hands. The girl next to me was clumsy and she was making a mess of it. The work of the other girls was simply amazing. But I was surprised when the winners were announced.  The girl sitting next to me had got the second place! We all knew that this had happened because she always scored good grades in academics.

I came home and told my parents about it. But they didn’t think much of it.

We then had a drawing competition. I had drawn a picture of a park.

One of my teachers looked at my work, called out to me in front of the whole class and asked me if I had copied the drawing or traced it from somewhere.

I was shocked. I said, “No. I drew it right here. You can ask the student who was sitting next to me.” She then said, “I don’t believe you. You must draw the whole thing all over again. But this time you must sit in the front row where I can see you.”

Somehow my teachers thought that just because I did not get good grades in academics, I was incapable of doing anything properly. This kind of discrimination scarred me emotionally. I was too young to understand that they were being unfair with me. Their insults affected me deeply.

It was then that I started crying when I had to go to school. I would manipulate things to avoid school altogether. I felt I didn’t belong there.

I felt alone in a class of 87 students and a school full of adults because they were highly biased in their thinking.

We would have a sports period just once in a week. And I would get punished for talking on the ground. I would then be sent back to class to write an imposition. This was just plain cruelty.

I don't have even one happy or pleasant memory of that school. In fact, I never felt happy on my birthday too in that school.

Things started falling into place in my life once I changed my school. I was finally given the freedom to breathe and to be who I was and who I wanted to be.

Suddenly my 'below average' grades became 'above average'. I did not even know that I was so highly creative. I started creating great pieces of art. I played all kinds of games not just once in a week but every single day. I realized that I had leadership skills. I was amazed to discover that I excelled at extempore.

I loved going to school now. I did not miss even a single day of school without a real reason.

But I will never forget my days in that school. I felt as if the whole world was scrutinizing me. I felt that everyone was constantly judging me for my dismal academic performance. I was too young to know what I was experiencing. I knew I was doing my best to perform. But I also knew that I was unable to match the expectations of my teachers and parents. Sometimes I felt unwanted.

I did not even know that my parents could create such a big difference in my life. I’m glad my parents realized what I was going through – else I would have ended up living a life full of regrets.

A parent's intuitive perception can make a huge difference in a child's progress. My parents realized that I was feeling suffocated in that school. They did not pressurize me in any way for my non-performance. Instead, they tried to see things from my perspective. They did not feel I was wrong. They tried to do what was right for me. And that has made all the difference in my life. I know I am what I am today only because my parents understood what I was going through.

As parents, we all can give our children only one gift that will last them their lifetime – quality education. Maybe the educators are highly qualified in reputed institutions. Maybe the infrastructure is amazing. But let’s ask ourselves this question: Is our child learning anything here? Share this story because despite all our expertise and knowledge – all of us are failures – if we are unable to simplify our knowledge to make all our children understand what we are trying to teach.