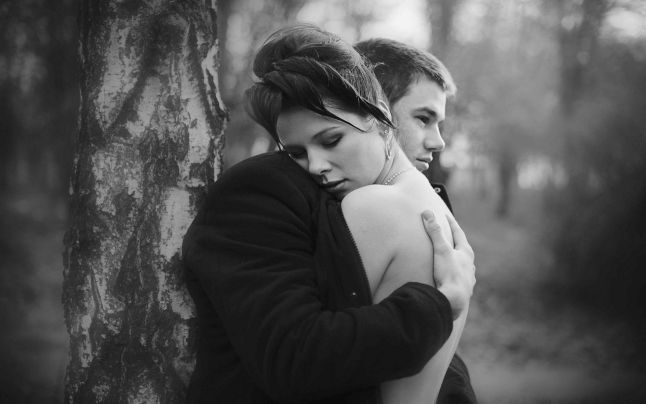 Raj (I have changed the name here) and I met at a very tender age. I was in sixth grade and he was appearing for his higher secondary board exams. We met in our English tuition class. The same tutor taught us both. He literally saw how our relationship was growing every day.

I still recall the first time I met him. The situation was far from perfect. I had been riding my way back home after my tuition when I accidentally rammed my bicycle into him. Even today he says he fell in love with me at that very moment. But honestly speaking, I did not even notice him that day. I just about managed to pick up my bicycle and ride back home at top speed. The next time I met him in my English tuition class.

I did notice that he was interested in my life. I just thought it was infatuation or something like that. I was very young and at that age, I did not even know the meaning of ‘love'.

I belong to an orthodox Bengali family. My mother is as strict as Hitler. My father passed away when I was two and half years old. I was in my seventh grade and was preparing for my final exams when my mother came to know about our relationship. She did not approve of our relationship at all but I was adamant about not giving it up.

I was beaten up every single day for this.

I ended up failing in my history paper. My mother then decided to give me another chance. She did not object to our relationship for the next couple of months.

Her only condition was that our relationship should not affect my academics in any way. This proved to be a great relief to me.

But after a while, we started fighting with each other over minor matters. Sometimes our fights became ugly.

Every time we fought, our families would come together to resolve our problem.

After one such fight, I really thought that things were over between us. But I decided to give him one more chance. I told him not to include our families in our personal fights and that our fights should remain just between the two of us. He agreed to this.

From then on he never discussed our fights with his or my family.

Things were going on quite well between us. I would stay at his place most of the time. I would eat with him and his family. We had already been together for around 5 years now.

Sometimes I felt I was leading a married life even before getting married to him. His parents treated me like their daughter and our life was like a fairy tale.

After being with him for almost 6 years, it was time for me to appear for my twelfth-grade board exams. Unfortunately, my boyfriend and I ended up having a terrible fight just a couple of months before my board exams. We decided to break up. I was severely depressed and decided to end my life because by this time every member of my family knew about our relationship.

Breaking up with him had simply never been an option for me. I decided to end my life but thankfully I failed.

I was hospitalized for 5 days and was admitted to the ICU. For the first two days, I was clueless about what was happening around me. I regained my consciousness on the third day. When I opened my eyes, the first thing I saw was that he was standing by my bed.

The nurse told me that he had not gone home for the past two days.

He stayed with me in the hospital for five days – till I was discharged. He accompanied me to my house when I was discharged. But the doctors had told my mother that I was suffering from severe depression and had to go in for counselling to overcome it. After attending four counselling sessions things are back to normal today. We continue to fight over minor issues but I believe this is normal in all relationships.

Now I know that nothing can really break our relationship.

I still remember the day when I was getting discharged. He had been standing all alone in a corner. My mom was busy completing all the formalities for getting me discharged. I walked up to him and asked him what had happened. I could sense that he had been weeping.

He looked at me with tears in his eyes and said, "My world had stopped for the last 5 days. I lost track of time."

"I couldn't see you lying unconscious on the hospital bed with saline running down your body. I wanted to see you moving, jumping, dancing and laughing…but most of all I wanted to see you holding my hands!" That is when I too broke down and started crying.

Today, we have been together for 11 years. Our relationship has become stronger with time and in all probability, we will be getting married next year.

I don't know if you are reading this or if you will ever read this. But I wanted to tell you something. We have been through a lot and will have to face many more hurdles in future too. Today – all I can say is that – I LOVE YOU. I love you to the moon and back.

We are all blessed to experience something as beautiful as ‘life' and ‘love'. Let's not ever consider giving up our lives when things go wrong in our relationships. The pain is unbearable and may sear our soul. That does not mean we opt out of life itself. Let's remember that the relationship is more important than the issue. Do share this story if you too believe that love gives us the strength to surmount all the challenges of life.