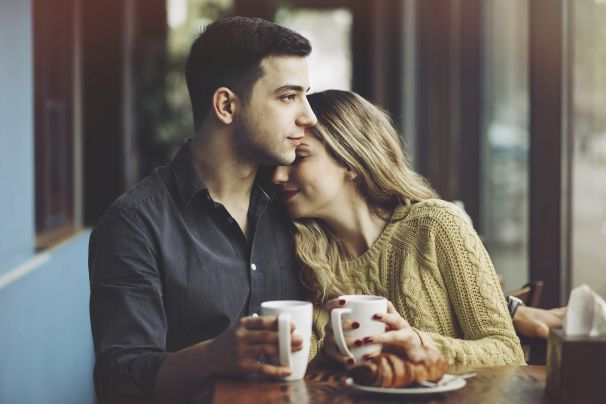 It will be hard for me to forget the moments of our initial conversations when she became a prime choice for my life partner. That night she was drinking alcohol with one of her school friends who is currently working in Delhi. After going out of control, she called me and shared her depression about career and life partner.

It was hard for me to think positive about her as she called me while drinking with a boy at 12:00 AM in the night. However, the way she explained her struggle of childhood when she was always compared to her sister, she was encouraged to crack the most prestigious and toughest engineering entrance of country. She tried her best to prove herself and that touched my heart.

Even after cracking the toughest examination, she failed to gain equal love and respect in the family as compared to her sister. Her unique character and depression regarding proving herself had made an impression in my mind that she needed a lot of love and care.

In the first impression, I found her very simple and thought that she only needed love, care, and respect from her life partner. I started loving her simplicity and much lower expectations from a life partner. I was very much impressed that she had let go of a highly paid job just for the social services that she had taken up.

I liked her ideas of gender equality and boycott of expensive marriage and promotion of court marriage. This led to an extreme level of confidence in my heart as she had no issue with my outer appearance.

However, suddenly after a meeting, I was questioned about outer appearance which shocked me. I know phone call and the real life is two different things. Honestly speaking, she too looked average but I was committed to myself because of her assumed simple character. We were in touch with each since the last few months.

We were continuously in touch with each other even after meeting. She said that she needed some more time to decide about our future. I tried to give in all my best to the relationship but, I never got 100% assurance about marriage and I was being questioned about several other things like career and personality repeatedly which lowered my confidence.

Whenever I asked about marriage, she wanted more time to think. Time was running out and several months passed by, from the day of our first meeting. This led to desperation as a part of my life. This desperation changed me. I became quiet and quick-tempered. Whenever I tried to show my concern, I was allusive and she was blunt. I started avoiding my friends. It became hard for me to socialize and live a normal life.

She expressed her love and care many times when I was in extreme level of desperation but most of the times it was just sympathy towards me. This confusion led to several events that finally led to our breakup.

We started chasing each other repeatedly. However, it became a continuous cycle. Sometimes I chased her and sometimes the other way round by showing temporary love and care. But, finally a time came when I reached my escape velocity and I committed to myself that no string can hold me back for sure.

So far, I had a faith inside me that she also loves me and she is just unable to express this because of her faulty nature which was completely opposite to my first impression or that she may have a family issue. But, my faith turned out to be meaningless as her love and care were not persistent. She only showed her love when I tried to walk out of her life. I wondered if she was just a rude and a blunt girl because of her lower self-esteem.

I knew that she liked my academic achievements and caring nature. This led to a deep confusion inside my heart. I always acknowledged her confusion and had given her enough opportunity to run this relationship with mutual understanding and respect. But my desperation with her rigidity and one-sided expectations had never allowed this to happen.

Things I have done in past were against my identity. I will regret all the time for my actions like sleeping with her, calling her relatives to convince her, chasing her repeatedly, making a fake social media profile to know her preferences and comparing myself with others.

She wanted to meet again. I was worried, what if we ended up having sex yet again? I wanted to get married to her and not just have sex. Neither is she wrong nor am I. We are just not compatible and I should let her go.

On several occasions, she said that “I am unable to love you the way you love me and so it will be an injustice for you to go ahead with me”.

I know that she is a good person and I wish her a bright future personally and professionally, but I am all set to start a new journey with my academic goals.

Share this story because people who love truly learn to let go even if it hurts them.