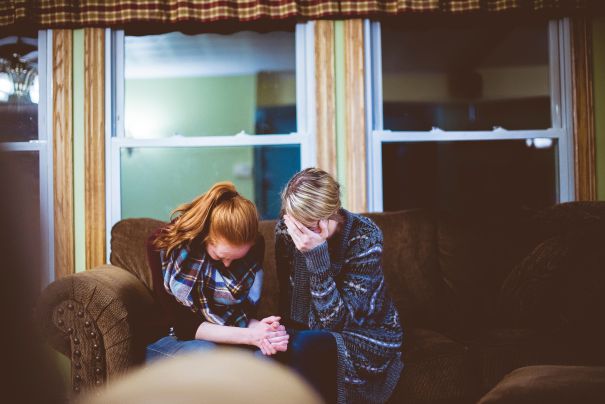 It started when my brother's marriage was arranged by my parents. We belong to a joint family and my father follows everything that his relatives say. These relatives didn't really like the girl that my parents had chosen for my brother and so they tried to create problems for us in the marriage too. But as usual, my father didn't say a word to them.

When all the wedding ceremonies concluded, my father's relatives started acting fake in front of my bhabhi and created a nice image of themselves in front of her. We tried to explain to her that they weren't nice and would try to create problems between us by brain washing her. Even though bhabhi acted as if she understood what we were trying to tell her, but she didn't maintain her distance from them. In fact, every time they came home, she would spend many hours talking to them.

We sensed something fishy and soon realized that bhabhi was creating a good image in front of her father-in-law, but didn't respect him in reality.

We also noticed that bhabhi was gluttonous. She used to eat without offering food to anyone else, even if we were all present in the same room as her. To make it worse, she would keep staring at our plates whenever we would sit down to eat ourselves. Her father used to come to our house empty-handed and we found this behavior very odd, because we didn't treat them this way. We always carried sweets whenever we visited them.

Once her father visited our home and gave us envelopes while leaving. My mother requested him not to give us money like this, to which he replied that we would finish this off too, anyway. We were stunned by his reply. If this wasn't enough, her mother's first visit to our home was even more weird. My mother and I prepared food for her, but my bhabhi didn't even have the courtesy to ask my mother to sit down with her and her mother while eating. On her part, her mother hasn't invited us over, till date.

My bhabhi talks on the phone for hours and we don't disturb her ever. While we wait for her to have breakfast with us, she doesn't even bother to ask anyone else and eats alone. She knows that my mother doesn't eat food prepared outside the home, but she hardly concerns her with all this and finishes off everything recklessly. She asks my brother to bring fruit juice for her. Initially, she used to offer it to me, but I was too shy to take any of it. Then, one day I took a couple of sips from her juice and since then she has stopped offering anything to me, as well.

My brother doesn't say a word to his wife. He has become her parrot, repeating what she says and doing what she wants him to do.

He never even tries to understand our point of view. My father too turns a blind eye to all her mischief. I had hoped that my bhabhi would be like a daughter to my parents and like a sister to me, but she has killed all our hopes.

The only time her parents invited my family was at Holi and even then they did not offer us anything to eat. Can you even imagine how embarrassed we were made to feel? It's like my bhabhi enjoys doing the very thing that my mother asks her not to. I thought that my family would come closer to each other with my brother's marriage, but I have no such hope now.

My mother and I don't know what to do save our family.