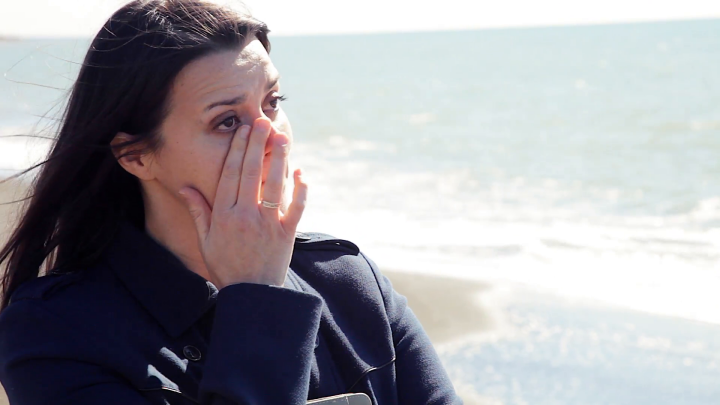 I was 19 when I got married. It’s not really an age when you can understand the ways of the world.

My husband is a wonderful man. He’s given me everything that I have in my life and made me the person I am today. I pushed myself to complete my education, post-graduation and even started working, in the beginning, it was against the wishes of my in-laws, but eventually, they started pushing me to study and work too.

Soon, my kids came along and my family was complete. I supported my husband in everything that he did and we were blessed with his success and progress.

I could balance my work life as well as my children and in-laws and in spite of minor hardships, I managed to do this just fine.

My teaching profession kept me busy but also gave me enough time to ensure that my kids had at least one parent at home to help around with their homework, or to just be there.

After 18 years of our marriage, we have a beautiful daughter who is about to start college and a loving son who will soon move into high-school. I have found in-laws who care about me and have found a way to accept my choice of studying further and I have a husband who puts me ahead of himself in everything. What more could I ask for?

But as usual, things change and so do people. I don’t know how or when, but the love between us drifted away. Our busy lives allowed us to be with our children and our family, but what we didn’t realize is that it kept us away from each other. Gradually, we became two different people, with two different lives. Soon, our opinions on all matters began changing. He began drinking and smoking, said it was a social habit, but I know it was much, much more. Apart from his eating habits, it was this part that bothered me, the part where he didn’t care about his health or looks. Home suddenly became a silent abode.

Suddenly our bedroom wasn’t a space where we could be intimate but one where we would stay behind because of our arguments. Our family and kids were totally clueless about the situation we were in.

That’s when He came in to my life.

He joined as a colleague and everything between us was normal and friendly. We were just two married people who worked together and became good friends. He was slightly younger than me and was happily married. It all began with us just sharing things and talking in our breaks. Gradually, as we spoke, we realized that we were getting closer, emotionally. Our break-time conversations turned into good morning messages and soon proceeded to long calls over the phone, whenever we could manage.

We would talk about everything, from our kids, their education, new movies, songs, family troubles and worries, and so much more.

As this continued, my world began to change, for the better. I was smiling more and felt happy after years. There was absolutely no expectations from either of us and neither did we ask the other for anything. We never even went out together and always had our limits clearly defined. But eventually, we grew even more attached, to a point where we could even complete each other’s sentences.

At least I had someone to talk to, when everyone else, including my children, were busy in their own worlds. He made me feel important and made me laugh for those few moments when we would catch up. He was an anchor in my turbulent life. All he had to do was stare into my eyes silently and we could hear volumes being spoken and verses being written.

We also knew how we felt about each other, but the word ‘Love’ was never mentioned once.

Then slowly, it all stopped. The messages, the jokes, the sharing of information, the professional help, everything- it was almost as if he exercised his right to withdraw, that he always spoke about, even without telling me.

Initially, it didn’t bother me, as we continued to work together and bumped into each other in college corridors. But as I kept thinking about it, I suddenly felt a whole new vacuum in my life. I could not comprehend the fact that someone could just disconnect the way he did. I felt emotionally used.

On the other hand, it also kept bothering me to even think that I could have just been a pastime for him. That I was his slice of fun on the side. I had fallen in love with the way he respected me and spoke to me. I knew nothing more would happen, but I also knew that I had never asked him to leave.

I found myself waiting for over three years to get some kind of explanation from his side. But all I got was silence.

There were many lonely nights after this; I would cry myself to sleep but then wake up in the morning, wash my face and go about performing my duties as a wife, mother, daughter, and daughter-in-law. After three years, the cloudy skies cleared. My husband had to shift to another city, far, far away. It was a new beginning for me. I was elated to go away from this place, but at the same time, I knew that I was dreading the fact that I would not see him again.

When the day came to leave, I was shocked when he began crying. He begged me not to let go. I couldn’t understand why he was speaking like this all of a sudden.

He explained that his wife had found out about our closeness and she didn’t like it. She had stopped trusting him and told him that he had to stay away from me. I almost died of guilt, I knew that I would never be able to face him or her again. I couldn’t be the “other woman” who spoils their relationship.

Now, it’s been two years since I’ve seen him. I think about him every single day, sometimes through the day. At times, I get this longing to call him, to laugh with him again… but I’ve managed to stop myself every single time.

I’m trying to move on with the world around me, but I’m still stuck to that moment, two years ago, when he held my hand, cried and begged me not to leave him.

Share this story, to send strength to all those women who are trying to balance their work-life worlds and are wondering where they went wrong when love walks out the door.