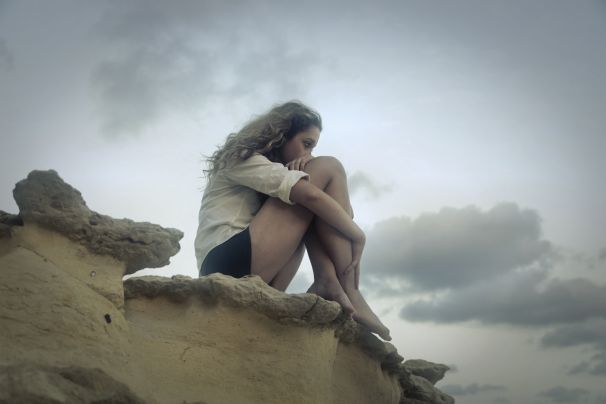 Hi! AkkarBakkar has always given me new sets of stories, which make me feel that whatever I faced my life was very less, compared to stories over here. But still, I've always wanted to share my story here. My name is Riya and I am from Hyderabad. I was always this timid, not-so-popular girl in college, who always got bullied by her looks. I had been in a very abusive relationship, where I used to get beaten by my boyfriend all the time.

When my undergrad got over, I got the opportunity to live my own life, where I can go wherever I choose and work there.

I chose to work in this Bangalore, which was such a happening place last year. I met a few amazing people in the 3 months I was there and then I got transferred to Chennai, where I again felt a loneliness which crept over me in many ways.

I heard about this app called Tinder.

I met many people on it, who were creepy and not my type. One day, when I was travelling to Vizag to attend a friend’s wedding, Boom! I matched with a guy who was on holiday in India, from the US.

We spoke about our likes, dislikes and our past relationships.

I felt some connection with him and I couldn’t control myself emotionally, knowing that he will be leaving the country in a week. Though we never met after he left, we still stayed in touch through social media, video calls, WhatsApp etc.Thus, he became a most important part of my life.

I, who lost interest in life started hoping something good shall happen me again.

I tried to keep him happy and did not want to lose him. Whereas, He wanted everything, but was never ready for a commitment coz of his family issues and dark past. I tried a lot, to bring him out of everything, but my trials were vain. We had skype sex,late-night Watsapp calls and did almost everything intimate. But, when I asked him for some form of commitment, he either used to get angry or say I already knew of his condition.

Post-December, he changed a lot.

He became cranky and stopped taking my calls. While I spent the new year crying in a corner of my room. It then turned into an on again/off again situation, wherein he used to say he was unwell/ busy at work etc and find all the possible reasons to avoid me. I relapsed into depression and had to go consult a psychiatrist to get my counselling done. I then received a call from him, out of the blue and I end up him of these things. Boom! He stopped replying to my texts and blocked me in all ways possible.

My only question now is don't I require an explanation, of what happened that he had to ghost me all of a sudden?

What if I did do something to my self? My only question is - is it my mistake to expect happiness in my life? I have lost trust in people now. I now believe that everyone's face is hidden under the mask. I, Who was an active girl, have now become silent, timid and not so ambitious. Thanks for everything Mr Jerk.

If you ever read this, have the decency to explain why you did this to me.

Share this story if you think modern day dating has become a sham.