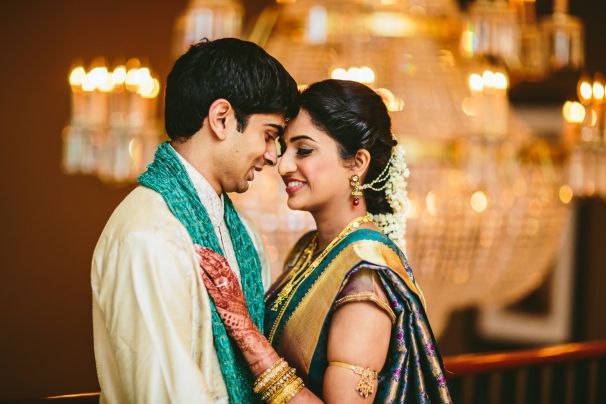 "Talk less, listen more." Most women including myself have heard this statement numerous times. And this cliched statement is most heard just before marriage and in the early years of marriage. We have been constantly told that this is the survival mantra for a daughter-in-law to share a good bonding with her mother-in-law.

Less than a month into marriage, I noticed my husband clearing off his dinner plate from the dinner table and putting it in the sink for a wash. We were at my mother's house. My mother told him he could leave the plate on the table. Whoop-dee-doo, he cleared his plate every single time after that.

Society has a double standard when it comes to sons-in-law. It was the same at my place too. But to him, gender should not be incidental to the double standard being applied. I agree with him. He tried to accommodate himself not as a son-in-law but as a member of the family.

Then I observed the way he was received by my parents and how they sent us off after our stay- no special treatments. No longer serving the dishes of his choice. In fact, my mom made him eat dill leaves which he never liked, reasoning that its a good source of calcium and iron. I saw him literally swallowing it without chewing.

After a while I said, “You need not eat dill leaves to make my parents happy. You could have politely declined.” He said, “I now feel like one amongst you all. How it tasted to me is not important. What's important is that it’s nutritious and beneficial to my health.” He added, “I know very well that I need not eat dill leaves to make your parents happy. Taking appropriate care of their daughter itself will give them great joy. I ate dill leaves because that's the way she expressed her care towards me and I reciprocated. That's it, no big deal.”

“Good heavens above,” I sighed.

As the years passed, he surprised me more with his humble behaviour; not just towards me but to my family as well. Then came a point where several things started bothering me.

I often saw him do things like going to an ATM to withdraw money for my dad (from my dad’s account of course), going to a nearby hardware shop to buy plumbing supplies, rushing to buy a confectionery when we were expecting guests, and when there’s a function at home, he would be handed a list of things to be brought from the grocer, decorating the house entrance with flowers, what-not.

It's not the tasks he was being asked to do that upset me, but the frequency of it. Me being the one who always shoots from the hip, I screamed at my parents for making the son-in-law do petty jobs frequently which can actually be done by themselves or someone else. My husband sat me down and explained to me how unjustifiable my behaviour was.

He said, “In my opinion, the duties I have towards my parents will be applicable to the parents-in-law too. How can anyone quantify the work I do for my family? The man who feels he has no duties towards his wife’s family is selfish.” I realised how wrong and unreasonable I was.

My elder sister always helped my mom with household chores much more than I did and I respect that quality of hers the most. The same equation should be applied in this case too, I thought. His words crossed my mind several times and each time it crossed, I felt prouder than ever of him.

Yes, I learnt from my husband that just like daughters-in-law, sons-in-law too have responsibilities. It depends on how the individual can be loving and dutiful. And I personally feel, the phrase “Talk less, listen more” doesn’t fit well between daughter-in-law and mother-in-law nor it fits between son-in-law and his in-laws. It's a different formula altogether. Actually, not just one formula, but many.

A man who doesn’t know his own family will probably never know his wife’s family well. Few good men know their family, and the family they married into very well. It indicates that they care and they were raised right. My mother-in-law deserves an extra measure of appreciation in this regard. I am happy every day because of the way she raised her son; the most amazing man I have ever met.

Each member of the family should contribute to the joy of others to build a happy home.