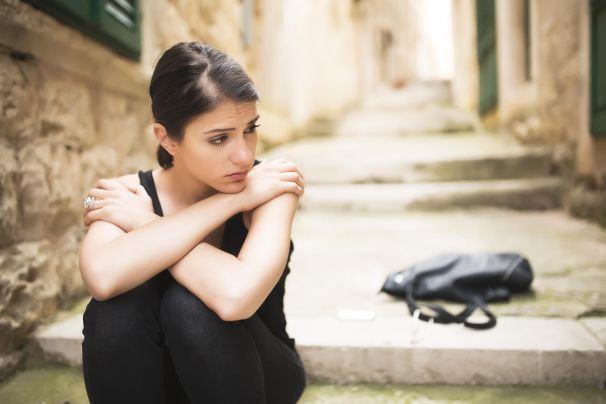 Today, I want to tell you about pain. No, this is not my pain but the pain that he endured for me. He made me smile, he taught me how to dream and he made me realize the meaning of true love.

We had nothing in common other than our religion. Our family status did not match and that became our biggest enemy.

I fell in love with the best guy on earth; he was my world and my happiness. I knew that he loved me too but we never expressed our love for each other. Before we could confess our feelings, his marriage was fixed. The person I loved deeply is now another girl's husband. But whom could I blame?

He had never said that he loved me so he was not at fault.

I was depressed. I still dreamed about being with him to the extent that I was willing to be his second wife. However, I was in my 30s and my family started forcing me to get married. I said no to several alliances. Then came a guy who was in love with me for three years.

We got married and life was going well but I could not forget my first love. I would often talk to my friend about him. She advised me not to think about him but my mind refused to let go of his memories.

One day, my friend lost her cool and yelled at me. She said, “Do you how much he has sacrificed for your happiness? He gave up on you just to see you happy, so stop thinking about him and be happy with your husband.”

I didn't understand a single word she said. When I asked her to explain, she made an excuse of being busy and hung up. I realized that she was hiding something from me. I kept messaging and calling her till she agreed to tell me the truth. She said that he was also in love with me and had told his mother about his love.

His mom knew me very well and though she treated me like her daughter, she was not ready to accept me as her daughter-in-law due to our family status.

He fought and argued with her but she was not ready to budge. Ultimately, she asked him to promise that he’d forget me and get married to her brother's daughter. He respected his mother a lot, so he gave in and agreed to tie the knot. I was always sure that he loved me but when he married someone else, I thought that he didn't care about me.

I was hurt that he did not stand up for me and sacrificed our love because of his mother.

But the reason for his sacrifice left me speechless. My friend said that he wanted to see me happy and hence sacrificed his love and his own happiness. Once again, I was confused by this revelation. She explained that no guy would openly agree that his mom would not allow his wife to live peacefully but he did. He didn’t want me to regret marrying him.

He knew that his mother would not allow me to lead a happy life, so he chose to sacrifice his love.

When he got to know that I was getting engaged to someone else, he did a background check on the guy. He did it to make sure that I got the happiness that I would never get in his house. He always thought about my happiness and the only thing he got was pain. I was shattered when I realized that he loved me so deeply and did so much for my happiness and future.

I definitely have a good life now but I didn’t know that his sacrifice has given me this life.

When we love someone, we dream of getting married but we often forget about the adjustments the girl would have to make. But he thought about everything.

People may call him spineless because he didn't go against his mother but I understand the real reason for his sacrifice.

My happiness was his only wish and I will make him happy by staying happy. I just want him to know that I am living a happy life with my husband and in return, I want him also to forget all the pain and be happy. And if there is a next life, I wish that I can be his wife and love him unconditionally.

Share this story because it is a beautiful example of selfless love.