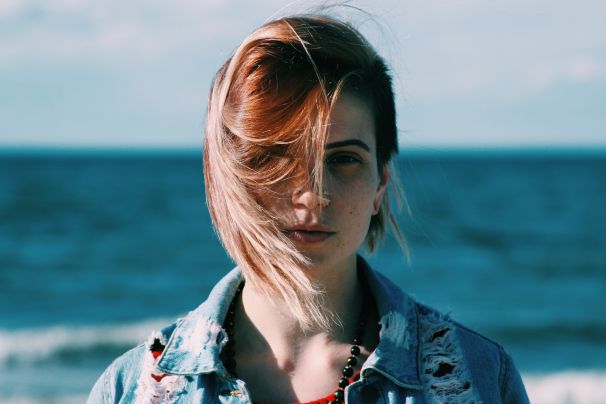 I’ve stopped believing in the concept of friendship after my best friend of 14 years stabbed me in the back. I was devastated beyond words.

How could someone be so comfortable stabbing a best friend in the back? Somehow, I put all those memories behind me. I tried to move on from her. And quite honestly, I did succeed. And that’s when he happened; I met my real best friend. Until the day I met him, I always believed that a girl and a guy can’t be “just friends”. But after I met him, I realized how wrong I was about this. I’m a Hindu girl, and he’s a Muslim. He’s a total gentleman. He’s reserved, wise, thoughtful, calm but has this air of arrogance around him, that is intimidating and yet, extremely attractive.

My classmates created a group on WhatsApp and added all our students to it. I didn’t even know he was in the same class as I was until he texted me one day. At first, I didn’t feel comfortable talking to him but still replied. We spoke a little bit, but that was it. The next day, I had to go to college for a ‘no due’ certificate and he called me on my number. He had come to college, to meet me. I wasn’t really myself, I was shy and uncomfortable, unlike the usual bold and loud girl that I am. I didn’t pick up his call that day. He called me the next evening and asked me why I didn’t answer. I told him the truth, that I was shy and wasn’t sure what we’d talk about. Strangely, he laughed and said, that I was wearing a beautiful kurta that afternoon.

I thanked him and we soon began chatting for hours on end, every night after. Of course, this was limited to our phone conversations only, face to face, I couldn’t bring myself to say anything more than, “Hi!”. During one of our late-night conversations, he asked me why I was always aloof. I told him that I had lost a very good friend and couldn’t ever get myself to get that close to someone else, and end up hurt in the process. He never directly told me that I could trust him, but from his conversations, I realized that I could trust him and that’s what he kept hinting at. He was possessive about me and soon, I began feeling the same way again. This change in my behaviour surprised me too. I became someone who started caring again.

On one such day, he texted me after college hours and asked me how my day went. I told him that it was horrible and that I missed him. And that’s when everything came out of me, in more words than I had intended. I told him everything how I felt about him and that I liked him, a lot. Patiently, he listened to everything that I said and then went on to tell me how much he cared about me, and even loved me, but he didn’t want to risk ruining our friendship by taking things further.

I was moved and in tears by the time he stopped talking. There was nothing about him that I didn’t like or didn’t want. There was honesty in his words that I can’t explain. He was pure-hearted and the way he spoke to me, I knew that he was the one. Things went on as usual, but of course, I felt like things were… different. Until one day, two years later, he stopped replying to my messages. I didn’t see him all through winter because of the holidays and finally decided to call him one evening.

His tone was very business-like and he said that he would call me back. I had a vague feeling that he wouldn’t call me back, but I was so relieved when he did. He told me he hadn’t replied because he’d lost his phone and had just got a new one.

I felt a wave of happiness rush inside of me. Slowly, our small “Hi’s” at college turned into small chats on the staircase.
A few days later, it was my birthday and he called me at 12 am to wish me. The next morning, in college, he gave me a gift and I felt so special, I hugged him, in front of everyone. He looked happy and of course, so was I.

My world came crashing down, when a few days later, the most unexpected thing happened. He stopped calling me, he began ignoring my calls and even messages. I confronted him in college, but he told me that nothing was wrong. But I could see it in his eyes. Something had changed. I tried not to think too much of it, to believe him, but for every hundred calls I made to him, he didn’t bother to call me back even once.

It’s been two months since we last spoke. All of a sudden, I got a message from him, “Please don’t ever call or message me again. Don’t try to reach me by any other method either. I don’t want to talk to you. Please know, that I don’t blame you for anything. It’s just that we can’t be together. I know that we are the best of friends, but I can’t talk to you again. And this is my decision.”

And with that, he blocked me from everywhere. I was dumbfounded and speechless and began crying. I valued him so much, and miss him terribly, but I care about him enough to know that I don’t want to reach out to him against his will.

It’s been a while, but today, it’s his birthday. And I can’t stop thinking about him. Since this morning, I’ve been reading everyone’s wishes to him on the group.
I wish I could be one of them. I wish I could call him up and tell him to have a beautiful day. But today, this WhatsApp group that once connected us, is making me feel lonelier than ever.

Dear Javed (name changed), if you happen to read this, I found a friend in you. A strong and lovely support. There hasn’t been a day when I haven’t thought of you. Thank you for understanding me when I needed you and being a truthful friend too. You’ve re-installed my faith in friendships and I can’t thank you enough for this.
I can’t stand being away from you, not physically, or emotionally. I hope that you find a way back to me, soon. I hope you have a fabulous year ahead. Be happy, always.

Share this story, to send strength and love to all those who have lost a relationship as beautiful as friendship.