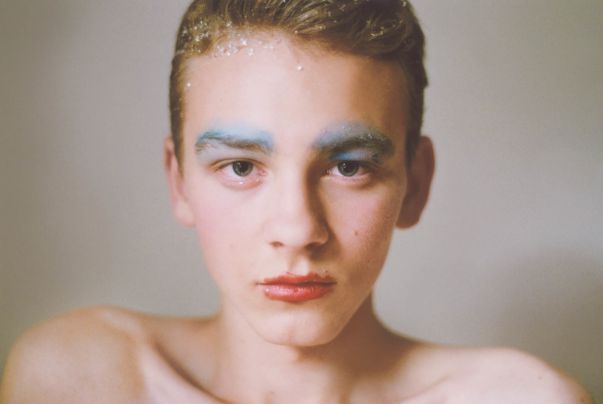 We live in a society where people believe in stereotypes. They typecast people into rigid categories and end up killing men, women and children as well. We will openly talk about rape. But we will not react to it or want to know more about it or fight for it.

Boys are brought up to believe that “Tu mard hai. You can do this. Mard hai tu. So you can’t do this. Saale kaisa ladka hai tu? Abe saale ladkio wali baate/harkaten na kar.”

Woah! We don’t even realize that we are killing the childhood of all the young boys and other kids who get to hear such phrases all through their growing up years.

I am one such male kid. I belong to a middle-class family and have always been pampered as a child. Like all other children, I too was a cute kid. But even today I still don't know what was so very different about me. I have been living with the dark secrets of my life all this while.

I was harassed, sexually abused and molested all through my school going years.

I was in 1st/2nd standard when a senior relative of mine started abusing me. And this was just the beginning. Whenever he found me he would press, bite and touch my private parts. He would feel me sexually. He would smooch me so hard that I would end up with swollen lips. I would lie to my mom when she asked me about it because I was scared.

I did not know what he was doing to me but I knew it was something wrong.

I couldn't tell this to anyone in all these years. He kept assaulting me until the age of 18 and then one fine day I just asked him to stop. Basically, he had done all that he wanted to do in all kinds of places – washrooms, public places and religious places too.

He would always do different things so that no one understood what he was doing.

As it is I was in a depressed state. To add to my woes my classmates used all kinds of slangs to abuse me.

I felt as if being born as a human being itself was a mistake.

It was not the boys alone who did this. Girls were a part of the game too. I would cry, scream and complain in my school. But nothing happened – nothing at all. This phase continued for years. After I finished my boards, I went to a different class where I found a few good people. But that didn’t mean I was over it.

Even the dance teacher who came home every day started abusing me. He tried to finger me but I stopped him. For the entire duration of his classes, he would keep feeling me while teaching me the steps.

He would always be hard and would forcefully make me feel his hard dick. All this was freaking hard for a child to bear. But then everything feels good when it ends well.

After I graduated from school, I started going out alone because I had no friends. I started discovering new places, my sexuality and myself too. I met new people, went out with them and joined new groups. I participated in social meetups. I made friends, met good people and discovered good and bad things.

I never uttered a word about all that I had gone through for so many years. But I would often cry at night.

I would put my mouth against my pillow so that no one could hear me crying. I continued living a dual life all through this phase. Then I met this girl. She is now my best friend. She changed my life.

She filled me with so much positivity that I finally started living my life.

All this while my life had been about ‘me and my emptiness’. But when she came we became very good friends. We started hanging out together.

I realized that I was growing - growing as a person.

I could see the change in myself. The way I spoke now, my posture, my language, my gestures and my behaviour had started changing. I started answering people. I stopped being a victim and started being me.

I knew I had become a stronger version of my earlier self.

I started attending seminars. I watched theatre and met some really amazing people there. I joined dance classes and I learned a lot there.

I realized that when you do something creative in your life you don’t just learn the art – you learn life itself. That is a line that I created and I believe in it completely.

But now people don't have the guts to utter a single shitty word about me. In fact, they love me.

They love my work and are able to see the improvements that I have made in my life. They are proud of my achievements. And yes – of course there are people who hate me too.

This is what happened to me. I know there are thousands of other male kids like me who are still going through all this. I also know that I was lucky enough to have not experienced something worse than this.

I have friends who have been through things that I can’t even imagine happening to someone.

That is the reason I am writing this. I want to create awareness amongst people. Please take care of your kids and siblings. Listen to them when they want to tell you something. Please understand that boys too are victims. Don’t push them around, laugh at their fears and make them fit in with your mental stereotypes.

Often the roles that we play in our lives shackle us. We somehow believe that we just have to fit in because it is a norm. We forget that men have feelings too. We forget that women have a brain too. We dismiss the ‘tantrums’ of our children and ask them to ‘grow up’ before their age. Let’s share this sensitive man’s story and break down all our mental and emotional barriers. Let’s learn to be more humane to one another.