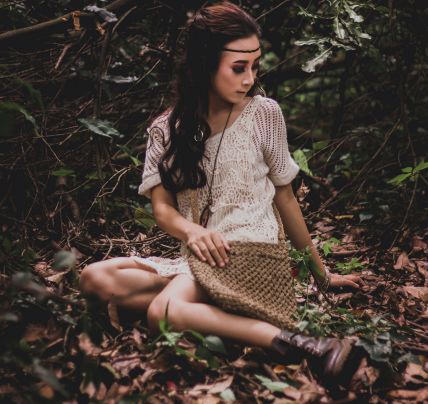 People say that we should stay within our own limits in every relationship. I guess that is true in my case. When we know when not to cross that limit – life is blissful – especially in relationships between friends and best friends.

I met a guy some months back. We hit it off instantly. We started talking over social media, WhatsApp, phone calls etc. We became good friends but he would just cut me off every now and then.

I would be clueless about why he had gone cold on me all of a sudden. He would stop talking to me for days together. He would then call me after a long while and say that he is like that with everyone and he enjoys his solitude at times.

We then started exchanging good morning and good night messages every day. We would talk all through the day. We became really close friends.

That is when I realized the virtue of staying within my limits.

Some days later, we had a nasty argument. It became really ugly and both of us started using abusive words with each other. That is when he decided to cut off from me. He said our conversations would lead us nowhere.

I asked him to calm down and talk to me when he was in a better mood. But it didn’t work. So I thought that was the last I would hear from him.

A few days later, I sent him a text message and apologized to him for what I had told him the other day. He apologized too and said he had wanted to call me first but I had apologized to him and come clean before him. From then on there was no looking back. We would talk about everything – stars, planets, food, sex etc.

Then the inevitable happened. I started liking him a lot. He was more than a friend now but less than a boyfriend.

I guess he suspected it because he asked me to be very honest with him. He promised that nothing would change between us and he would never ever get angry with me for what I told him now.

I believed him and confessed that I liked him. I also told him that I did not expect anything out of it and a relationship was the last thing on my head now. Maybe I shouldn’t have told him that.

He said it would be better if we stopped talking to each other because he felt we had really become very close. He then said he didn’t know what "I like you" meant. I tried explaining things to him a couple of times but it didn’t work. He then blocked me on WhatsApp.

He said its best we talked to each other on a fortnightly basis.

I wasn't very happy with his decision but agreed for his sake. A few days later, I had to go to his city to get some work done. I asked him if he was free so that we could meet. We did meet and things were fine between us for some time but later on, it became very ugly.

He told me that he still wasn’t sure about what I had meant by saying “I like you” and I became angry when he said that again.

I told him I had already explained things to him and wondered why he was asking me the same thing again. He said sending long messages explaining what “I like you” meant didn’t work for him and that is why he had blocked me.

I got very upset when he said this. I told him that I had been very honest with him and this is what I was getting from him in return for it. I also reminded him that he had promised me that nothing would change between us after I shared my feelings with him.

But the situation just worsened between us. He said he just wanted to leave quickly now. He took out his vehicle key and it just so happened that the key slipped from his hand and landed near my feet. I playfully kept it with me and said, “Talk to me and then go.”

He played along with me for 5 minutes but got angry after that because I wasn’t giving the key back to him. I had no intention of keeping it with me forever.

He now started walking away from me and I requested him to clear things with me and go instead of walking off like that. He was super angry now and I didn’t want him to go home in that kind of a mood.

So I asked him to calm down and assured him that I would give him the key.

He started dragging the bike home and started using abusive words now. I still held on to him and urged him to calm down for 5 minutes and then go wherever he wanted to. He now started throwing things here and there. I was worried to send him home in that condition. He then collapsed angrily on the road, hit the road with his fist and started yelling at me.

My only fault was that I had taken the key and not given it back to him. But now he was really very furious. I was scared. I thought he might go and hit someone. So I didn’t give him the key.

He then said that he didn’t care if I was dead or alive. I was very upset to hear him say such things. I didn’t see a car coming my way and he yelled out screaming, “Do you want to get yourself killed?” I said, “A moment back you said you didn’t care if I was dead or alive. So why bother now?” I then gave him the key and walked out from there. He has now deleted my number, all my messages from his phone and blocked me on all social networking sites.

I haven’t moved on from that date. I claimed that “I liked him” on one day and after a few days I ended up hurting him. What do I do now? He is someone I really care for. I have tried apologizing to him over an email because he has blocked me from everywhere else. I am not sure about what I should do now.

I feel everyone deserves a second chance.

They say, “Whether it is a relationship or a friendship – it hurts when it ends.” I now know that is true especially in my relationship with him.

I wish I could get another chance to apologize to him and tell him how much I care for him. If only there was another way in which I could reach out to him.

Please suggest what I should do now. I am devastated. I would appreciate it if someone reached out to me and replied back with some valuable suggestion or feedback.

We all have our own limitations. We become aware of our weaknesses and learn to define our boundaries within a relationship only when we have such misunderstandings. We then slowly learn to overcome our weaknesses and evolve into better human beings. Relationships thrive only if the there is a lot of mutual give and take. Do share this story if you too believe that the relationship is always more important than the issue. Let’s learn to respect/ accept people along with their weaknesses.