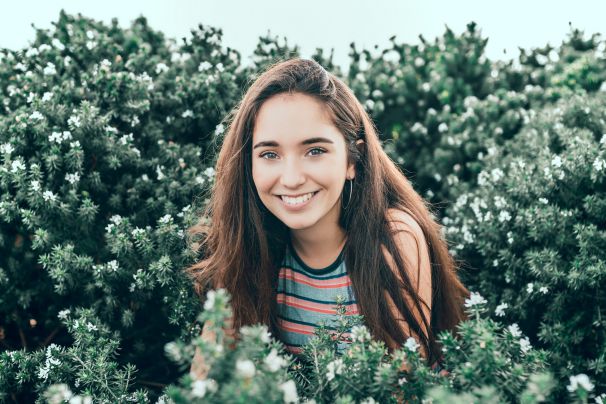 I began my training as an HR executive at an Indian multinational company 10 months back. I was a little nervous at that time but was pretty enthusiastic too because I was going to start a new kind of a life in the corporate world.

I never thought that the corporate world would make me go through an internship of this kind. But that is exactly what happened. I had to do my internship with another boy. When he started talking to me I realized that he was an extrovert.

I was an introvert so I felt a little uncomfortable with the way he started talking to me. I had absolutely no intentions of making friends with anyone like this in the corporate world – and definitely not on my first day itself. So I was shocked when this guy asked me if I wanted to have coffee with him in the office pantry during our tea break.

Somehow I wanted to stay away from this guy because he started talking to me as if he was very familiar with me now.

It was during the tea break that I realized that he too was bored by the corporate world. When we exchanged our thoughts and ideas I quickly realized that he was actually like me. We would spend our entire day cooped up in one cabin for 8 hours. This would be followed by some time off when we were allowed to have our tea in the evening. But we did not have it in the pantry now.

Within a week he asked me if I would like to go out for a long drive with him. I agreed to it without even thinking about it for a single second.

I did not feel attracted to him in any way. I did not really know if I liked him. But I knew that I always got positive vibes when I spent my time with him.

I had always prided myself on being a cautious and conscious girl. Only after I agreed to go with him did I start getting scared about it. I had known him for a mere 6 days. He was an acquaintance.

Yet I decided to go out with him because I had given him my word. I was bunking my office without telling anyone for the first time in 22 years of my life.

I thought of it as my first adventure in life. But I also carried a Swiss army knife with me on that day. We spent the entire day together and it was one of the best days of my life. We visited so many heritage sites. We listened to classical music. We talked with each other for a long time. We walked together in the forest and we exchanged some of our experiences in life with each other.

On our way back I confessed to him that I was carrying a knife with me for protection. He was really shocked when he heard that. He laughed his heart out. He shouted crazily and then said that I didn’t need a knife because I had a pair of legs. I did feel awkward when he said this but well….

Two weeks later it was my turn to take him to my favourite place. This place too was far away from the world that we lived in. It was 50 km away and by the time we reached there it was raining heavily. He was awestruck when he saw the view.

When we were on our way back, he asked me to come up to his house so that I could change out of my wet clothes. He said he would give me something to wear. I was filled with fear but I had no other choice too because it was completely dry in the area that we lived in. When we reached his house, he gave me a pair of clothes that covered me completely.

The minute I changed into dry clothes, he prepared tea for us. He gave me a blanket and a towel because I was shivering with cold. My nervousness disappeared. He then sat down with me and started talking to me like before.

The expression on his face had not even changed when I had changed into his clothes. He just continued telling me about his experiences. That was the time he actually won me over completely. I now had total faith in him.

Our bond gradually became stronger. Even the 8 hours that we spent together did not seem enough now. I felt like writing and composing literature once again because I loved being in his company. I had given up writing almost 2 years back.

On the last day of the training, he took me to his place to meet his ‘Maa’. I don’t know why but I felt that she was the only woman who could ever take the place of my Mumma.

That was also the first time I feared losing him or going away from him. But that has never happened. We continue to meet whenever it is convenient for both of us. Now, most of our meetings are held at home. We spend a minimum of 6 hours in each other's company.

But everyone was surprised because nothing else happened between us.

His Maa had brought him up to be such a gentleman that it did not even strike him to touch me unnecessarily.

We had exchanged only a few handshakes so far.

Somehow I always got the feeling that he understood the value of a girl’s dignity and respected it.

He always behaved decently in front of me. It’s not as if he never had girlfriends or that I have always been single.

But we seemed to have an unspoken agreement between us.We were both giving ourselves all the time and the space we needed to understand how we felt for each other.

He is an extrovert. So he has several friends. He is very empathetic and goes out of the way to help strangers.

He is an artist so sometimes he needs his personal space and I too need that kind of space for myself. Yet we are able to create harmony in our relationship.

I would listen when he wanted to talk. He would then stare at me and I would laugh my heart out. We never knew how time flew when we were together. I am still not sure if what I feel for him is love or something akin to it. I don’t even know if he has similar feelings for me.

Once he returned home at 2.49 a.m. He was totally drunk. He woke me up and asked me to get married to him.

He expressed some of his most adorable feelings using distorted words under the influence of alcohol.

In the morning, I gave him complete authority to take back all his words. That is how crazy both of us are. I know that we need a little more time to deal with our feelings in a mature manner. I also really wouldn’t mind dedicating the rest of my life to him.

But I know he is a free soul and I don’t want to cage this free bird.

My main motive in sharing this with you is: We girls have started suspecting every boy that we interact with. This is because we are aware of all the issues that are going on around the world. Maybe a little caution is actually required too.

Yet, he made me realize that sometimes we just need to trust and go with the flow too. I know that this can be done only with people like ‘him’. We too deserve all the affection and the love that is coming our way. But love need not always be expressed by saying, “I love you.” Sometimes it comes with words like – “Message me once you reach home safely.”

Let’s not ridicule a woman and take her for granted. Let’s not look upon her as a mere object that satisfies our sexual urges. Do share this story if you too believe that a house becomes a home when the woman of the house is treated with respect. It does not matter whether she is a breadwinner or a homemaker. She has been, is and will always be the anchor of a house. She deserves the respect that she earns for herself.