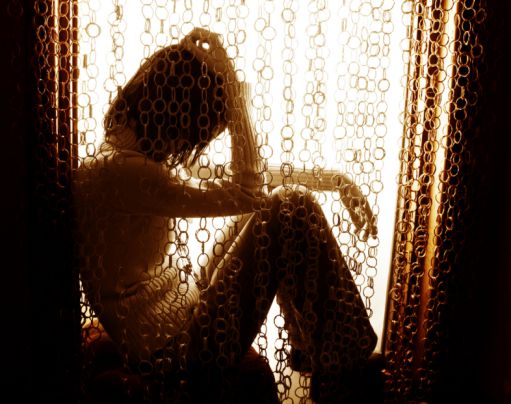 This story belongs to a simple girl coming from a well-reputed family. She was bubbly and always surrounded by a bunch of friends. Once she received a friend request on Facebook, which she first rejected as she was never the kind of girl who would talk to strangers just like that. Eventually, the boy started messaging her and they ended up falling in love. He was only flirting, and she ended up truly loving him. He would cheat on her by flirting with other girls, and he would say that he will change after marriage.

This promise and her blind love made her go against her family, she ran away with him and got married. But as is usual in such cases, he never changed his ways.

She suffered a lot. Sometimes she even attempted suicide so that she could end this life she felt she did not deserve to live. She did not want to go back to her parents because she had ruined their name. She misses her family a lot. She thought that after having a baby, things would change but they never did. He can never become what she wanted him to become. She begged and cried to him, but he did not care. Where had the love gone? If this is how things had to turn out, why did he marry her? Why did he ruin her life and her child’s life? She cannot even tell her parents that she needs help. She is not strong anymore, he has made her weak. He would physically abuse her, torture her, and her in-laws also do not support her.

The only reason for her to survive now, is her child. She has no idea how she will handle her son without his father.

What will the world say? What if his child asks about his father? What will she answer to him then? All these are the questions that come to her mind every time she thinks of going somewhere, leaving her so-called husband. She is not allowed to ask him where he is going when he will come back, she is not allowed to touch his mobile phone and wallet. She is just a sex toy to fulfil his desires at night and in the morning, he will be his usual self again.

Please help me God, give me the strength to cope up with these things. I miss my parents, brother and sister a lot. I wish I would have listened to them and not ruined my life.

Share this story because we need to understand the difference between flirting and love.

LIFE IN THE TIMES OF CORONA
CULTURE SHOCK
BAKKAR. CHAI. SUTTA
YOURS GEEKLY
LIFE IS TOUGH
LET'S FACE IT