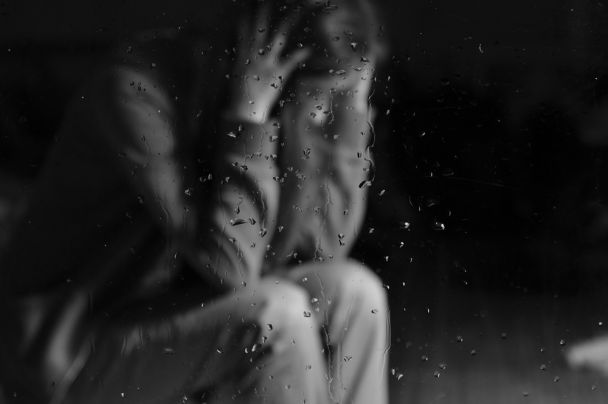 Being pregnant and carrying a baby is a very beautiful experience, words fall short to describe the beauty of it. Yes, I have been lucky enough to experience pregnancy but I was unmarried then so I was not lucky enough to give birth. I lost my baby, whom I so dearly wanted to hold in my arms at least once but I had to end his life. I feel sorry for myself because it was a nightmare.

I remember clearly that we had unsafe sex, he asked me to have pills later, as always. But I don’t know what was going on in my mind then. I was told that consuming pills frequently can be harmful, so I skipped taking them. Now I look back and think how stupid I was. At least it would have not lead to me murdering my child.

I still remember every moment of that time as if it happened yesterday. I was at my cousin’s house when the usual bleeding started. I thought that it was normal and sometimes it happens. It lasted for 3 days and after that, I miss my period. It was late for around 45 days or even more. Even though I am educated, I now consider myself a fool. I had delayed periods for such a long time, yet I was just thinking that the irregular periods were due to some hormonal imbalance. I didn’t take it seriously because I was occupied with my job or you can say that I was digging my own baby’s grave. Suddenly I felt like not eating anything, this went on for more than 15 days. I was surviving on juice and light foods. It was winter then so I did not notice that my belly was enlarging.

One day out of curiosity, I googled the causes of missed periods. I was shocked when I read about checking for pregnancy. I rushed to buy a kit, checked immediately and the two red lines gave me my much-needed reality check. Yes I was having a baby. I can’t explain the feeling, I was numb. I did not know how to react. I know it was my fault that I didn’t take the pill. I texted him then, asking for his location. He told me he was not in town so I informed him about the pregnancy. I even told him that it might be faulty so I asked him to bring me a new kit when he will be back the next day. I was expecting him to visit me as soon he was back in town but as usual, he never fails to destroy my expectations. When I called him the next day, he told me he is in town and busy with something else.

I asked him to come see me immediately because I was nervous. So he came to see me with the kit, I took it and rushed to the washroom. He was waiting outside the washroom reciting something, may be he wanted to hear that it was a false alarm. But again it was yes and I told him. He smiled but then he remembered the situation and got nervous.

We decided to abort it, I had to take leave and even he had to be with me for those days. A week before we had to abort the baby, he would visit me daily before my office to offer me juice or fruits because I was not able to eat food. By then I was able to feel the baby’s heartbeat, so I took care of him. I felt complete, I was happy carrying him, but the day came when I had to take the dreaded pill, and then the second pill after some 48 hours or so. He was with me, but he never touched the baby. Even by mistake if his hands reached my belly, he removed it within seconds. The second pill didn’t take much time and I started bleeding. All my love and my happiness was getting scattered. I had nothing left inside me, I cried a lot. I saw in my dreams that my baby is calling me mumma. I went to the washroom, something was stuck in my vagina which was not able to come out on its own. I had to pull it out by my own hand – it was a large piece of flesh which was my 3-month-old baby.

I had to flush it thrice because the large piece was not ebbing. I pulled it out and flushed my own child, it has left scars on my soul. I curse myself everyday.

Now we both are not together, and I guess I will never have a baby because I am not going to marry anyone other than the father of my first child. I guess this is my punishment, that I now have to be alone throughout my life.

I want to say this to my baby: I am sorry. I really loved you so much. If you were alive today, you would be 2 years old. I am really sorry that I ended your life and now your father ended our relationship, but we will meet again in heaven someday.
Love, Mom

Share this story because the pain is surreal and someone who goes through such a tragic loss needs to be consoled.