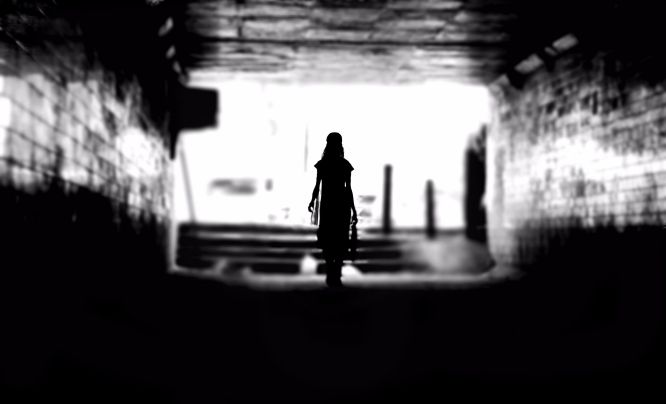 Ever wondered why women are so strong? Boy have I got a story.

I have met many people through all walks of my life but no one managed to move me as much as an ex/prostitute/mother/abandoned wife/unloved daughter/a strong soul whose demise was not as swift as you’d wish one should have. We used to serve at an old age home and deliver food to senior citizens in need and I happened to have an encounter I can never forget - I met an old lady with a charming face but she was kind of a stick figure who was left in the asylum. I will not take names, let's call her ‘Ms. X’. X had a hard life, she was 26 when she split with her husband and ended up being a single mother of a young daughter who shared her mother's genes in intellect and beauty. She was a bright student who was haunted by a fatherless past.

The reason as to why the father bailed is a stupid superstition, everyone wants a male successor for reasons not fully known to the sane and a proper hypothesis should definitely be demanded.

So, she worked as a sales assistant during the day and a call girl by night fall, in order to make ends meet. She always gave her best to the task in hand and provided well for her home, better than most men who fail to do so. She never disclosed the details of her income, and drew a stern line between her personal and professional life. X's daughter graduated from metric and then went on to pursue medicine. X was happy after a very long time as she had only kept her distance between work and home all these years. As always, good things will collide and show their ugly face.

From an acquaintance, the daughter found out that her mom was a call girl. When she confronted her mom, the daughter decided to move out and settle with her boyfriend.

A year passed, which X explained was the wildest year of her life and she was drowned in an immeasurable amount of guilt throughout. She self-indulged in drugs and alcohol, followed by an untapped and uncontrollable sex drive going haywire. It was a year in which she had no contact what so ever from her daughter. Her daughter ignored her but X was keeping track on her. She found out that she had become a successful doctor. The urge to meet her never died.

Towards the end of this wild year, she had an epiphany where she found out that she had been diagnosed with breast cancer. She was hesitant at first but eventually underwent treatment which led her to lose a huge amount of weight.

She was no longer the same person she was as she had lost her weight, she had lost her beauty and all her wealth to battle the illness. Now all that remained of her was a husk of her former being – she was tormented by all the unaccounted-for guilt and circumstances. One of her tests lead her to an encounter to remember - one of her scheduled tests was being monitored by her beloved daughter. The only thing she recognized of X was her voice. She studied the case and instantly left the hospital, went home and cried to her heart’s content. The next day was the fateful day when both mother and daughter faced each other for the first time in years and they didn't say a word to each other. All that was exchanged between them were mixed emotions that words could not be enough to express.

X moved on feeling content as she could now see her daughter who was doing so well and was pregnant with her second child. She was eventually dropped off in an asylum where I met her and heard her story straight from her. At the age of 40, her cancer had creeped its way back to destroy what was left of her. She never refused to accept her condition and never complained about it.

She told me one line that hit me hard, a line that indeed will stay with me for as long as I shall remember, “Everyone has their role in life and you cannot escape yours because it is what you're meant to be.”

She never had any regrets and she never fret over things she could not control. At the time when she met her daughter in the hospital, she had made peace with whatever life would have thrown at her.

“Many people make big claims but those who accept who they are, know what they must do to live. There is no structure more brutal to life than a dam that we build to control our actions and limit our ability to grow. We overlook the fact that the World is a wonderful place waiting to be explored by us.” These were her last words to me when I met her.

Others looked down at her and attempted to beat her down but she got the last laugh as she had her fill of life and was now set on her journey towards embracing her afterlife. Before I parted with her, I asked her about her plans on staying there so I could help her somehow if she needed. I saw her smile like I had never seen her smile before. She somehow knew then that we may never have a chance to meet again because she passed away four days after the day we last met. Somehow, subconsciously that day, I felt as though something was wrong. I ignored it at first then called up the asylum only to find out about her. I just broke down upon hearing the news. Just a week had passed since the time when I was around her. Life goes on but X is one of the many teachers who may be whatever she may be to others but she served as a lesson in my life.

I particularly admire this line of hers: “This is where I belong, this is my place right now, and this conversation is all I want to remember. Thank you for caring.”