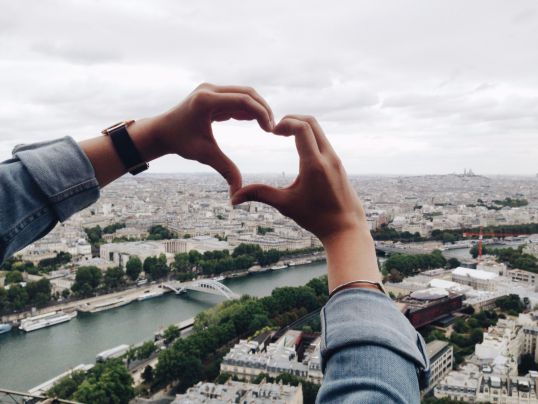 I saw him for the first time on 20th August 2014, when I joined a training institute. I felt as if I have seen someone whom my heart was looking for, since a long time. He is tall and handsome, and the most appealing aspect of his features are his huge eyes. It felt so amazing that I can't explain.

Soon, I discovered that he was quite intelligent too and is the perfect guy, exactly the kind of guy I have been looking for. I never fell for anyone before, but this time I couldn't control myself.

He was my roommate’s friend but I never tried to talk to him via her. I was just happy to see him once a day, either in our classroom or lab. As he was quite regular in attending class, I have never missed any classes or labs too. At last, during the end of our training, we made some small talk and I can't ever forget those conversations.

When he was talking to me, I felt butterflies in my stomach. I am happy that he didn't talk to me more than that as I felt really awkward sitting near him.

He was my crush and whoever is close to me, knows about this. I don't know if what I did was right or wrong, but all I wanted was to tell him that he is my crush. So, what I did was childish of me, I created a fake Facebook account to become friends with him. We spoke and I got to know more about him. After six months, we both got placed in different software companies. I revealed my identity to him then, and confessed to him how much I admired him. He just said, “thanks”, in return. It has been two years since I last saw him and I am still in that phase. I can see him whenever I want even though it sounds dramatic but it really happens. Maybe he is more than a crush to me but who is going to tell him this.

He is happy with his life and he never tried to find out more about me, and I never miss a chance to stalk his updates on WhatsApp.

Faith is all that matters in life, is the one rule that I follow. So, my life is going on with the positive belief that, everything happens for a reason and God will always do what is best for me. Love you God.