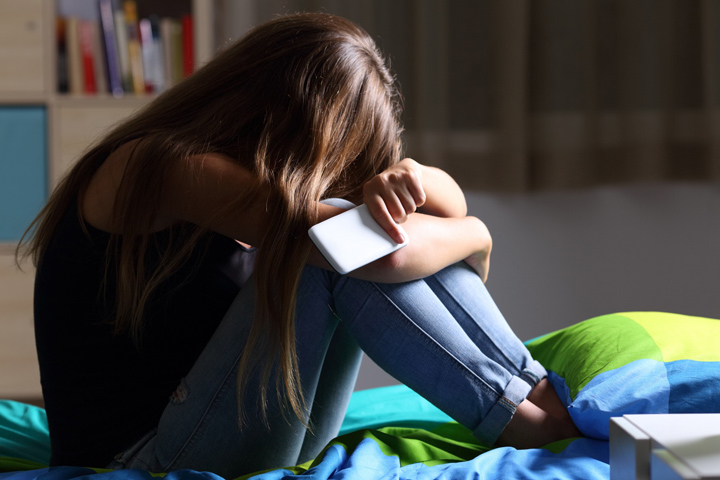 When I started my career as a software professional I had to commute to my workplace in my company bus. I met a guy here and came to know that he worked on the floor above mine. Initially, we chatted for several hours. We would discuss things about our work and lives. He was more experienced than me so he would always be busy. He preferred calling me whenever he was free and I was totally OK with this because I was really gaga over him. Even when I had a headache or was not keeping well I was always eager to talk to him over the phone.

So much so that he became more of priority in my life that ME!

Gradually we started talking about everything that was going on in our lives. We started developing feelings for each other.

Meanwhile, his parents had started searching for an alliance for him. He wanted us to discuss our relationship with our respective families. We belonged to different castes and he was a non-vegetarian. But I was a Brahmin and a pure vegetarian. I could not bring up my marriage for discussion in my family at that time because my parents were searching for an alliance for my elder sister.

I didn’t want to bother my already worried parents by telling them about our relationship.

So I asked him if it was possible for him to wait till my sister’s marriage got fixed.

I told him that in case he was not ready to wait for me he could move on with his life. But deep down I knew I wanted him to wait for me.

Initially, he agreed to support me by telling his parents about me. He told them about the situation in my house and why I was unwilling to discuss it with my parents now. They did not give any response for a couple of months. But after that, they started pressurizing him. They were worried about the reaction of the people of their society. We now started fighting constantly about this.

I couldn’t keep things to myself and I was not receiving any support from him either.

One fine day, my sister’s marriage got fixed. I blurted out everything to my parents and told them how we had been spending time with each other for almost 2 years now.

Initially, my parents were shocked to know that he was a non-vegetarian. But I persuaded them to see things from my perspective.

Both of us somehow managed to convince our parents to meet at a food court in a mall. His sister started bombarding me with questions and I found her to be a very dominating person.

His sister questioned him in such a way that he disagreed with all that he had agreed upon with me. It was a totally messy meeting.

He somehow managed to convince me that he was unable to talk or raise his voice and support me in front of everyone even though we had already discussed and agreed upon all this before the meeting.

I was a total fool to continue trusting him. In fact, I fell more in love with him when he said this.

Over a period of time, I readily agreed to change my job so that we could have a better financial position after we got married. I knew that after I got married to him and moved to his house I would have to adjust and concentrate only on my personal life for a while. I would have to put my career on the back burner for a while.

I discussed all these things with him and he promised to support me and stand by me. So I left my comfortable job assuming that a rosy future was in store for me.

But after I changed my job his family started pressurizing him to get married. He started ignoring my calls. Meanwhile, I had started facing several challenges in my new job too. We started fighting more frequently now and he did not console me in any way. We had stopped talking about what was happening in our lives.

It was all up to me now. I could assume whatever I wanted to. I was still under the impression that he was facing a lot of pressure from his family and that is why he had stopped communicating with me. I assumed that everything would be alright once we got married.

Meanwhile, my sister got married and I started convincing my parents about us. Both of us did our best to make our families meet several times. But nothing worked out. I too visited his family several times and tried to convince his parents to agree to get us married. I literally begged them to do so. But he was adamant that he would not meet my parents or convince them to get us married. His parents were determined to find another girl for him. So they started putting up his profile in matrimonial sites. He too started avoiding my calls.

His mother tried committing suicide and started behaving as if she was very depressed. And being a very family oriented person he became worried about his mother and took his mother to a counsellor. The counsellor too advised him to marry the girl that his mother suggested.

When he told me about this it looked as if he was discussing something which was straight out of a movie clipping.

But he was not ready to think beyond his family. He was unwilling to convince his family or speak up in front of his parents.

We stayed together in this kind of a relationship for 6 years. Yet both of us were unable to move on with other people in our lives. We called each other less frequently now. In fact, I was the person who was calling him 100 times in a day. And he would then finally pick up one of my calls.

I was so madly in love with him that I let him convince me to reject the proposals coming my way. I trusted him so much that I felt he would stand up for me someday. I was a complete fool to do this. I realize this now.

I was 30 when we created our profiles on matrimonial sites. We would follow each other but never agree to the other proposals that came our way.

Or at least that was what I thought he too was doing.

Then one fine day his profile was missing on the site. When I questioned him about it, he told me that his marriage was finalized. I didn’t believe him because he had used the same kind of a trick earlier too when he had wanted to avoid me. But he had come back to me after a few days. I thought he was doing the same thing this time too because only a week back he told me that he would never be able to leave me or forget me.

It was TRUE! He was married. And like a fool I had trusted him and rejected all the proposals that came my way.

He is now happily married. And I had been fighting with my parents all through these years. I was ready to leave my house for a person who was happily married to someone else now.

I wanted to let his wife know how he had cheated me but somehow I didn't want to stoop to that low a level. I am 31 now and I am silently suffering from the trauma of trusting him so much. I can't trust anyone else in my life again.

I had given so much of myself for this relationship that I had lost the ability to think for myself. I don’t think I can ever recover from this trauma in my life. I hope no girl suffers like this. I hope no girl trusts a guy to this extent.

Please trust the instincts of your parents. Don’t blindly love anyone. Love yourself completely and make yourself (not someone else) a top priority in your life.

Our parents want to give us the benefit of their experiences. They too struggled a lot to glean these kinds of insights from their bitterest experiences. They don't want us to waste our time/life to learn things the hard way. Yet we always look down upon them with contempt and think of them as "orthodox" or "old-fashioned" or "outdated". Do share this story if you too believe that we can enhance the quality of our lives by learning from other people's mistakes/experiences.