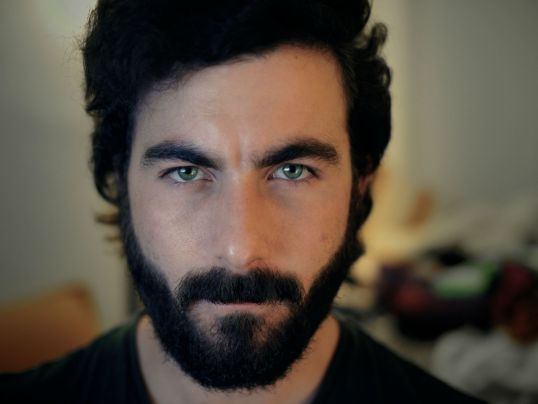 A little while ago, I did something that I deeply regret; I hurt the one person I love the most in this world and whom I worship as my GOD. Even though all of this happened a couple of months ago in Bangalore, I must go ten years back in time to give a gist of the entire situation. Ten years ago, when I was in school, I fell in love with a girl, let’s call her P. To me, this is the most beautiful thing that has ever happened to me. P, she is the most beautiful girl I have ever met. She is charming, funny, charismatic, friendly, open-minded, lovely, and unimaginably beautiful. She is just out of this world.

Whenever I see her I feel like I have seen GOD. To me, she is just perfect.

I still remember when I first saw her, I just couldn’t take my eyes off her. We were in the same class for two years and in those two years, there were several times when I wanted to tell her that I love her, but I couldn’t muster the courage to do so. I was a shy and introverted kind of a guy back then and I feared what would happen if she turned me down when I expressed my feelings to her.

But somehow, I gathered the strength to tell her how I feel about her. And as I had feared, P turned me down.

The pain that I felt that day is indescribable, I cried for months, it was as if life had lost its meaning. It took me a year to gather myself and move on with my life. I told myself that maybe it was just an attraction or infatuation and nothing more, but boy was I wrong. In the last ten years, I have tried several times to forget her and move on but I just couldn’t. The love that I have for P only kept getting stronger. This brings us to what happened, or rather what I did, a couple of months ago.

A lot had happened with me earlier this year that led me to a state in which I allowed my emotions to get the best of me and made me commit this mistake.

I lost my grandparents earlier this year which left a hole in my life, and I felt that only she could fill it. I was living in Delhi while P had recently completed her MBA and landed a job in Bangalore, a few months back. In that emotional state of mine, I decided to move to Bangalore so that I could meet her and tell her that I still love her more than ever and that I want to be with her for my entire life.

For a moment I just froze, seeing her after ten years gave me both, joy and goosebumps. She looked at me and said “hi”. She asked me how I was and where I am working and all of that. The conversation lasted for just a couple of minutes, before she got in her cab and left. But for me, those few minutes felt as if I was in wonderland. The next day, I decided that I am going to tell her that I still love her. I purchased flowers and a card on which I wrote everything that I feel for her and just waited in front of her office for the entire day. In the evening, when she came out of her office after finishing her shift, I tried to talk to her, but she went on to ignore me. This is where I really crossed all limits, instead of leaving her alone, I decided to follow her around the campus until she got in her cab; this made her fear for her safety.

After that, I sent her messages on social media and behaved like a complete psychopath. My actions scared her so much that she had no choice but to lodge a complaint against me with the police. The police left me with a warning and I was asked to leave the city at once.

I know that whatever explanation I give cannot change the fact that what I did was extremely wrong. I made her fear for her safety and that too, right outside her workplace. I just did all that without thinking about the outcome, and now I feel ashamed of myself. I hurt the one person whom I love the most in this world, the one person who means the world to me, the one person whom I worship as GOD. I promised myself to always protect her, to take care of her and I am the one who made her fear for her safety. I am writing this here with the hope that she will read this and forgive me.

I am sorry P, for what I did. I claimed that I love you and, yet you are the person I hurt. I didn’t mean to hurt you and I know that no matter what I say, I cannot change the fact that what I did was wrong. But my love for you is true P.

Share this story if you believe that love (read: obsession) can make one do things they would rather not.