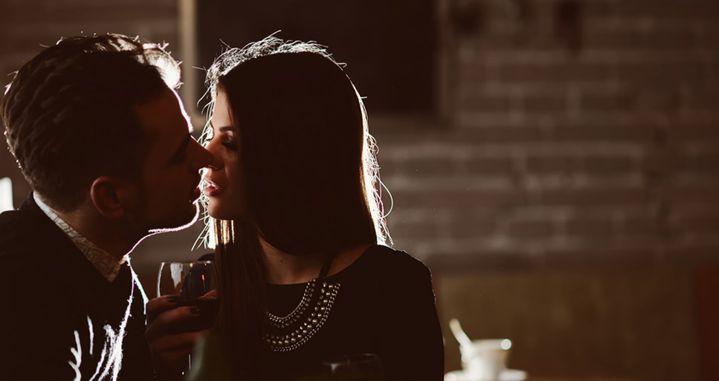 I loved a married man. These words will make anyone cringe since loving a committed man makes you a w***e or s**t. I understand.

Every one of you will judge me but I can't hide the truth. He made me feel like he loved me too but only my heart knows the truth. Six years ago he became my new neighbour. We became friends quickly and one day he told me that he loved me. As I was just 18 and he was 24, I rejected his proposal. I wanted to concentrate on my studies.

He was kind enough to accept my rejection.

After a few days he called to tell me that he was going to get married. I congratulated him. He requested me to meet him once and I accepted his invitation. When we met, he forcibly kissed me. I just hated that moment and decided to stay away from him from there on. He called me several times after that day but I didn’t respond. He even messaged saying that it was his fault and whatever happened was beyond his control. He told me that he didn’t want to lose me. Soon after, his marriage happened and he was quite happy.

I met him once to congratulate him. We were on my terrace and he grabbed me tightly and again the same thing happened. I didn’t understand what he wanted out of me. He told that he also didn't know why he was so attracted towards me.

What he felt was strange but what's stranger is that I had developed feelings for him. I used to get jealous when I saw him with his wife.

He met me again and this time we both got intimate. I bled and he went back to his place. And then everything went back to normal. I got to know that his wife was pregnant and when I asked him, he confirmed. He told me still that he can't see me with any other man. He said, "You are mine." But my inner-conscience that had been dead for a while forced me to move on.

Why am I in this relationship even though I know the truth? The fact that he didn’t love me, the fact that I was ruining a woman’s life and her unborn child. Who am I? Perhaps or surely a mistress. I decided to do my graduation far away from my hometown. I discussed it with him and he told me that it was not a good idea, that we will not be able to meet. I moved on without listening to what he had to say.

I am guilty, guilty of loving him, breaking my father’s trust. I am a useless daughter. I boarded a taxi from my house, he just ignored me. I got a new number and called him but he didn’t entertain me. He was angry.

He didn’t call me even once but when I went back home for my holidays, he ordered me to meet him. I refused. Later he told my friend that he used me for his own sexual desires. In that moment, I felt numb.

Then his first child was born and I decided to cut off all contacts with him. I changed my number and ignored him completely. He did the same, thinking that maybe I started seeing someone else. We became strangers living in the same neighbourhood. He was again just a neighbour to me.

I pursued my post graduation in full power after but just when I was starting to forget him, he called and said sorry. He got my number from a friend on Facebook. He wished me well. He asked me why I didn’t find anyone else after him, my friend had told him everything about me. I told him to concentrate on his family and not me but he kept asking whether I was still in love with him. I said, "No".

I disconnected the phone that day but till now only my heart knows how I loved him. I loved a jobless, abusive and drunk man. I broke my morals, lost my virginity, ruined my character, and broke my father’s trust for him. I am still not able to forget him neither am I being able to forgive myself for loving a married man. I don't even consider loving another man now because my heart sinks at that thought.

I am still living far away from my home, just to avoid him. I don't want to feel for him anymore. I love seeng him play with his two little daughters. His wife is a beautiful woman. I have no issues with her. It's good to see them happy.