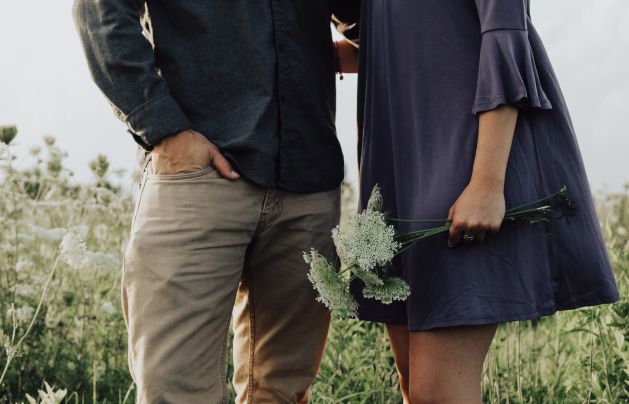 People say that we can never ever find a reason for falling in love with someone.

I too don’t really know why I fell in love with him and not anyone else. Maybe I knew that only ‘HE’ deserved my love. Maybe he made me feel special and loved, unlike all the other boys that I had interacted with.

But yes, I can say that love came into my life when I wasn’t looking for it and suddenly it became something without which I could not live.

I was in my final year of B.Tech when he came into my life. I did not know that he was going to become an important part of my life soon. He was very talented and trained students in his area of expertise. He was so charming that girls would become crazy about him very quickly. I too was one such girl.

It all started with a smile. With that damn smile. I would go crazy when he smiled at me. But the thing that I loved the most about him was that he too had a slight crush on me. We started talking to each other on Facebook. I was comfortable with this because I am an introvert. I am able to express my feelings freely to only a few people. But he was an extremely social person.

I knew I was falling for him and I couldn’t help it. I enjoyed every moment that I spent in his presence. In no time at all, I was expressing my feelings for him.

One day, I told him that I wanted him to hug me the next day. We met in private and he touched me. I allowed him to do so because I wanted to experience his loving touch. It was the first time someone was touching me in this manner and I wanted to make him mine. I confessed my true feelings to him.

But he said that his mom would take a final decision about whom he should marry. Yes, he told me that he was a mamma’s boy. He also told me that he loved his mom more than anyone else in the world. He shared everything with me and it was the same from my side too.

Everything was going on quite well in our relationship. I expected him to accept me within a short span of time. But things did not work out according to my expectations.

I started becoming possessive about him because I was scared that I would lose him.

But my possessiveness crossed all limits after a while and he could not tolerate this anymore. He started avoiding me. I became crazy when he ignored me. It was hell and I cried a lot during this phase.

I pleaded with him and being the kind-hearted guy that he was he gave me another chance.

I could clearly sense that he was not giving me as much importance as he used to earlier. But I was okay with this because I knew I had made a mistake. I started accepting him the way he was. He said no one could love him more than me but he couldn’t promise me his love for my entire life. He knew that his parents would never accept a girl belonging to another caste.

But I was very hopeful about our relationship because I had accepted his negative points and he too had accepted my flaws. We did fight over silly things but we also patched up in no time. I loved the way he always convinced me of things.

I think we understood each other very well now. I felt our connection had a magical and a spiritual aspect in it.

I don’t think love means just saying ‘I love you’ to each other. He cared for me as much as I cared for him. The only difference was that I did everything he said and told him, ‘I love you’ and he never used the word ‘love.’

This went on for 2 years and I continued to wait for a commitment from his end. Then destiny changed the course of our lives. One day he suddenly lost his mom. She had meant the world to him. He became crazy with grief and was going through hell during this phase.

He was there for me whenever I needed him even though he had never openly expressed his feelings for me. In the same manner, I too was there for him in his hour of need. And I will always be there for him tomorrow and for the rest of his life too.

His father wanted him to get married now because their house needed a bahu. He couldn’t even dare take my name in front of his father because I belonged to a different caste. Moreover, he was not ready for marriage right now.

I don’t know how all this will end. All I know is that I truly love him. He was the beginning of my love story and I want him to be there at the end of it too. He is a part of my soul now and I cannot imagine my life without him in it. I don’t know why we end up falling in love with a person when we know that the person will probably not be a part of our future. I had never hated my caste so far. But now I hope I don’t end up losing the love of my life because of it.

You know the pain of losing a person who means everything to you. Please don’t give me that kind of pain. I am not strong enough to bear it like you.

Share this story if you too feel that we should never ever try to shackle anyone with our love.