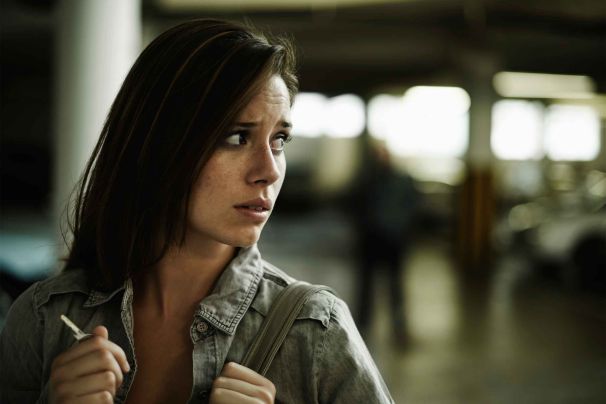 I’m just another girl from an upper middle-class family. I might be the most cheerful one you’ll find, but I hide everything that I’m thinking and feeling behind my smile. I suffer from anxiety and depression. Having it takes a toll on my life.

At this point, I wish I could say that I have the love and support from my family, but what if I told you, that they’re the ones that have put me here in the first place. When I was born, my family was extremely poor. My dad had nowhere to work and at the time, he couldn’t feed us properly and we didn’t have a proper place to stay either. But after I was born, my dad got a place to work, and things began to change.

But then, one incident happened and it changed my life. One of my father’s closest friends molested me.
I was a kid, in LKG or UKG. I didn’t know what he was doing and all he said was that it was normal and that he did it to his kids too.

I kept quiet about this one day, I was actually scared about this and told my parents I don’t want to ever go anywhere with him. When they asked me why, I told them I had no idea why, but I didn’t want to. From then on, he stopped coming over to our house. I realized that I was molested only when I was in the 5th or 6th grade, and that’s when my world started to change. I was scared.

When I thought that it was only just that, I began remembering these fights between my parents. At times, they would hit each other, to the extent where one of them would end up bleeding. I never understood why they would end up in these fights, I always assumed it was because my father was an alcoholic. But regardless, I loved my father more than anyone and I didn’t lie my mother for fighting with him.

One day, I came home but no one was there. My mother’s friend came to pick up, she told me that my mom had some work and I was supposed to stay with her that day, till she returned. That night, I stayed in the same room as her kids, who laughed and told me that the police had come to my house. I didn’t believe them and chose to ignore them, but the very next day, I saw the news.

My father had arranged for three women to enter my house and kill my mother. I was shocked. I couldn’t move. My perfect world came crashing around me. I was only 11 years old. My mom was hurt, but she was alive. She came home a few days later and told me that there was another woman, in my father’s life. I was shattered.

My father had a whole other family, even another child; and he picked them over us. I tried to stop myself from thinking of all those times when my father would take me out, buy me ice-cream, and share inside jokes with me.

After that incident, we didn’t stay in the same house because of the media that was hounding our door. Finally, my mom took the lawsuit back against my father because he promised to make things better for all of us.

They got back, but the fighting never went away. Only this time, my mother would remove all her frustration and anger on me. She hit me, verbally abused me and made me mentally weak. I cried every single night. I had no one to talk to about this. I love my mother, but I don’t know how to get her to stop. My father still cheats on her.

I’ve tried to kill myself twice, but my mother doesn’t care. She tells me that she loves me, but her actions speak so much louder than her words. How can love result into abuse?

To this day, I still live with my mother, my father stays away from us. They still fight, I still suffer and I’m still helpless.

All I do is pray that one day, all this stops and I’ll be able to breathe again and live happily.

Share this story, because, behind every smile, there's a story that's aching to be heard. And it's time to listen.