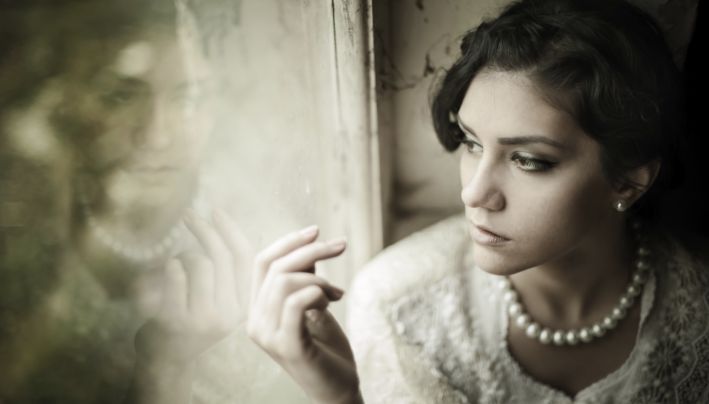 To the person, I loved unconditionally, placed my trust, confidence, and hope in, thank you for breaking me in every possible way.

In 2013 you mustered the courage to approach me and express your feelings. I felt like I’d finally met the perfect partner I'd always dreamt of. Two years later I was married to you.

The marriage wasn't an easy walk; you know it. It was a year-long battle, not with you but with my family, just to get them to accept you. But I did not lose hope.

I fought against them to make you feel welcome and accepted.

The battle was exhausting and painful but I did not give up because I truly loved you. I fought for 11 months, until the morning of our wedding. I said yes to you when you had your parents beside you, though I didn't have mine. I chose to marry you against the wishes of my parents and I did not let that smile fade from your face on the big day.

You gave me a lot of hope, made promises to not let me cry and stand by me always through every phase of my life.

The happiness was short-lived. I faced a lot of unsaid turbulence because of your parents yet I never complained. I was focused on your happiness and I chose to brush my sorrows aside.

I did all that I could to make you happy, to prove that I was a good daughter-in-law and a good wife.

I juggled work, home, and married life. I kept falling ill, but I never let that come in the way of my responsibilities. The first time I felt lonely was when I was extremely ill and I had no one to care for me. I did not have the energy to cook but I had to because you could not take an off from work, and my mother-in-law could not let her husband and 22-year-old son take care of themselves for a couple of days. I still did not complain.

Then came the day when I was overjoyed because we were going to find a place of our own and start living independently. I was enthusiastic about finding a place that matched your description and was ecstatic when you approved of it.

I did not bother showing the house to my parents; I didn’t even send them pictures of the place but I took your parents to show them the house.

However, all I got to hear from them was how they did not approve of it because it was not close to the centre of the city or any of the major shopping areas.I was upset with what happened and hoped for a little support from you, but you chose to stay silent. I still did not complain.

I wiped away my tears and went ahead with what I was doing. We moved to our place and I thought life was perfect. We had our own place, just the way we wanted. We had all the weekends to ourselves and we did not have anyone interfering.

You encouraged me to follow my dream and I decided to go ahead and reach for the stars. I went applied for a course I wanted to pursue, a masters program in the UK. You were happy and so was I. We celebrated our first anniversary with an overseas trip and got back to the wonderful news of my acceptance to the University I had applied to. This was the start of a new phase in our life.

I wanted to do better in life so I could contribute to making our life and future better.

If you ask me why - it was because you did not finish your engineering course. You were not making what you wanted to and I just wanted to make things better. And you backed my thoughts. Then came the most stressful phase - saving funds that I would need for the visa. I did not want you to struggle, so I reached out to my father and he helped fund me.

The only thing I requested from you was a small amount every month to take care of my day-to-day expenses in the UK. I started working extra hours at the office and opted for working on the 6th day just to make the extra bucks. It did take a toll on my health but I did not stop.

Months went by and I was just a month away from flying to the UK when I received another major mental and emotional jolt. My mother-in-law, whom I had always loved and treated as my mother, in fact, done more than I did for my own mother, decided to label me as someone who was going to the UK to find someone else to settle there and ditch her son.

So my trip to the UK was just a ploy to find someone with a British passport?

Did you not tell her how focused and capable I was in achieving my goal? When I asked you to stand up for me, you stepped back saying you weren’t interested in interfering and it was my ''headache'', not yours.

I should have realized that this wasn't the first time you left me to fight for myself.

You did the same even before the wedding! Why did I not see the signs that you are someone who can never stand up for his wife? I decided to ignore it all and went ahead with my studies.

I left to the UK to pursue my ambition, which would make our life better. But even there all of you made life difficult for me. It was just a month and a half since I’d started my university life when you decided to make my life miserable!

You were supposed to be morally and emotionally supportive not disruptive.

You decided to fight with me over every small thing. You started calling me names and abusing me. I had heard enough of name calling, so much so that I made you write me an apology email after the fourth time because you wanted me to forgive you. You swore on your life to never repeat it and improve. I believed you. But I was wrong; you just became worse day by day.

Your abuses and name calling went from bad to worse to vulgar.

And the reason you claimed was that you’d lost your job and could not find a new job whereas I was in the UK studying and bagged an internship offer within two months of going there. Was it my fault? Being ambitious? Being smart? Being career-oriented?

Or was my success an issue for you?

You said as much, used words - many of which I feel ashamed to even say aloud. You accused me of everything possible! You echoed your mother’s sentence again, which totally killed me. You said I’d found someone in the UK and I was planning my future with him, which is why I did not have time for you. When in reality I was struggling with my assignments and submissions spending sleepless nights to do my best.

You said I was desperate for male company because we had not consummated our marriage.

You went to the extent of saying that I was sleeping with people to get a full-time job! By then, I had had enough of your abuse. These were the extreme ones yet I could tolerate them. But you took things to another level by sharing the same bulls**t stories with my family. My family chose to judge my character basis the dresses I wore.

They followed the perfect Indian way of thinking: shorter the dress, lower the character and morale.

You ruined the little ties I had left with my family. You made me suffer alone in a foreign country with no family while you were sitting in your parents’ house and letting your family abuse me. 10 months, 10 months I bore it all, then I decided to stop talking to all you all together to avoid getting hurt anymore.

Now, after 10 months you finally landed a job and the money they offered you made you think that you’re the biggest person in the world. You now come back to me asking me for forgiveness claiming that everything you said or did was only because you were stressed without a job.

What makes you think I can forgive you?

I lost everything because of you; everything except my career. I have reached a stage where I have accepted that I have no one around me, but my friends. I have accepted the fact that friends stand with you through thick and then. They were with me when you or your family wasn’t. Your parents still believe that I am wrong even when you confessed what you did.

I sometimes pity you. You don't even see who the actual culprits are.

But dear husband, I can tell you just one thing - I don't think I can ever forgive you or forget what you did to me. To you, it might be a small misunderstanding or long distance issue but to me, it’s something that made me lose my peace and happiness.

I can never forgive you for what you did to me.

How much is too much? Till when is a person expected to suffer in silence? In any marriage, women have always been taught to accept and endure abuse to keep the relationship intact. But does a happy marriage come at the cost of the woman's suffering? Share this story because it is time that every woman stands up for herself.