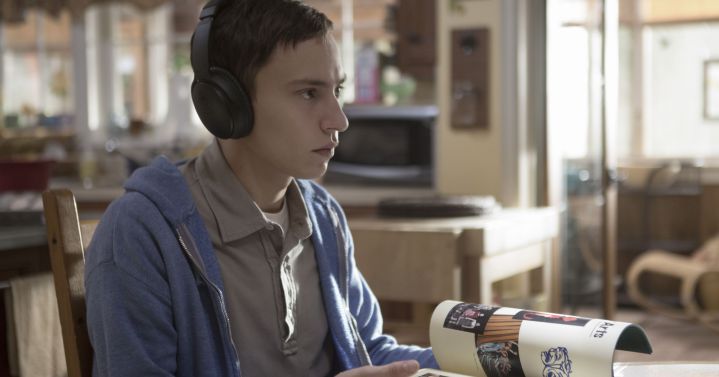 I was in class 10 when I met my first love. I was sitting in the front row of my coaching class when she approached the teacher because she had a query. When I first saw her, I wondered who she was and why I had not noticed her for so many days. I wanted to know her name.

My friend, who was sitting next to me, immediately noticed that I was staring at her. He started teasing me and associated me with her now. It was love at first sight.

I would not actually call it love. It was as if I had some kind of a deep crush on her at that time.

Unfortunately, she then got into a relationship with another guy from our class. So I stopped thinking about her. Later on, I got to know that they broke up because their parents got to know about their relationship.

I thought that I had only a temporary crush on her. Like all the other students, I too started concentrating on my studies because we had to appear for our board exams.

I saw her again only after 4-5 months. She was standing in a line to get admission in a college. I wished and prayed subconsciously that we both got into the same college and class. My prayers were answered and we ended up studying in the same class for 2 years.

I am a very quiet person. I find it difficult to talk with a new person. My parents and all my relatives and friends always say that I don't talk much.

At that time I thought I was an introvert.

There were around 70 to 80 students in our class. So I never got a chance to talk to her. In fact, I never came in contact with her. She did not have a mobile or a Facebook ID.  At least I could have mustered the courage to approach her in an indirect manner through these channels.

When we were on the verge of finishing our 11th standard, I saw her roaming around me. I thought that probably she too had a crush on me. I also noticed that her friends teased her when she was around me.

I did not take it seriously until the last day of our school. We had summer holidays for around 25 days. It was early in the morning. Our classes usually started at around 7 am.

I looked at her and she smiled. I became nervous and turned around. After some time, I looked at her. I thought she had a pretty angry look on her face. I also saw tears in her eyes.

Probably she was feeling sleepy since it was so early in the morning. But she was looking damn pretty. She never turned back to look at me again that day. Maybe this was because of the awkward situation that I had created for her.

When our holidays began, I couldn't stop thinking about her. In fact, I started loving her during the holidays.

She was my first love. I felt that my life was at an all-time high at that time. These were the kinds of changes that were happening within me because I was in love with her.

After the summer vacation, when our classes started again, my friends teased me and associated me with her name again. I think her friends were doing the same thing to her too. This continued until the end of the year.

And guess what – I did not approach her at all. I never got around to talking to her. She tried to give me several chances wherein I could have easily approached her. But I was very insecure and she ended up hating me. I was madly in love with her but I never talked to her.

Our 12th standard exams were over and we went to different colleges after that for graduation.

It has been almost 4 years now. I have not yet loved any other girl like her. I have not been in any kind of a relationship too.

Girls do approach me. But I always feel so insecure. I am scared to forge a deep bond of friendship with them.

I still love my first love. Who doesn’t? Even today, not a single day goes by when I do not think of her.

I still live with this regret because I feel we could have shared a great relationship.

I have this tendency of thinking too much about things. I think so much about it that I end up getting depressed. We know we are depressed when we have everything in our lives but are still not happy. I score very good marks in academics and my name is always on the merit list. But I can never be happy without her.

It was only after this happened that I realized that I was not actually an introvert. I was suffering from social anxiety. There is a difference between an introvert and a socially anxious person. An introvert is a person who loves to be alone. When he is hanging out with a group of people, he thinks, ‘This is so boring. What am I doing with these people? I would have been better off being alone at home.”

But socially anxious people are always unsure of themselves. When they hang out with people, their thinking is somewhat like this, ‘What are they thinking about me? This is awkward. If I talk they will start judging me.’

I realized that I was suffering from social anxiety. I did see her again a year back. I felt that my day would go well, even if I saw her only once in a day. I went to that place repeatedly just with the hope that I might get a glimpse of her. I was literally stalking her.

One day, I decided to approach her. I stood beside her moped. She came with her sister to the moped and pretended to ignore me. I called her by her name. My voice was probably so low that she never heard it.

She went off with her sister on her moped.

I felt like a ch***ya that day and felt depressed again. I decided that I would never follow her again. I changed my route so that I could avoid her.

But I bitterly regret one thing. I hate myself for being so socially anxious.

At such times I calm myself down by saying that at least I have learned what my ‘weakness’ was from this experience. Even today, I do my best to talk to new people and try to make new friends.

But I fail very often.

I have very few friends with whom I keep in touch regularly. I don’t even call them. But my true friends know me and they don’t get offended by this.

It has been more than 4 years now. Times have changed. She is on Instagram and has a Facebook ID.

But I tend to block her on social media because I know I can’t have her in my life.

Whenever I see her, my heart is on fire. I know I am still stuck in those times but I can’t stop loving her. I want to avoid seeing her again because I do not want to think too much about those days and feel depressed again. So I blocked her.

Life becomes easy when we learn to accept our weaknesses. I know that I have a socially anxious personality. So I try to complement it by working on my strengths.

We ALL have our FAIR share of strengths and weaknesses. We realize what our strengths and weaknesses are only when we expose ourselves to different situations in our lives. Only then can we work on our weaknesses and capitalize on our strengths. Let’s share this candid story so that he realizes that right now he is perfectly perfect the way he is. In time, he will overcome his inhibitions and grow into a wonderful human being.