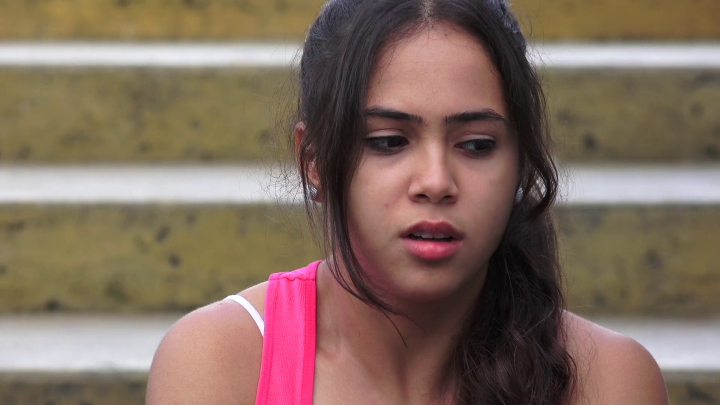 I was an innocent 16-year-old girl who hadn't experienced the ugly world.

It was during the festival of Navratri, I had gone to my friend's place to celebrate it. She was my best friend. She had an elder brother who I always knew had an eye on me but always ignored it. The evening was great and I was happy that I hadn't seen her brother but what happened at night shook me completely.

I don't remember the exact time but I do remember it was between 5-6 am. I have a problem of sleep in other places so wasn't able to sleep properly. My eyes were closed but I was awake. Suddenly I noticed that the room lights were on and I knew that my friend wouldn't on the lights so I slightly opened my eyes to see who it was. And, I saw him; her brother. I closed my eyes and tried to sleep. He was gone after two minutes. Then again sometime later, he came and this time he was standing right next to the place where I was sleeping.

Suddenly his hand came near my boobs and he touched them.

I opened my eyes slightly to see him standing there he pulled his hands right after. And he went out of the room. He enjoyed touching my boobs but the disgust which I felt had no explanations. A few minutes later, I heard his uncle (they live in a joint family) saying "Tu Ladkiyon Ki Room Mai Kyun Gaya Tha". I was scared, damn scared. I thought he might come again but thankfully, he didn't.

I couldn't sleep the whole night. I wanted to go home as early as possible.

After some time, I checked the time and thankfully, it was 6:30. I got up took my bags and went home directly. I informed my friend and went. The rickshaw ride to my home was terrible. After going home, I couldn't face my parents but for their sake, I had to fake a smile. Days passed by and now here I am afraid to go near any boy or to be in the lift with the watchman. I have lost all my confidence because I knew the world was ugly but I didn't know that a guy whom I have known for so many years and who comes from a well-cultured family could do something like this.

I hope it doesn't happen to any girl out there.

It always helps to talk to someone you trust about what happened. A family member, maybe? Share this story and let's show some love and support to her.