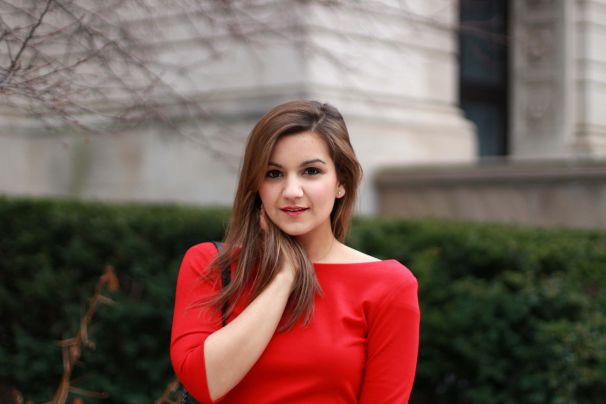 She had gone to the States after she finished school. She was returning to the city after two long years. And we – her school friends had organized a reunion for her.

She had changed quite a bit.

She now had a good dress sense. She had a classier personality and yeah – she even had an accent now. I knew I was the most eager person there. I had been waiting for her to come. We had been in school for five whole years.

But I had never told her or anyone else about how I felt for her.

In fact, I never told her anything after she told me that I was more like a brother to her than a friend.

Instagram was proof enough to tell me that she was dating someone back in the US. She seemed to be pretty committed to her guy. It didn’t affect me too much.

I was used to the pain because I had been feeling it ever since she left us. I knew it was one-sided love that made me think of her so very often.

I was discussing her improved dress sense with my other friends when she lit up that enchanting evening by walking into the room. She was wearing a backless red dress.

Damn! I knew I was not the only one who had fallen for this girl.

She came in and started hugging all her friends. I was standing right behind her because I wanted to avoid that hug.

I was too nervous to hold her.

What if I held her too tightly? What if I hugged her too lightly? I was mumbling to myself and she lost sight of me. We couldn’t even shake hands with each other. She went to meet her girlfriends and did what she was best at – she gossiped.

Other dudes were talking about how hot she had become after returning to India. We also discussed how we could have possibly dated her if she had never left India.

I was just staring at her. I thought of all the chances that I had missed back then. I could have simply told her how much I liked her. At the most, she would have told me, "NO!" Right now even a rejection seemed better than sulking. Just for a brief moment, I gave myself the liberty of considering this possibility: What if she had said “Yes!”?

I was totally lost in my thoughts when suddenly someone patted my back. “Hey! I thought you couldn’t make it today.” She was standing next to me. I wanted to tell her, “How could I even think of not meeting you?”

But I told her, “No. I was just around. Probably busy with some other guys out there. Tell me. How are you?” was all that came to my mind. “Everything is fine. We just came to complete all the legal proceedings to sell our properties here. We will shift to the USA permanently.”

I never imagined that I had a future with her. But even the prospect of never getting to see her again was breaking me.

“Wow! That’s cool. I hope it’s great back there with your – ahem – boyfriend.” She started blushing. “Yea. He is really into me. But it’s just a casual fling and I don’t expect anything out of it.”

We could not continue our conversation because one of her friends called her because she had something important to tell her. She hesitated a bit but she finally gave up and went with her. I spent the rest of the get-together looking at all the people who were so excited to meet her.

I knew that like me, most of them had a huge crush on her.

I stared at her and thought about the possibility of both of us being together. Suddenly I saw her coming towards me. I became nervous and started sweating bullets. Before she could come up with anything I said, "Let me know if there is anything I can help you with." She was rubbing her shoulders with her palms and said, "No. Actually, I was leaving because it is getting quite late. I thought it would be impolite to go away without meeting you because we couldn't really catch up with each other the usual way earlier in the evening."

I was touched by her gesture. I wondered what she had meant when she said, “THE USUAL WAY.” Did she want to hug me?

I tried leaning towards her slightly to embrace her. But my nervous introvert self got the better of me and I stopped myself from leaning completely towards her. I did not let anything happen. She wasn’t exactly taken aback by it. Maybe she wasn’t really expecting a hug from me. I knew I was just acting like a creep.

To hell with seeing her again. I wondered if I would be able to stand next to her after what I had done just now. We waved each other goodbye. A part of me asked me to just go and tell her how I felt about her. But my pessimistic self pulled me back.

I was still swinging between my bouts of optimism and pessimism when somewhere from deep inside I shouted her name, “ASHIMA.” She turned back as if she had been expecting her name to be called out. She excitedly asked, “Yes?” “Take care!” were the only worlds that I could come up with.

Let’s share this story because shyness is often misconstrued as nervousness.  Not all of us are extroverts. Not all of us are born with confidence. Only when we go through such painful experiences do we become more confident as a person. Let’s not criticize ourselves for being shy/nervous/under confident. Let’s be kinder to ourselves when we are unable to express our emotions to others. Life is not always about love. Often it is more about what we learnt when we loved someone.