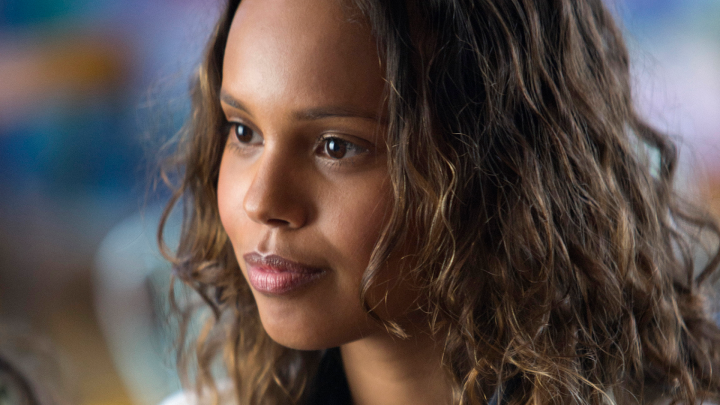 I met him for the first time when I was in college. He was the first boy with whom I had a conversation because in our college the boys and the girls did not talk with one another. I had studied in a co-educational school. So, I found it very suffocating to talk with only one section of the class, i.e., the girls.

One day, there was some kind of a strike in our college. While I was returning from my class, I saw him and inquired about the strike. I had seen him in our class and thought he would know something about it. I then introduced him to all the other girls including the ‘diva’ of our class.

That day marked the beginning of a new era of girl-boy friendship in our otherwise orthodox classroom. All of us gradually became one big group and started hanging out, eating and gossiping together.

He would come early by train and all of us would slowly trickle into the college premises. After a while, he started pressurizing us to come early because he would get bored waiting for the classes to begin. He was fun to be with but I could not manage to come so early every day. But the ‘diva’ of our class always accompanied him. After a while, he cleared some exams and had to attend a training session.

I was a bit envious but felt sad too. I was envious because he had managed to settle down in his career before me and sad because I felt my friend was leaving me.

He came home to visit me before he left. That day, he confessed that he loved someone. But he did not tell me her name. I guessed immediately that he had fallen in love with the ‘diva' of our class. Initially, he denied it but later on, he agreed that I was right.

He made me promise that I would never discuss this with her or anyone else. He said that she had already rejected his proposal. He did not want to lose out on her friendship now.

I felt very bad for him and wished he could get what he wanted. Eventually, it was time for him to go. But he would always call me up once or twice in a week. We continued to remain good friends. When he came back, our entire group including ‘diva’ went to meet him.

They were very secretive about their relationship now. But such things could never be kept a secret. The news spread like wildfire.

Rumours about their alleged affair were floating around in the college. I too was questioned by many people many times. But I was always extra careful about speaking about them.

Not once did I indicate that both of them had some connection or liking for each other. I guarded his secret with all my heart.

When someone asked me about them, my standard answer would be, “I don’t know.” I did not discuss this with ‘diva’ too though we met every day. He left after a while. But one day he called me and asked me if I had said anything to anyone about their alleged affair.

I told him that I had not done anything of that sort. But he was not ready to believe me.

I told him that whenever anyone asked me about them, I had always told them that I did not know anything. I then told him that it was up to him to take a call on whether he wanted to believe me or not.

He broke off all ties with me after that. I was very hurt and upset.

I met him once accidentally. Even then I tried to convince him that I had not done anything wrong. But he had become a different person by now. He blamed me saying that I had done it on purpose since I had developed some feelings for him.

He said I wanted to separate ‘diva’ and him. That was the last day I saw his face.

I was still in touch with ‘diva’. I asked her if I had ever told her anything about her relationship with him. She too said that I had never done any such thing.

As luck would have it, ‘diva’ and I started working at the same place and we were in touch with each other. After a few years, ‘diva’ called me one evening and asked me to meet her. She broke the news that she was finally getting married to him. I was shocked because I knew he must have gone through a tough time.

But I was very happy for him because he could finally be with the girl he loved.

The saddest part of the whole thing was that ‘diva’ invited me over an email along with 100 other people. I was their college friend. I thought I deserved a proper phone call at least. After they got married, I needed some help from ‘diva’.

But she had become a different person altogether now. She said she could not help me and stopped talking with me.

It has now been ages since I have talked with either of them or even seen them. All of us have moved forward with our lives. But one recurring question continues to haunt my mind. Where had I gone wrong? I had guarded his secret. I had desperately prayed for him so that he could get married to the love of his life.

And all I got in return was unfair allegations, disrespect and blame.

What did he get by doing this to me? Was it easier for him to blame me because I was only his friend and she was his love? Did it never occur to him that he had wronged me and that he should apologize to me? Both of them simply showered accusations on me. I ended up bearing the brunt of their conceit. It hurts.

It’s easy to blame someone else when things sour up in our relationships. We do this when something goes wrong in our lives too. We blame the circumstances, the timing and even our destiny without thinking twice. Let’s share this candid story so that we learn to identify and accept our flaws and mistakes. That’s a responsibility we really must shoulder.