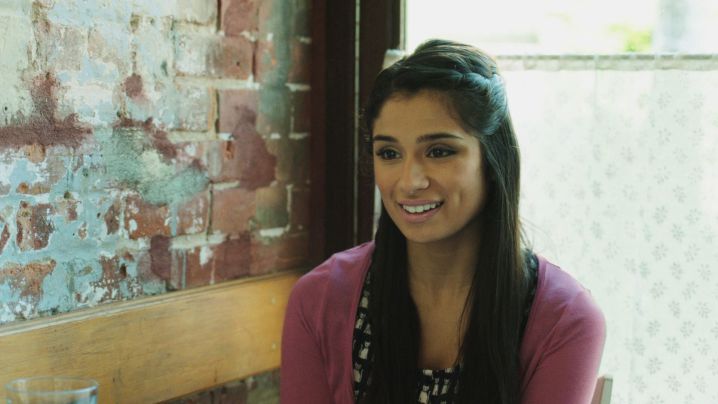 I am a simple girl. I belong to a non-orthodox family. Eight years back, when I was 20, I met a guy and fell in love with him. He was 25. We dated for about two years. But most of the time we just Skyped each other because he lived in a different state. Both of us were studying at that time. So it was not very convenient for us to meet frequently.

Initially, things between us were quite good. But his family started looking out for him when he started working. He told me that he would talk about me to his family but he was very indecisive about it for two reasons. His family had found a suitable girl for him from his circle of relatives. And I got an offer to continue my studies at a foreign university. So he would have to wait for two more years if he wanted to marry me.

We had a messy fight because he was not able to take a stand for me. We broke up after that.

A year later, when I was 24, I started having health issues. I fell sick frequently. Some of our common friends told him about it.  He was already married at that time. But he called me to find out if I was fine now. He then started calling me constantly on Skype to check on me. One day I asked him if his wife knew about his calls. He told me that he had not mentioned anything about me or the calls that he made to me to his wife.

I did not want his wife to feel that I had cheated on her. I knew she would feel hurt if she found out about his calls. So I angrily told him not to call me up again.

So my chances of becoming a mother were pretty slim now.

Towards the end of the year, he called me on my birthday to wish me. He then announced that he would be leaving for Ireland because his company had posted him there. I had completed my higher education by then and had returned to my hometown. I told him about my health issues when he inquired about me.

He asked me if we could meet for the last time before he left for Ireland. I said I would meet him only if he came to see me with his wife and daughter. He immediately chickened out. So we never met.

He left for Ireland after a couple of days. I then went through a bad phase for about a year. I lost my dad and grandmother within a year. My relatives were not of much help to us. I had to quit my job because I could not handle the pressure. I then took up a simpler job. I now earned a lower salary. I could just about take care of our household expenses and my mom’s medical expenses. I continued to face health issues whenever I felt stressed out.

I didn’t really have to trouble my mom or anyone else. I could manage everything on my own independently.

I got a call from him again after a few months. This time he was visiting a place near my hometown. He asked me to meet him for just 10 minutes.

I agreed because deep down, I too missed him. My mother was the only soul who was concerned about me.

We met at a coffee house and chatted for almost 2 hours. I realized that I still felt deeply about him. I felt even worse when he confessed that he too felt deeply for me.

He regrets his mistake now and feels he should have taken a stand for me 6 years back. The main thing is that he loves his wife and kid. But he still feels guilty for what happened between us all those years back.He pities me now and thinks that because of his mistake I am facing all these problems in my life now.

I told him that all these things happened because they were meant to happen. There was absolutely nothing that he or I could do about it. He did agree with me but I knew he felt that he had to look after me and make things better for me.

I did not admit my feelings to him because I didn’t want to break his family.

Life needs to go on. Yes, I am alone now. I am fighting all the battles of my life single-handedly. But I have to do so.

I know God is always there with me. I know that my dad’s and grandmother’s blessings will always guide me all through my life. He has promised to keep in touch with me. He has also promised to introduce me to his family someday. A few days after we met, he left for Ireland again.

Let’s share this story because it takes a lot of maturity to take complete responsibility for our emotions, thoughts and lives. Most of us struggle with this. We conveniently blame other people and/or circumstances for the challenges that we face in our lives. Maybe some things are preordained. Maybe we all can really create a life of our choice. Who knows? Who really cares about such things? As long as we do our best to lead a peaceful life – nothing else matters.