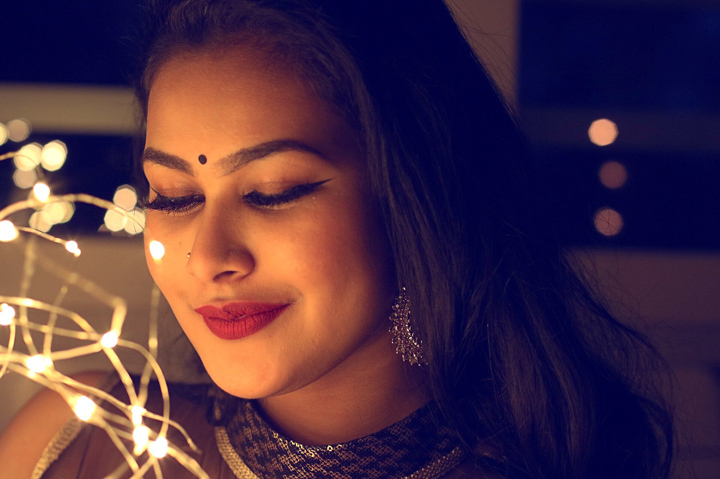 I first entered into a relationship with a guy named Joy at the age of 17.

I thought he was the perfect match for me because we were having a great time in our relationship.

But I guess life has its own ways of proving us wrong. As we moved on with our relationship, I realized that he had started controlling me. He forbade me from doing several things and started acting like a typical male chauvinist pig. It did not take me long to realize that he was just using me to satisfy his fantasies. One fine day he expressed his desire to make love with me.

I was shaken by what he did to me after that. I can still feel that pain!

He broke me emotionally that day. He then left me saying that I was of no use to anybody and was an immature girl. His words hurt me a lot.

It took me a lot of courage to move out of that relationship but I respected myself enough to do this.

I walked away with a strong sense of determination and decided that I would never get attached to anyone anymore. I knew I lived in a beautiful world.

But I was appalled to see people treating other people as ‘things’ here.

People just used people whenever they felt like it and then left them when they got bored. So I decided to focus on my studies.

More than a year later I was surprised by a sudden turn of events in my life. I had not expected any such thing to happen in my life again but I guess life always has different plans for all of us. Winter had already set in when I noticed a guy following me on my local bus. I would always take the local bus to go to my university. He had been stalking me for well over two months but I had ignored him.

Despite the strong façade that I always put up in public, I knew that somewhere deep inside I was a lonely person. So I decided to initiate a conversation with this stalker guy.

The very next day we sat beside each other on the bus and exchanged looks. He had black eyes, silken hair and sported a beard. He wore an orange shirt with a pair of black jeans. I carry this first impression of his in my heart even today.

I thought that the matter would end there. But the very next day I got a friend request on Facebook from a person called Param. I recognized him when I saw his profile picture and accepted it.

But I was very hesitant and reluctant to go ahead with this relationship.

On the other hand, I lived away from my family and often felt lonely. I knew that I could overcome my feeling of loneliness if I had spent some time in his company.

I also knew that I was making a mistake because I was keeping in touch with him for my own selfish motives. But I chose to follow my heart.

Soon a simple conversation turned into chats over WhatsApp. The chats turned into calls and the calls turned into meetings. I loved being with him and soon became habituated to his company. Our friendship grew from strength to strength.

I started liking every small thing about him.

He would cheer me up whenever I was feeling low or jealous or insecure by calling me ‘mera sher’. He cared for his mother, father, sister, cook, friends and best friends too.

It did not take me long to realize that he gave his best to all his relationships.

After a few months, Param felt that we shared a bond of love. He wanted to give our relationship a name now. One night he took me out for dinner. Everything was beautifully set up. Red and white balloons swayed in the gentle breeze. The table was decorated with red roses. Soft music was playing in the background and the food was simply superb. He even gifted me chocolates.

He had kept all my preferences in my mind that day.

Yet I could not ignore the tiny voice that was warning me. I wondered if I was making a mistake. I was scared of going in the wrong direction again. And then he said, “I love you.” It was indeed a fairy tale like proposal and I knew all girls dreamt of this.

I knew Param loved me unconditionally. But somehow I was not yet ready to accept his love. I guess the wound that my first love had given me hadn't yet healed completely. I wondered how I had managed to come so far ahead in this kind of a relationship again. I started getting goosebumps on my body because I really thought I was repeating the same mistake.

I did not want to live with regrets again.

Yet I knew I liked him. Maybe I even loved him. But the fear of getting cheated again held me back from expressing my true feelings. He said, "Sweetheart, I cannot predict the future. But I shall wait for you. Take your own time to decide."

We stopped seeing each other for some time. And I realized how badly I missed him. I could not hold back my feelings for him any longer. I could not hold on to the promise that I had made to myself all those years back either. So the next day morning I confessed to him. I told him everything about my past and about how uncomfortable I was with the idea of making love. It was at this time that I realized how my past could really end up ruining my future. I hid nothing from him that day.

It was then that I realized that love was more of an emotional attachment between two hearts. It was not always about a physical relationship.

He spoke like a gentleman that day. I knew I could definitely not afford to lose a person like him.

I was blushing by now. I sighed because I realized that not all people are the same. I held his hands, looked into his eyes and said those three magical words. I promised to be with him forever.

Yes, sometimes it is worth waiting for the second chances that life offers us. And Oh Yes! We have been married for seven years now and intend to live happily ever after!

If there is one thing that we all need to learn from this story it is to gather the courage to let go of our past painful experiences so that we can create a beautiful future for ourselves. It’s a tough deal. But we simply have to do it if we want to bask in the beauty of our own lives. Do share this story if you too believe in this mature couple’s concept of true love.

Also Found in Love , Relationships , indian woman , happily ever after .