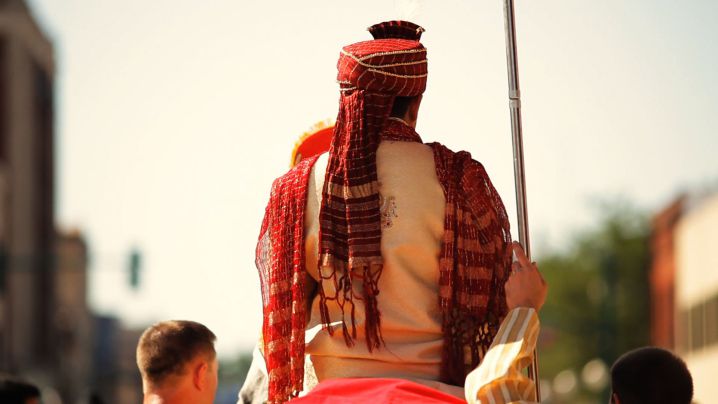 My love life started when I moved to New Delhi. The company I was working with at that time had sent me to Delhi for a three month long project.

I was staying at my uncle's house because that was the most affordable option in Delhi, and that's where I saw this beautiful girl next door. I was instantly in love with her. I wanted to talk to her but didn't find the courage to do so. I somehow asked my uncle's son to get her phone number for me and surprisingly he did fulfill his task. Even though I had her phone number, it took me three days to gather the courage to send her a 'hi'.

Now just because this was my first time doing such a thing, I had no idea what to talk about. So the very next message was 'will you marry me?'

I was scared to death after typing that question but to my surprise, she replied with a YES within a few minutes. I never thought she would say yes but she did. Now we used to talk all day and night and eventually got married (I still don't know why she said yes then, maybe I looked too cute back then).

We were happily married and so happy that I always used to sleep with a smile on my face. Everything was good until I got a Whatsapp message. I used to work night shifts and one night when I was at work I received a message from an unknown number with tons of snapshots of Whatsapp chats.

As soon as I downloaded those snaps I found out that those were the chats between my wife and a guy who lived in another block of my apartment.

I instantly went back home in the middle of the night and confronted her. I felt really sick that night. We had the worst fight and I ended up asking her for a divorce. As soon as I told her that I needed a divorce, she started telling me everything that was wrong between us and how she still loves me and doesn't want to leave me. She cried all night asking for my forgiveness and I just couldn't see her in tears so I had to forgive her and even try and forget what she did.

It's been a year since then and I still can't forget that moment and the pain I felt that night. I still love her but not like before. I don’t want to stay away from her but that single night shattered my whole life.

BAKKAR. CHAI. SUTTA
LIFE IN THE TIMES OF CORONA
Your Stories
YOUR STORY
The Golden Bird
HOW'S THE JOSH