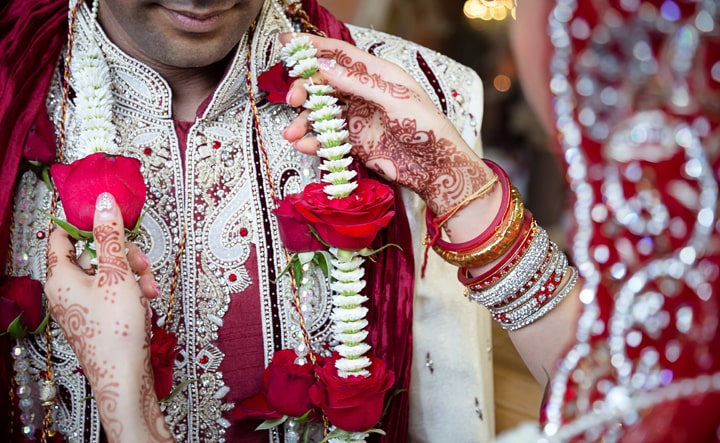 Aisha, 23, single, dated here and there but never met anyone who was really compatible with her. People advised her to settle with someone since all her friends had almost settled down with their respective partners. Of course she wouldn’t have done that then or even now.

It’s really a long story on how I met Aisha but we were drawn to each other. I still remember the pink traditional attire she wore. Her hair neatly tied in a half up do with a strand falling on her cheeks. She was a family friend who sat there in a corner getting her hands colored with henna. Those two days of crossing paths at a mutual family member’s wedding and flirting with eyes, we happened to finally strike a conversation. That day we spoke for the first time, surrounded by friends and family. It was really crowded yet we managed standing there in the middle of the crowd, talking a little bit about everything.

She knew I was married and there really was nothing she could expect out of me. I was nearing 32 back then. I am a man with a strong jawbone and youthful spirit (That’s how she describes me). Music is in my soul and blessed with a melodious voice completes me. I liked quirky independent movies. As an amateur photographer, I love to travel, explore new places and capture moments as a part of my new found hobby.

Aisha was everything I ever wanted in a partner. When I did something, for some unknown reason I wanted to tell her about it. Aisha is creative, strong headed, curious, silent observer and passionate, which are my big filters. She’s amazing to spend time with. Whenever we’ve been together, time literally flew by. This was just the beginning…

It started very casually at first, a year of catching up on texts, Facebook and IM’s. Gradually it was coffee or a movie or lunch. Aisha soon became an inhabitant of my world amidst shadows of my personal life. She was the sole person who quietly observed well enough for me to open up my life’s pages unknown to people. It was something which in the past years my family and friends couldn’t even guess. As time passed by, it unexpectedly turned physical too. Sex was just amazing. Partly because it was freeing, body-issues-be-damned, hot, sweaty sex. Moreover, it wasn’t expected that this would come our way. It was perhaps because of the thrill of it all made me feel so good and alive. Together we pushed the envelope farther and farther getting caught up in the tawdriness of it and in each other.

If you look past the one, giant thing of me being married (she’s single), we had an incredible relationship.

The communication was apt, physically we were dynamite. Emotionally and psychologically, we happened to blend so well as if it was a perfectly solved puzzle.

This would be easy to write off as a “mid-life” thing or “Four Year Itch” or “the neighbor’s grass-is-greener fantasy”. Neither of us saw it that way at all. Considering the age difference I had second thoughts but looking at Aisha; well, as per age she was different and matured in a way that there were times I couldn’t even think of solutions she suggested. Till a few years back, I was unskilled in the world of deceit. Genuinely had no feelings for my supposed wife in about four years which started soon after we got married. Soon enough, being less than even a fortnight. I had a love marriage. My wife was guilty of infidelity. I never considered me and my wife as ‘Soul Mates’. We dated for two years after completing post-graduation and married pretty much because of inertia.

It killed me every passing day because I didn’t love her and I couldn’t treat her like she should have been treated. Compromise was certainly not my cup of tea. There were no second thoughts about the fact that my wife was a good person, and not one of the bitchy type people who usually come across. She’s a nice woman, just not the one for me. I stayed in that marriage for four long years only because I didn’t want to break my family and because I always had this sense of duty towards them.

Aisha became my driving force and changed my outlook towards life a bit which I missed.

No. Aisha was not selfish, not even a marriage breaker, neither was she the “other girl” in my life. How can this relationship be even termed an extra marital affair? No it can’t be… We make the society and we decide tags. She is that companion who understood and felt how clogged I had been in my own life. She was standing by me through thick and thin even when there were chances of me disconnecting from my family. Both of us communicated all the time via text. I used to hate lying to my wife about it though, but as a fact, I was not answerable to her anymore. For me, the risk of being with Aisha had always been worth it.

I finally spilled beans to my family about my failed marriage which was a task in itself. Considering societal pressures and questions, my family initially requested a compromise. It was surprising to note how people “compromise” with their lives in search of “happiness” despite knowing they aren’t happy themselves! Given the brighter side, for the first time I felt presence of a few family members in life who truly cared for me while there were some “close” family members busy showing colors by tarnishing my name.

Flame away. Or given something to think about, I didn’t want to live the next twenty years of my life in a loveless marriage. Perhaps, I won’t step into marriage again ever. It is the intensity of a relationship that matters just the way it means to Aisha. I didn’t ask for this to happen. I wasn’t out looking for an affair either. If it was with someone I just met, I would have said no which I have done earlier too. But given the person that I am with, there’s no way it wasn’t happening. I wanted it. I wanted to live again. Both of us are aware that we might not have a future together however; I can’t wait to see Aisha again.

I and Aisha are no longer passive observers of our lives, but an active one. We made choices instead of allowing things to just happen. As much as it has been a defining moment in our life, we think of it now fondly. In simple words, we are ready to take up any hurdle.

What happens next is still a mystery…

Finally I found a space where I can talk about what I’m feeling and it feels great to just pen it down. This is my story. Many would be able to relate to it. There is nothing here which portrays anything offensive. It’s simply a heart-warming story of an individual who took a call to bring back sanity in his life more than happiness. I’ve come across many such confessions related to infidelity. I’m guilty but I don’t know how it’s bad. I only did it to find my peace of mind. For me, it’s one life and “Compromise” is never a solution.